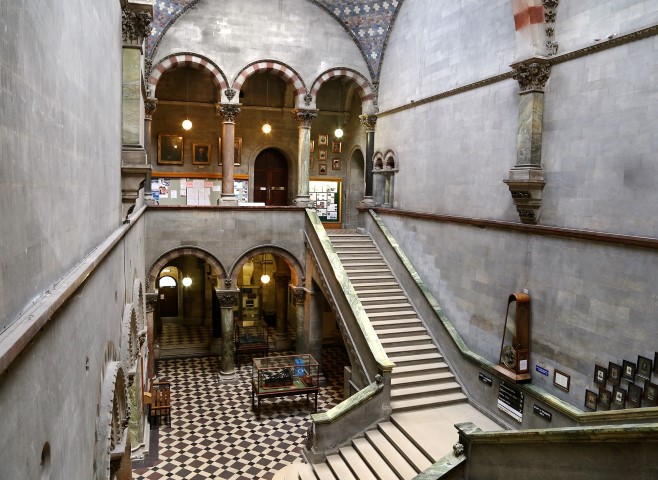 The Book of Kells is one of Trinity College’s main tourist attractions (as well as its biggest extracurricular funding sources), but it is not often visited by students within the college. With student cards granting you free access, it is worth taking advantage of the opportunity to see this Irish cultural icon. The exhibition is very informative: it teaches us how manuscripts are made, as well as exploring the influences on the imagery in the Book of Kells, and showing the tools and pigments used by the scribes and illuminators. The Long Room library above the Book of Kells exhibition is stunning – the closest thing to Hogwarts in Trinity – and the exhibitions are well worth a visit. The current exhibition Upon The Wild Waves, which runs until April 2015, explores mythology in children’s books. Featuring biblical, Arthurian, Polynesian, Greek and Celtic myths, it’s is a varied and exciting exhibition featuring works that range from picture books to graphic novels. The exhibitions in the Long Room recently have focused on Brian Boru, the history of the library at TCD, and music in the library’s collection. The Long Room also houses the Brian Boru harp, and a copy of the 1916 Proclamation.

Visitor Services Manager Anne-Marie Diffley states that the Long Room “has to be Ireland’s greatest interior space”, and combined with the experience of viewing the richly illuminated Book of Kells, it gives visitors an insight into “Ireland’s rich cultural heritage”. While The Old Library is the most famous jewel in Trinity, there are even more interesting hidden gems to be found throughout the campus. 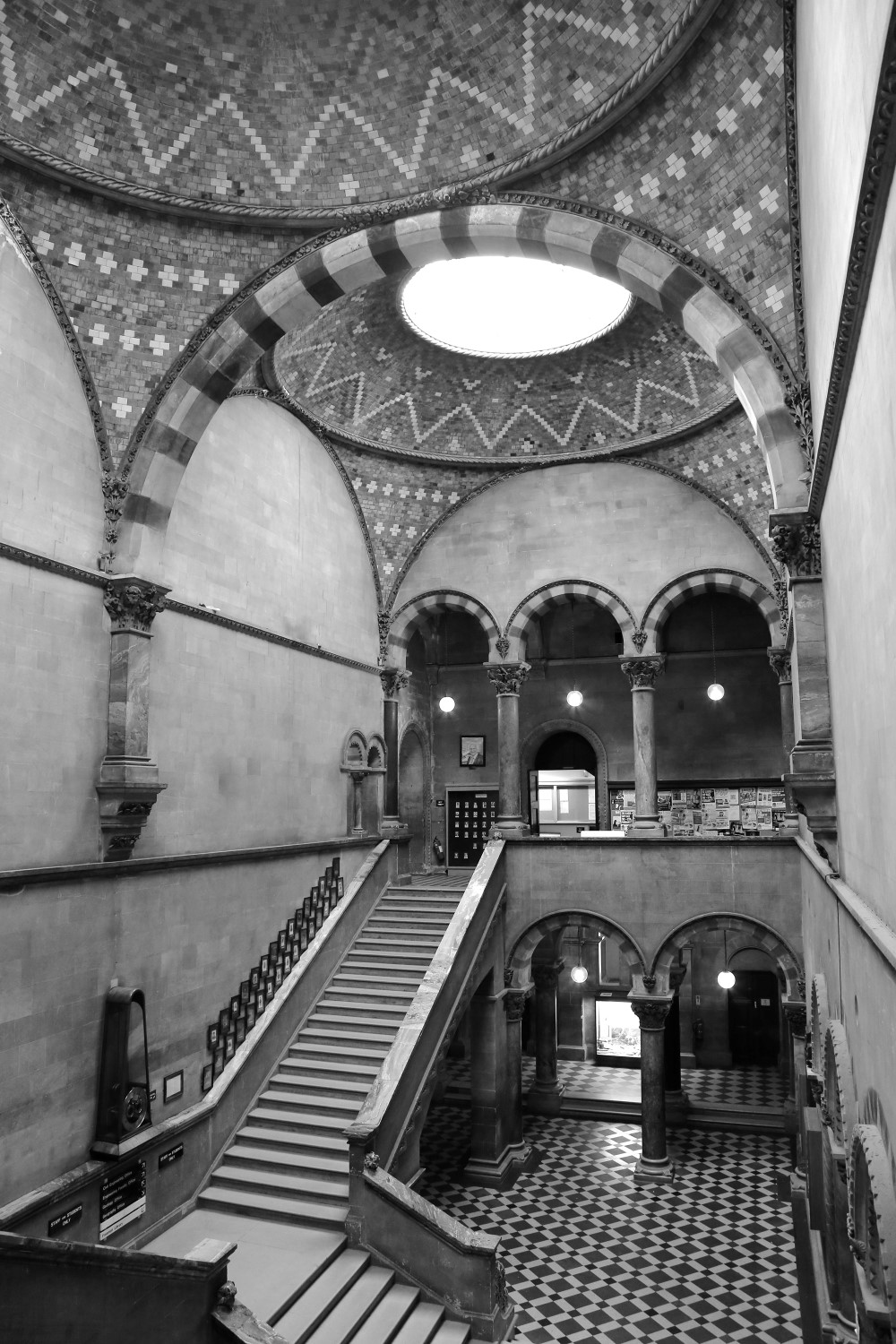 Museum Building
The Museum Building is arguably the most beautiful building on campus. It is popular with visitors, with 7,000 visiting on Culture Night. Designed by Woodward and Deane, it was built between 1853 and 1857 and was the first Venetian Gothic building in Ireland. The architecture is reminiscent of Venetian palazzi and Byzantine architecture. The exterior is faced with granite, with creamy Portland stone used for the carving, a combination that is distinctive of Dublin architecture. The carvings with floral and foliage motifs hint at the building’s function – it houses the Geology department. Dr Patrick Wyse Jackson, curator of the Geology museum, encourages visitors to closely examine the carvings and find their own favourite animals. Equally magnificent is the building’s interior. The coloured columns show a variety of Irish limestones, polished to look like marble. The polychromatic interior features a domed ceiling decorated with enamelled bricks and an imperial staircase with a green Connemara marble rail. The Geology Museum houses many interesting specimens, most noticeably the skeletons of two giant Irish deer. There are some displays in the Museum Building, but the majority of the collection has been moved to a new location on Pearse Street. Dr Jackson hopes the museum will open there by Easter, and is maintaining the Victorian style of display. The collection, comprising about half a million specimens, is for the use of students, researchers and the general public. It is a working collection – Jackson recalls that artefacts have even been used as props for stage plays around Dublin and in Trinity.

Douglas Hyde Gallery
The Douglas Hyde Gallery is located in the Arts Block tunnel. It is one of Ireland’s leading venues for the display of contemporary art, and the shows feature different, exciting and challenging artworks. The cavernous gallery offers a quiet space for contemplation and the appreciation of art. It hosts a number of exhibitions throughout the year, featuring works by both Irish and international artists. Gallery Assistant Rachel McIntyre said that more often than not, when an international artist is exhibiting in the gallery, “it is the first occasion their work is seen in Ireland – so there is always something new and unusual to see.” The current exhibitions showcase works by Niamh O’Malley and Mairead O’hEocha. The exhibitions run for three months, and upcoming exhibitions this year include John Moore, Contemporary Painting Prize winner Rose Wylie, and Italian photographer Luigi Ghirri. Each year, the exhibitions in the gallery have a subtle theme. This year, the artists have chosen to “observe contemporary life and use the familiar language of popular and vernacular culture to offer an alternative perspective on the world.”

Early Printed Books
Early Printed Books is a hidden gem in the TCD library. Librarian Shane Mawe states that ‘“with such large and varied collections, I can confidently say that we can offer items of interest to every faculty and school in the College.” Going to Early Printed Books is an adventure in itself: it’s down a tunnel and up a winding staircase. You can escape the Arctic chill of the Berkeley and enjoy the opportunity to explore some incredible books – such as a first folio edition of Shakespeare’s plays (1623) and a first edition of Jane Austen’s Mansfield Park (1818). The Early Printed Books blog Tales of Mystery and Pagination has interesting posts about these books and other titles from the collection. The staff are welcoming and eager to assist students with their research. Early Printed Books also houses The Pollard Collection, a collection of over 10,000 children’s books collected by Mary “Paul” Pollard, former Keeper of Early Printed Books, over a period of 50 years. It features a significant number of works by Maria Edgeworth, schoolbooks and a copy of In Fairyland (1870), Richard Doyle’s masterpiece. When asked about his favourite book in the collection, Shane Mawe chose the collection of recruiting posters from the First World War (which can be viewed on the library’s digital resources page) and Johannes Hevelius’s Machina Coelestis (1679). ‘With such a varied selection to choose from my favourite title changes by the day, if not the hour.’ 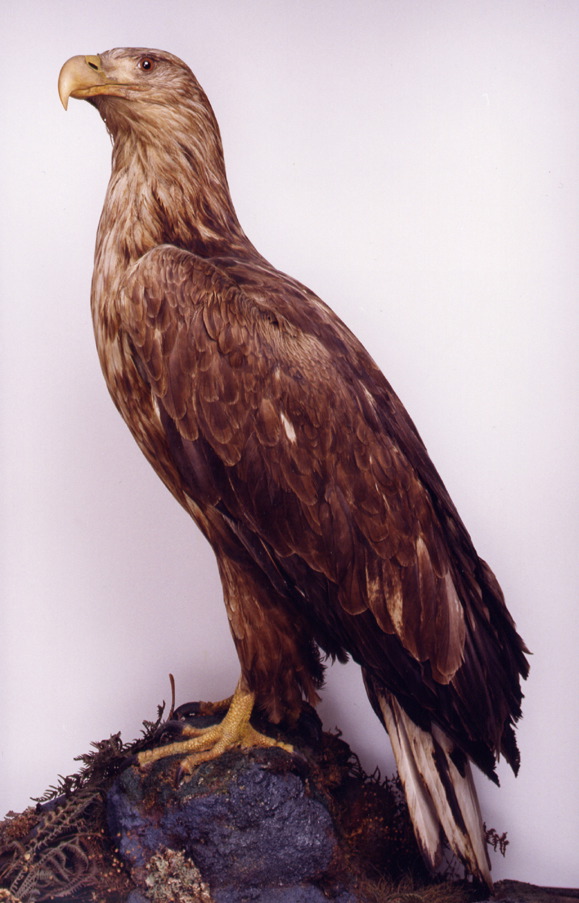 Zoological Museum
The Zoological Museum features species from all the animal groups, in a collection that is over 200 years old. Highlights include the only Great Auk in Ireland, the Blaschka glass models of marine life, the elephant skeleton (‘Prince Tom’), a white-tailed sea eagle, and a Tasmanian wolf. It is a nationally important collection, with 25,000 specimens, and is soon to be Ireland’s first accredited zoological museum. The museum was founded in 1777, and moved to a purpose-built building in 1876. With more space being used for teaching and offices, the museum now occupies a smaller area on the first floor of this building. Throughout the year the collection is used for teaching and research, but it opens to the public during the summer, with over 5,000 people visiting the museum last summer. When the collection is open to the public, graduates of the department give guided tours of the museum and short talks about animals. Dr Martyn Linnie, curator of the Zoological Museum, describes it as “Dublin’s best kept secret” and emphasises the interactive nature of the museum. There are objects which visitors can handle, including bones, tusks and shark jaws. The guides also explain the stories behind the objects. Dr Linnie told me about Prince Tom, an elephant belonging to Prince Alfred, who caused a stir when he accompanied Alfred on a trip to New Zealand. On the ship, the elephant helped with the sails, ate the same food as the crew, and drank barrels of rum. This summer, a new interactive element will feature iPads funded by the Trinity Foundation. Dr Linnie explained that this will enable visitors to see animals such as the pygmy hippo in their natural habitat and learn more about the species in the collection.

1937 Reading Room
The 1937 Reading Room is for the use of postgraduate students. The building stands proud in Front Square, but is one of the lesser known buildings on campus. The classically inspired, octagonal room was designed by Thomas Deane, and is intended as a war memorial to honour those linked with the college who fought in the First World War. The names are recorded in inscriptions inside the building. The inscription NIKH is an allusion to Nike, the Greek goddess of victory. The laurel wreaths in the entablature also symbolise victory. The idea of a memorial was proposed as early as 1919, but the building was not completed until 1937. The building also has a claim to fame in Hollywood, as the debate scenes from the film Michael Collins (1996) were shot there.

These are just a selection of the gems of Trinity College, all easily accessible to students, so there’s no excuse to venture beyond the Arts Block or the Hamilton and explore the secret treasures of the campus.