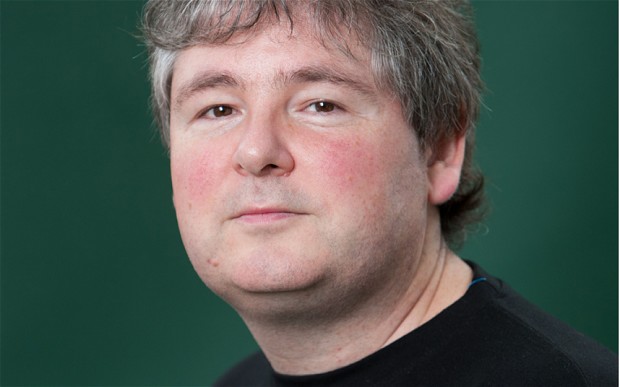 He’s revamped vampires, he’s terrified a generation with chess- playing daemons, and now he’s breathing life back into the undead with his new series Zom-B. Horror master Darren Shan talks post 9/11 politics, writing with both younger and older fans in mind, and the mentality needed to be an author.

Mr Shan, thank you for taking time to talk to the paper! Most students here are familiar with your Darren Shan and Daemonata sagas having grown up with them, but perhaps less so with your newest series Zom-B. For any lapsed children reading this, give us a flavour of B’s adventures so far. The books tell the tale of a teenager caught up in the mayhem when zombies attack London. But this is no normal living vs the living dead story. I wanted to do something very different with Zom-B and get away from the normal zombie genre parameters. As much as this is an exciting, fantastical tale of undead brain-munchers, it’s also a sobering look at the world post 9/11, at the rise of racist tendencies and right-wing parties across the world. It’s a morality piece, a warning of the dangers we face if we don’t stand up to the monsters in our midst. When I started the series several years ago, it was with the likes of the BNP in the UK and the Tea Party in the USA in mind. Since then, unfortunately, the world has added plenty of new players to the mix, so it serves equally well today with UKIP.

Zom-B tackles some major themes – religion and racism are explored again and again from different angles. How have you found addressing such themes? It’s been good to feel as if I’m doing my bit to try to stand against those who prey on our fears, who appeal to the lowest, most seclusionary levels of our nature, who attempt to turn us against one another. We should never let fear decide how we make our choices, or allow fear-mongers to direct the course of our lives. I don’t know if my books will do much to stem the rising tide of the various Us against Them parties, but at least I’m trying. If we all do our own small bit, maybe as a group we can swing things back to rationality and humanity.

Do you feel in Zom-B that you’re still writing primarily for a Young Adult audience? For those of us who picked up Lord Loss as a kid and are now in 3rd– level, would you recommend picking up Zom-B? Yes, these are still very much books written with a YA audience in mind, but as with all my work, they tend to appeal to older readers too. As a teenager, I felt pleasantly caught between the worlds of childhood and adulthood, and I enjoyed partaking of the pleasure of both, i.e. I might read a Roald Dahl book one day, and John Irving or Kurt Vonnegut the next. With my books, I try to keep a foot in both camps, telling stories that are accessible to my younger fans, but which also have enough meat on them to hold the attention of adults too. It can be a delicate balancing act, but I think I’ve got away with it so far.

Your books have always waded in blood and violence; the Daemonata series in particular at times was just… gruesome. Do you ever worry about bringing such gory themes to a young, impressionable audience? How have you found handling such explicit material in YA books? No. My publishers were very worried in the early days, not so much about the level of gore (since The Saga of Darren Shan wasn’t especially gory), but about the more adult-feeling elements. But in the fifteen years since Cirque Du Freak first came out, there has been no discernible backlash against my books. The key is having a moral backbone. I don’t sever heads and chuck guts around in my stories just for cheap impact. Everything that happens in my books serves a higher purpose. I write stories about characters who overcome great odds, who stand alone in the face of evil and refuse to blink. They’re empowering books for children and teenagers, in which I use the genre of fantasy to say to them that this world can’t break them if they stand true, that they can recover from any blow, even the loss of a loved one. Having said that, I also write books for adults – I’ve published four under the Darren Shan name, and my latest, The Evil and the Pure, as Darren Dash (in eBook format only). If I have a story that I feel isn’t suited to a younger audience, one that operates on a more morally dubious level, then I work it towards my more mature readers.

Having collaborated with the wonderfully talented Warren Pleece, will you be able to go back to no illustrations with your next series or are there benefits to working alone? I didn’t really collaborate with Warren. My publishers hired him to illustrate the books. I’d discuss with my editors what images to use, and they would then forward on descriptions to him, and he would work from those. Having said that, I love what he did, and I definitely think the drawings work well with the text. I’m not sure if it’s something we’ll do again in the future, but I’d certainly be open to the idea.

Who’s your favourite character you’ve created and why? Mr Crepsley, from The Saga of Darren Shan and The Saga of Larten Crepsley. He was a character who evolved immensely over the course of two series. I learnt new things about him even in the very last book in which he appeared.

If you were designing an English Lit course, what three horror books would you consider essential reading? Dracula by Bram Stoker. It by Stephen King. The Books of Blood by Clive Barker.

Who is your favourite Irish author currently on the scene? Well, on the YA front I greatly enjoy the books by Eoin Colfer and Derek Landy. But I’d probably have to cite John Connolly as my favourite, not least because he proved with The Book of Lost Things that he can write great books for younger readers as well as his regular adult audience.

Do you enjoy being an author? Is it a career path you’d encourage people to follow? Yes, it’s brought great joy and contentment to my life. It’s by no means an easy profession, so I’d recommend caution to anyone setting out on this path – be very sure that it’s a career you want to commit yourself to. I view it as more of a vocation than a job – I do it because I have to. If I wasn’t getting paid to do it full-time, I’d be doing it as a hobby in my spare time. You’ll have to spend a lot of time working on developing your craft. You’ll have to write lots of bad stories before you’re able to tell a good tale. It’s a lonely job, one that compels you to work in isolation. And at the end of all that, you probably won’t make enough money to be able to support yourself – only a small percentage of published authors can afford to do it full time; the majority have to support themselves through alternative work. If you’re willing to accept all that, then roll up your sleeves, cast the dice, and see where you wind up. But your goal should be to write the very best stories that you are capable of writing. Lots of great authors don’t make the bestseller charts. If quality is everything to you, then you will develop and carve out a career that you can be proud of. If a healthy bank balance is your prime concern, maybe you should think again…

And finally, on a scale from blink to life of a fruit fly, how long do you think you’d last in the Zombocalypse? The question that intrigues me more is, would I want to survive? If we lost so much of our humanity as a species, would I want to continue? Some days I think yes. Other days I worry that maybe the answer would be no. Hopefully I won’t be pushed for a definitive answer any time soon!

Darren Shan’s newest book, Zom-B Bride, is out on February 12th. Whether you’re a long-time fan or have never read a single book of his, I highly recommend you dive into his poignant and thought provoking post-apocalyptic world of monsters and the zombies that feast on them.