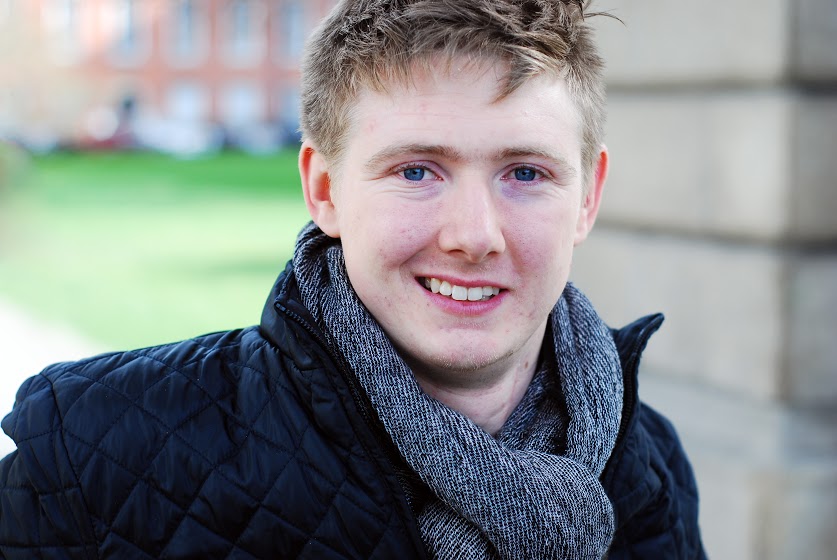 Niall McCabe for The University Times

In the first week after my injury, I remember lying in a hospital bed and miming to my friends through a mouthful of tubes, asking them to contact the Pharmacy Department and let them know that I’d be a few weeks late getting back to college. I suppose there’s a lot to be said for the strength of some of the pharmaceuticals they put you on in intensive care. Once my head was clear and I gained some perspective on the situation in which I found myself, it remained my goal get back to college, it was only the time frame that was in question. I remember people looking at me lying in bed as I told them my grand plans, me not really understanding just how bad it looked at the time, as they smiled and nodded at me in the way that you do when you don’t want to dampen someone’s spirit.

I always believed that I would get back to college, because I knew that that was the first and most important step in regaining control of my life. Fast-forward a year, and the rehab and feeling sorry for myself part was done and, as much to my amazement as everybody else’s, I found myself back in Trinity, sitting through a physical chemistry lecture wondering if it was a good idea after all!

Returning to college was a bit of a roller-coaster with a lot of challenges. I definitely wasn’t ready for it physically, and initially I was absolutely shattered all the time. I wasn’t really au fait with my situation and so things took so much longer than they should have. I was trying not so much to redefine myself, but instead to understand how I perceived myself, and in turn how that related to how others perceived me with my new circumstances. I was trying to figure out where and how I fit into the bigger picture and also just to get through each day. It was a steep learning curve but it was made so much easier by fantastic support from the college and from friends.

Experiencing college as both an able-bodied individual and as a wheelchair user has been interesting. It’s not until you’re in the situation that you think about some of the practical issues, the most obvious of which is access. While it is by no means perfect, I was pleasantly surprised at the level of work that has been done, particularly in the last number of years, to make the college more user-friendly for those students using a wheelchair. It’s the little things that you wouldn’t think of, like paving the entrance to front arch, and the arts block, that make it so much easier to get around. There is now access to the ground floor of the GMB by means of a lift, and similar lifts have been installed all around the college in many previously inaccessible buildings, which is a great help. However there are very obvious problems too, with the likes of House 6 being largely inaccessible. In addition, the accessible accommodation is currently set up in such a way that it is not feasible for many wheelchair users to independently access it. This in my opinion is inexcusable, and is something that I plan to challenge.

My return to college would’ve seemed like an insurmountable challenge had it not been for the support that I received from the various available services, primarily the disability service and my tutor. It’s not something that anybody wants to have to use, but I can’t highlight enough how helpful they were. Identifying potential obstacles before they arose was a crucial part of the process. The college is always going to strive to make sure that each and every student is facilitated in the best way possible. As a result of this I feel the exact same as any other student and so my perception of the college is the same as it has always been. I think that says a lot for Trinity.

I’m halfway through my second year back in college and I can happily say that this year has so far been seamless. For the first time in the last two years I really feel in control again. I’m involved in college in the same way as any student: involved with societies and sports, nights out and getting through my course. Coming back to college has afforded me so much more than the opportunity to get a degree. It has challenged me in every possible way at exactly the right time. Like any other student, it’s allowing me to figure out who I am and where I fit in. It’s given me the opportunity to live in the city centre and have easy access to all that college and the city have to offer. Obviously I still face many challenges every day, but the open, warm and accepting atmosphere in Trinity has allowed me to face all these challenges knowing that I will be supported regardless of whether I succeed or fail.