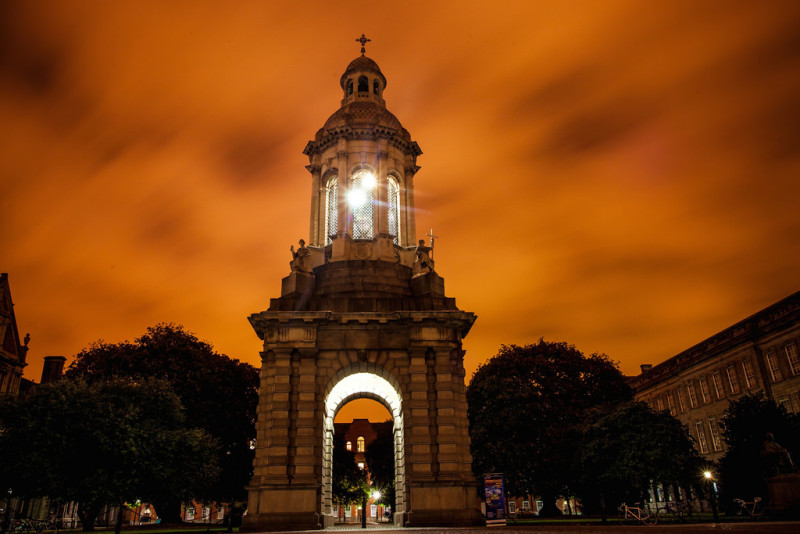 The higher education funding problem’s effect on Trinity has manifested itself in very obvious ways in recent days – in something as basic as the number of modules that students have a choice of.

On Monday, Prof Peter Coxon, the Head of the Department of Geography and a College Board member, emailed all third-year geography students, urging them to take action against the Faculty of Engineering, Maths and Science and College for what he called the “incredible erosion of our ability to teach whole sections of a geography degree without the discipline being given any indication of future staffing”. The School of Natural Sciences, of which the Department of Geography is a part, “seems to have been placed under draconian strictures which mean it is probable that only core staff pay is now available for departmental budgets. This will have serious implications for laboratory, field and teaching exercises including dissertation work”, he said.

With the government working group on higher education funding not due to report back until the end of the year, and the increasingly dire financial situation for third-level institutions seeing no sign of letting up, the exasperation of a high-ranking academic – Coxon is both a fellow and someone who sits on the board of the College, as well as its finance committee – speaks to the seriousness of the situation. The problems that the geography department faces are mirrored across Trinity. Last week, an email from the Head of the Department of Political Science, Professor Gail McElory, told BESS and PPES students that the number of modules available to students in third year were “more limited than normal”. The email explains that these cuts are due to “staff cutbacks and departures” and describes the situation as “very disappointing”. Currently only three modules are confirmed. One module was cut for fourth-year students, with the details of two other modules being changed after many students had submitted their choices. There currently are no descriptions for these modules available. The Department of Economics, which removed two fourth-year modules last year, removed a further two this year.

Speaking to The University Times yesterday, Coxon said that the department finds itself “in a very difficult position,” saying that they’re “being asked to attract students, we’re being asked to bring non-EU students into the school, and yet the staffing is being run down.” Two senior academic staff in the department, Dr Andew MacLaren and Mr Michael Quigley, are retiring in September, while the contract of another academic is expiring at the same time. Meanwhile, the department is missing a Chair, and technical staff.

An email sent this afternoon to first- and second-year German students, apologising for a delay in the process for seminar choices, said that there were “issues regarding staffing”, a “situation that remains unsolved” – meaning that seminar options could only be confirmed for the first term at this point in time.

Coxon, in emailing geography students, felt that he had to be honest: “I feel very sorry for the undergraduates. That’s the key issue. I feel sorry for them because they came in to study a subject and effectively we’ve been decimated by the loss of staff. And so I told them. I came straight out with it and said the only way you’re going to deal with this is by placing pressure on the College.”

Asked why he hadn’t raised the issue at board level, and why he was directing students to fight the “ridiculous situation through your student reps, the Students Union and by tackling the School, the Faculty and College directly”, he said: “Yes, I’m on Board, but the opportunity hasn’t really raised itself to discuss this. I hadn’t realised the implications of the annual budgetary cycle, and the fact that money is not following students in the way that it once did.” Coxon has previously served as the Dean of the Faculty of Maths, Engineering and Science.

Coxon also expressed concerns about transparency and the ring-fencing of money in the faculty and school. Geography runs the Masters in Development Practice course – what he called a “big, high-profile course” – and it brings in €600,000. “There is an issue that a lot of that money should be ring-fenced to pay for the students’ fieldwork, and so on”, he said. “That comes into the school. There’s now a problem in knowing where that money is and if it’s still going to come to the school.”

He went on: “There is a serious problem with transparency, and the transparency in terms of where the money will be going within the faculty. I can’t tackle the faculty. We work through the school, and the head of school is playing a very straight bat.”

There are going to be “something like 20 or 22 vacant post in the faculty” according to Coxon. “It’s going to be difficult to see how [the faculty] would be capable of running effectively, especially as the College wants to increase non-EU and non-traditional students”, he said.

While directing students to take action at a “higher level within the college system”, and taking issue with the faculty’s staffing plan, saying it could be “handled much better”, he said: “If one’s going to blame anybody, it’s the state funding from the university that’s being cut. And it’s placing pressure on the university.”

“We spend so much time bickering over the internal problems and the areas of disagreement, instead of things like [Coxon’s] irritation, which is actually the exact same as my irritation – the funding problem”, McGlacken-Byrne said.

These issues over the past few weeks have seen the earlier indications that staffing issues were going to become an overarching issue come to fruition. In September, it emerged that an external review of the School of Social Work and Social Policy had described a staffing crisis that would be at a “tipping point”, in that it would “significantly [reduce] the quality of both the research and teaching activities of the school” unless the six members of staff scheduled to retire were replaced.

In October, a senior College source within the faculty of Arts, Humanities, and Social Sciences, speaking on the condition of anonymity, told The University Times that imposed cuts would have the potential to do “irreversible harm” to teaching activity when it emerged that the philosophy department had cut eight members of adjunct teaching staff due to budget cuts.

Coxon expressed worry that “no-one went forward to stand as the next Dean of the Faculty of Engineering, Maths and Science.” He said it suggested that “senior academics must realise that this is going to be a very difficult job to run the faculty. Perhaps it’s because of a lack of funding, perhaps it’s a job that no-one wants. But I would question why if I was in College, and I’m sure this will crop up.”

“I think academics need to be more vocal generally”, said McGlacken-Byrne, asserting again that the “areas of overlapping grievance surpass areas of comparable disagreement, in size and in importance.” He expressed exasperation that there was “very little, or any, student–staff or student–university or cross-community collaboration on the overarching issues that affect all of us.”

In response to a query about staffing levels, Professor Clive Williams, the current Dean of the Faculty of Engineering, Mathematics and Science, said that “due to the funding challenges faced by Trinity and the university sector in general, all Schools are currently functioning under difficult circumstances in relation to the replacement of retiring staff.” He said that “planning is underway to address the gaps in curriculum created by the retirements”.

Williams said: “As students embark on their Geography examinations, I would like to assure you that every effort will be made to retain the quality of the degree programmes”.

Coxon said that departments not having enough modules to fill a final-year course, a situation which the Geography department will likely face unless they increase the value of the modules, will become an “increasing pattern” across College. “Effectively a department that was ranked 40th in the world in 2012 could be hung out to dry. I’m not saying it has been hung out to dry, but we don’t know yet”, he said.

“That’s the problem: I can’t plan. The College says a lot about strategy, and strategic plans, but I can’t be strategic and plan when I don’t know what the staffing levels are going to be.”

He said: “Standards will have to drop. And the quality of the education too. The Trinity experience for undergraduates has always been very good because people are able to spend a lot of time with students. But obviously that suffers if our staffing levels fall.”

Sinéad Baker contributed both reporting and research to this piece.

Photo by Eavan McLoughlin for The University Times.