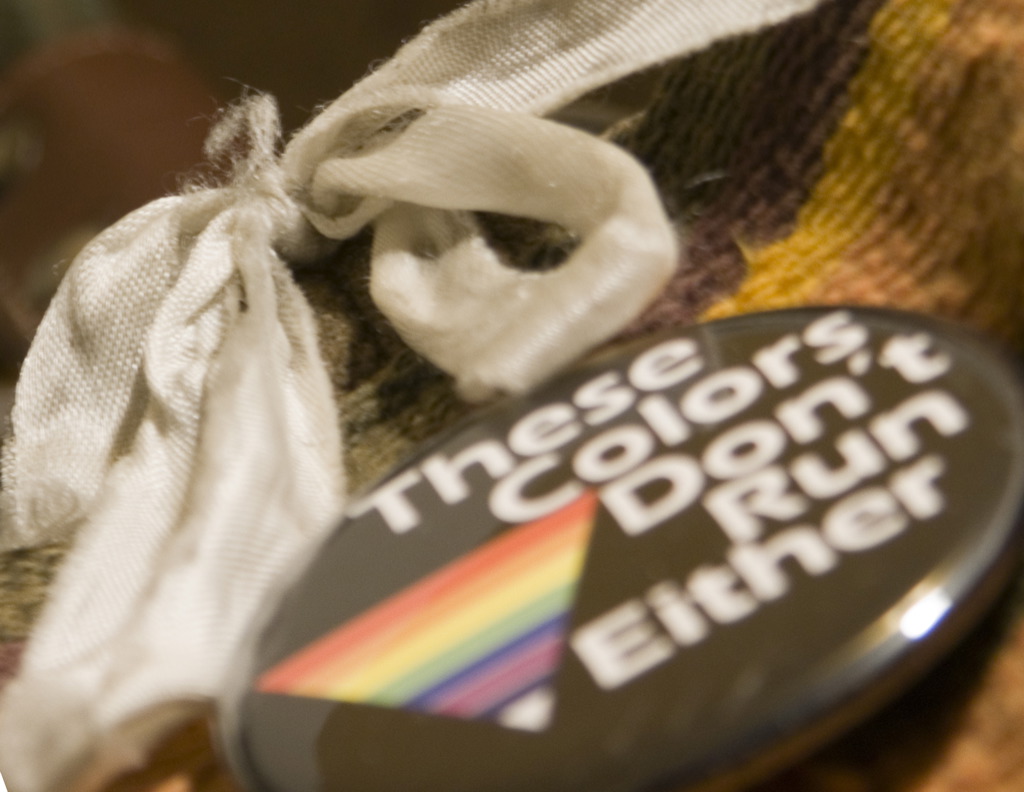 I don’t remember exactly when I first saw it. It must have been March or April of last year. I remember we were standing outside the Nassau street entrance of the Arts Block and that it was sunny. I also remember that I wasn’t feeling particularly great about myself. A few weeks earlier I had spoken to my mom on Skype. She lives an ocean away, so we use Skype regularly. But this time was different. I was sitting in my room when I got a text message penned in all capitals: “SKYPE NOW”. Unsure what it was about, worried and nervous, I obliged. I wasn’t greeted with the usual smile and friendly hello, or the all too common “Nick can you hear me?”, followed by several seconds of my mom fidgeting with her laptop trying to figure out how to get her sound to work. What awaited me was a furious scolding.

I had written a letter to the editor of my local town newspaper in Virginia, in response to a federal court ruling legalising marriage equality in the state. In the letter I commended the decision and criticised our local parish priest, who had made some atrociously bigoted comments about gay people. “I just don’t get it!” my mom shouted. “I have to show my face in church on Sunday! Why does this matter to you so much that you have to embarrass me over it?” I don’t recall the precise wording, but it was something along those lines.

When she asked outright, there was only one possible thing for me to say. “Yes”. I could tell in that instant that she hadn’t been prepared for the answer.

Finally the moment came that I had been dreading for years. “I just have to ask you, because it’s the only thing I can think of that makes sense: Are you gay?” I paused. I had decided that I wouldn’t tell my parents until after I had graduated, out of fear they would cut me off financially. But when she asked outright, there was only one possible thing for me to say. “Yes”. I could tell in that instant that she hadn’t been prepared for the answer. She broke down. I don’t know exactly how long the rest of the conversation lasted but it felt like an eternity. I don’t remember exactly what else was said. It doesn’t matter. She took it better than I had feared she might. But I could still feel her pain. From 3,000 miles away I could feel her pain. Not just during the conversation, but for days and even weeks after. I could feel her struggling to reconcile her love for me with her devout religious beliefs. I could see her laying in bed, thinking, fearing, crying. I could see her zoning out on her way to work, the car’s radio fading into white noise as thoughts consumed her mind. I could see my dad comforting her, telling her it would be alright. I carried her struggle with me every day, even though I was was already carrying my own. It didn’t feel good.

That brings me back to the day in March or April outside the Nassau Street gate. If I remember correctly, I was heading to Maguire’s with some friends to grab a chicken fillet roll. And that’s when I saw it. One of my friends, whom I had only met recently on the Law Soc trip to Berlin, was wearing it on his backpack. He isn’t gay. But he was wearing a small pin with the rainbow flag, for everyone to see. A lot of people probably wouldn’t even notice. And even those who do probably wouldn’t even give it a thought. I doubt he has any idea that I even noticed. Yet to me, still feeling down, it meant a lot. It meant that someone supported me. That he didn’t worry someone on the street might see it and think he was gay. A braver gesture than I would have been capable of until quite recently. And it was a bonus that it happened to be someone I have a lot of admiration for.

Solidarity means telling someone they aren’t alone. And for an insecure young man feeling down and not sure how to pick himself up, it was just what was needed. As strong as human beings can be, sometimes it takes a hand to get back up. Solidarity. That’s what the rainbow flag means to me. And while I have no interest in getting into a semantic debate over what exactly constitutes a “political opinion”, I will say that societies showing solidarity with their LGBT members isn’t a political gesture. It’s a compassionate human gesture.

As strong as human beings can be, sometimes it takes a hand to get back up. Solidarity. That’s what the rainbow flag means to me.

Due to laws that demand both sides in a constitutional referendum be given equal time in the media, the LGBT community is about to experience something very difficult and unpleasant. Every day our equal status, abilities as parents, morality and capacity to create relationships of equal value will be called into question and debated by pundits on national television. This is an indignity that no minority should have to face, but at the end of all of it there is hope. Throughout the process there will undoubtedly be many LGBT people in Ireland who will need a hand. Societies, as groups of students bound not by common intrinsic characteristics such as race or sexual orientation, but rather common interests, are in a unique position to offer that hand. I really hope they will continue to show solidarity, no matter what unfortunate edicts the CSC come up with. A few more rainbow flag buttons on backpacks would be nice to see as well.