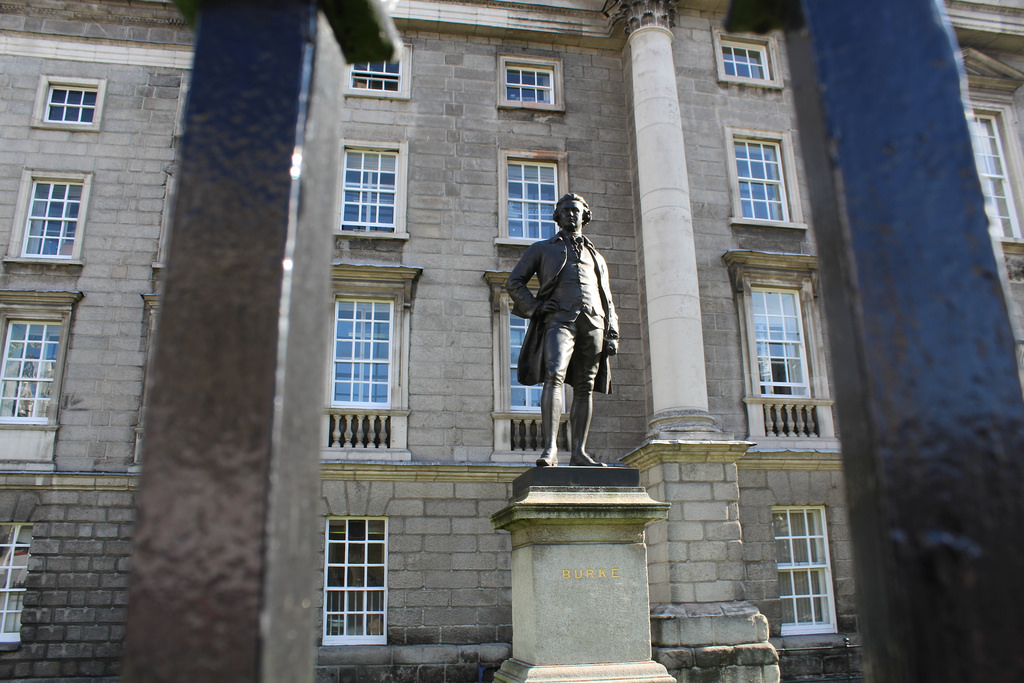 Prof Juergen Barkhoff was appointed Head of the School of Languages, Literatures and Cultural Studies for a tenure of three years. A native of Germany, Prof Barkhoff has been a lecturer of German and European Studies in Trinity since 1995. He has held a variety of senior positions in college, including Registrar of the University and Director of the Centre for European Studies, and he is currently the Director of the Trinity Long Room Hub Arts and Humanities Research Institute.

Prof Christopher Morash is the new Head of the School of English. He is the third Head of English in the past year. However, his three-year tenure is expected to restore stability to the post and department. Senior academic Prof Nicholas Grene was appointed interim Head of the School for the fourth time last year when Prof Eve Pattern stepped down for personal reasons. However, at the end of this academic year Prof Grene is retiring and Prof Morash was unanimously voted his successor. Although only appointed to the English School in Trinity as the Inaugural Seamus Heaney Professor of Irish Writing in January 2014, Morash studied extensively in the College as a MPhil and then PhD student before working in NUI Maynooth for over 23 years. He recognises that “as someone relatively new to Trinity, I’ve been on a relatively steep learning curve”.

The new Head of the School of Psychology is Prof Ian Robertson, the founding director of Trinity College Institute of Neuroscience. A former Fellow of Hughes Hall, University of Cambridge and the only psychologist in Ireland to be elected a member of the Irish Royal Academy, Prof Robertson is a lead Principal Investigator on numerous research projects as well as an author popular science books, including “Mind Sculpture” and “The Winner Effect”. He has published hundreds of articles in leading scientific journals such as the British Medical Journal and Nature.

The final newly appointed Head of School is Prof Gail McElroy, who will take over the reigns of the School of Social Sciences and Philosophy until 2018. The current Head of the Department of Political Science, Prof McElroy is a graduate of Trinity, The London School of Economics and the University of Rochester. She has conducted extensive research into the role of women in politics as well as the political dynamics of the European Union. Prof McElroy also sits on the editorial boards of numerous prominent journals, including European Union Politics and the British Journal of Political Science.

All four Professors will face great difficulties in their new roles, especially because of the budget cuts being implemented across each school in the College. Within even the previous month, the Head of the Department of Geography, Prof Peter Coxon, encouraged students to take action against the College in an attempt to resist the funding crisis currently evident not only in Trinity, but across the higher education sector. In October, the outgoing Head of the School of Social Sciences and Philosophy, Prof Peter Simons, told The University Times, that “all instances above School level, from government to faculty, have had a hand in enforcing or being forced to accept cuts” when asked for comment on the loss of eight adjunct academic staff in the Department of Philosophy.

Prof Morash, the newly appointed Head of the School of English, recognises the challenges he will face in his role, especially in regards to finances: “The distinctive feature of teaching English at Trinity is the small class sizes, particularly at Sophister level. Maintaining that teaching ethos is as important as it is expensive; and in a time when everything is costed, making an argument for the quality of experience in a class of, say, fifteen as opposed to twenty-five students can be hard to do when faced with a spreadsheet.”

Photo by Lisa Nally for The University Times