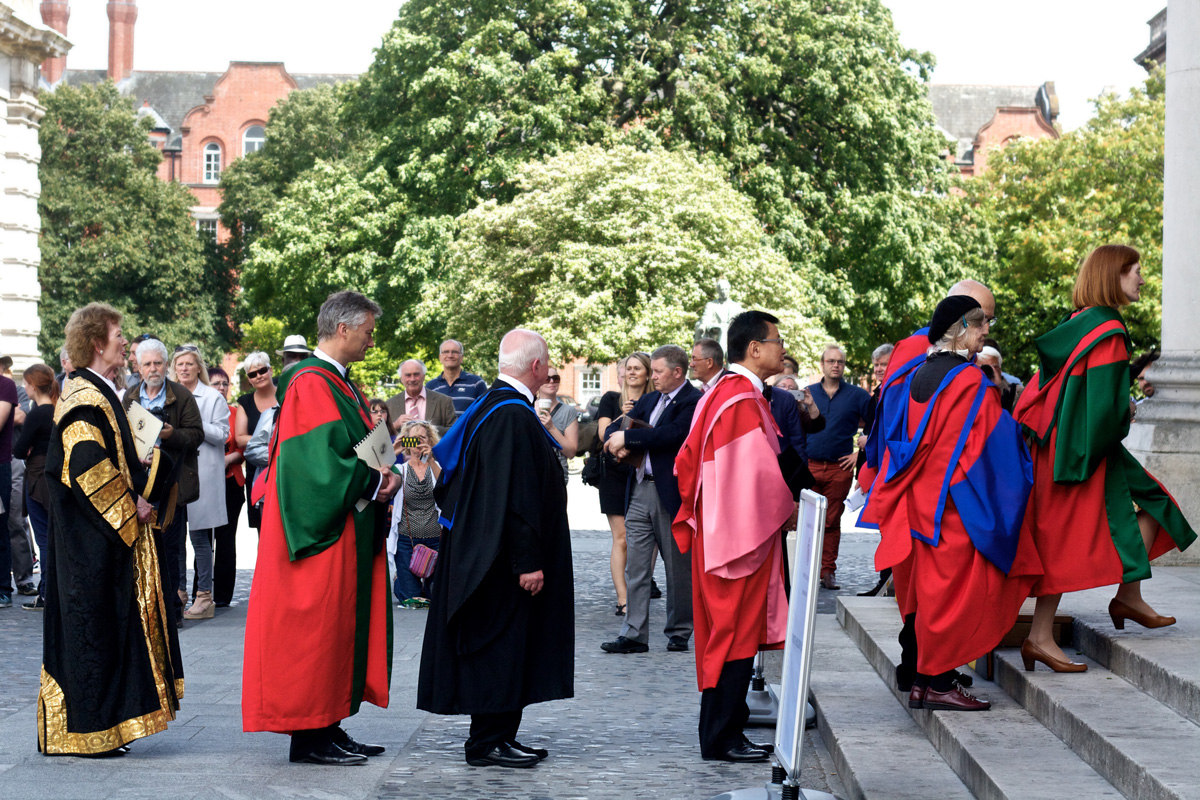 Moscow-based writer Grigory Kruzhkov and renowned Irish artist Camille Souter were among four recipients of honorary degrees this afternoon. Nobel Laureate and physicist Peter Higgs, who had been due to be conferred with an honorary degree, was unable to attend due to an illness.

Kruzhkov was made an honorary Doctor of Letters, partly in recognition of his efforts in “positioning Irish culture on the world stage and to making accessible to Russian readership the works of some of [Ireland’s] major poets”, including James Joyce and W.B. Yeats.

Camille Souter, to whom a Doctorate of Letters was awarded, is an Irish artist based in Achill, County Mayo, and is described by Trinity as “one of the most revered living artists in Ireland”. She was elected as a Saoi of the Aosdána, the Arts Council’s prestigious assembly of distinguished Irish artists, in 2008, becoming only the second woman to hold such a title, which is limited to no more than seven people at a time. Her work is included in teaching in classes on Modernist Irish art in Trinity’s Department of History of Art and Architecture.

Margaret Murnane, a Distinguished Professor at the University of Colorado, was awarded a Doctorate of Science for her extensive and award-winning research in the field of optical physics.

Stanley Quek, a diplomat and Trinity graduate of Medicine from Singapore, was awarded an honorary LLD degree. Quek has maintained strong links with Trinity throughout his career, contributing to the creation and maintenance of the Biomedical Sciences Institute, serving on the Trinity Foundation Board, serving as President of the Singapore chapter of the TCD Medical Alumni Association and promoting Trinity to students in Singapore.