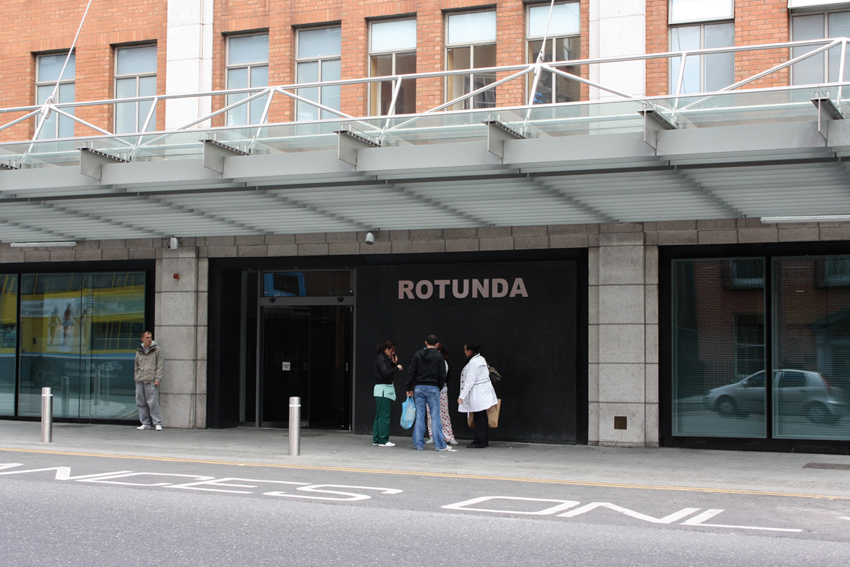 The Rotunda said it was "disappointed and saddened to hear the results of the survey".

A report into the experience of Trinity’s midwifery students has found that nearly 60 per cent have felt victimised or bullied while on placement, and that 100 per cent work nighttime or weekend hours, despite an agreement between unions and the HSE that students would not work such hours.

Speaking to The University Times this afternoon, Dean Flanagan, the Student and New Graduate Officer of the Irish Nurses and Midwives Organisation (INMO), said that the organisation had written to both the Rotunda and Coombe hospitals, where Trinity’s midwifery students are placed, stating for them to immediately uphold the agreement made between the INMO, the Psychiatric Nurses Association, Siptu and the HSE regarding nighttime and weekend hours for student nurses and midwives. “If they don’t then we’re going to escalate and bring students to the gates outside the hospitals”, he said.

The report, which compiles the results of a survey conducted by Trinity College Dublin Students’ Union (TCDSU), was circulated to midwifery students and both hospitals this week. Almost 80 per cent of Trinity’s midwifery students responded to the survey, with responses split evenly between those placed at the Rotunda and the Coombe hospitals. The report also raised significant issues with financial costs associated with placement, mental health concerns, and students being given responsibilities above their qualification levels.

The problems were most acute for student midwives on placement at the Coombe Woman & Infants University Hospital, where 63 per cent of students either agreed or strongly agreed with a statement saying that, on occasion, they had “felt victimised or bullied while on placement”, and 80 per cent of students on placement there saying that, on occasion, “the demands and pressures” of their course had adversely affected their mental health.

The hospital, through an outside communications agency, said that it was “saddened to hear the results of the survey into issues affecting the student experience” and said that it was “committed to ensuring that all staff and students work in an environment free from bullying, and where dignity is respected”. The hospital, however, while reiterating its dignity and respect policies, did not respond to extensive questions from The University Times regarding working hours and how the hospital responds to bullying issues. The hospital has also not responded to the INMO’s letter regarding the working hours agreement. An internal memo obtained by The University Times, circulated to all staff and students, expressed “great sadness” about the “profoundly concerning report”.

In the Rotunda Hospital, around half of midwifery students had felt victimised or bullied on placement, and 57 per cent of students reported adverse mental health issues. In an email statement to The University Times this evening, Ms Margaret Philbin, the Rotunda’s Director of Midwifery and Nursing, said that the hospital was “disappointed and saddened to hear the results of the survey” and said that they “take the findings and recommendations seriously”. The hospital declined to make Ms Philbin available for a phone interview, and did not respond to questions about working hours.

Speaking to The University Times by phone earlier today, Prof Mary McCarron, Trinity’s Dean of Health Sciences, said: “We have taken this issue very seriously. It’s very disturbing, very concerning and I’m very saddened by the whole thing, and in particular that despite all the forums in Trinity that we have and indeed in other areas, that the students for whatever reason weren’t able to bring this forward – and that’s a concern.”

A statement issued on her behalf yesterday by the College Press Officer, Caoimhe Ni Lochlainn, said that leaders from Trinity, both hospitals and TCDSU had met to discuss the issues. “It was agreed that a working group will be established to address these issues. The group will have an external chair”, she said, and will have representatives from all parties involved.

Asked today about the timeline for the working group and its recommendations, Prof McCarron said: “The working group is going to be established before the end of this term – so really, with immediate effect, and we’ve already contacted the person who’ll be the [external member]. We did that in the last few days, and the student representatives, Domhnall and Ian, have been very instrumental in that, and that was discussed at our meeting yesterday.” Ian Mooney, TCDSU’s welfare officer, and Domhnall McGlacken-Byrne, its president, authored the report.

McCarron said that the meeting was “very positive” and said that there was “very good support and buy-in from everybody, and the two directors of nursing [from the hospitals] were very supportive and very engaged.” Speaking to The University Times this afternoon, McGlacken-Byrne said that the report raised “far-reaching and gravely concerning issues that have serious implications for Trinity, for the hospitals and their patients, and of course, for the students.” Referencing yesterday’s meeting, he said that the engagement from stakeholders had been “genuinely encouraging, and most importantly, with the interest of the student firmly at the forefront”.

TCDSU attribute the reported levels of bullying to a “hierarchical structure” in the course, “which places students at the bottom”. They also assert that it has arisen as a result of “high levels of staff stress” and “chronic system underfunding”. Flanagan’s comments seemed to mirror this assessment. He said that the INMO has reports that show chronic understaffing: “Every hospital in Ireland is above the birthrate ratio, which should be one midwife for every 29.5 births and there are some hospitals in Ireland that have been 1:47 and even nearly 1:50 births, so the staff are absolutely pressurised.” The survey found that almost 80 per cent of students had been given responsibilities inappropriate for their level of qualification, and Flanagan said that this was also linked to understaffing.

In a statement to the The University Times, Laura Killeen, a second-year midwifery student and TCDSU’s School Convenor for the School of Nursing and Midwifery, said that while the results of the survey were “upsetting”, they are “not very surprising”. She stated: “When issues have been raised regarding the structure of the course and other issues, we have either been told that this is something they’ll try to work on for the new 2017 curriculum or that ‘that’s how things are done’.” She reiterated concerns about bullying: “Many of the students, including myself, have been and are afraid to speak up for fear of being known as troublemakers”, and said that no actions have been taken when students “finally get the courage to report” bullying. Flanagan said the INMO were equally as concerned about the bullying, and said that the organisation recently conducted a study on the issue, with initial findings indicating that “there is an increased amount of bullying from the top down”.

A quality report of the Faculty of Health Sciences, conducted last year, failed to identify any of the issues raised in this new report, with TCDSU calling it “inappropriate” for the School of Nursing and Midwifery to have conducted its own evaluations, raising concerns about university-wide evaluation methods.

In response, Prof McCarron said that, over the past few days, a “quick audit” of the midwifery-related evaluations from the quality report was conducted to determine if any issues highlighted were missed. “Unfortunately, nothing substantial came forward from that”, she said.

She said that an anonymised feedback option would be introduced as part of future quality reports, and said that the responses from the TCDSU survey would be used as a baseline, so that improvements or lack thereof can be measured over time.

The report indicated that students were often rostered for nighttime placement work and then timetabled for lectures the following morning. However, Prof McCarron said that this was not the case, and McGlacken-Byrne said that this most likely came from a misinterpretation of a question by students relating to additional, non-placement work that students often complete independently of college-related commitments.

McCarron said: “I do think what students were saying there is that they often work weekends in order to earn the income that they obviously require, and many of them talked about the financial difficulties that they’re under, and then unfortunately might be timetabled for class the following morning”. “If students go to an agency to earn money, then we wouldn’t know that”, she said.

McCarron said that this issue “will be difficult for the university to be able to address singlehandedly and will need to be addressed at a national level”, and said: “A taskforce has been recently set up with members from the university and the hospitals to work with the HSE and the Department of Health – and this is ongoing – to try and look at remuneration for students and support their placements. So I can’t say that’ll be resolved, but certainly that will be a work in progress.”

Regarding nighttime and weekend hours and the agreement between the unions and the HSE, which was facilitated by the Labour Relations Commission, Flanagan said that, in response to the INMO letter, the Rotunda Hospital had complained that it was not party to the agreement. “We are point blank refuting their claim that they should be a special case altogether”, he said. “You can’t have one hospital offering different terms and conditions to students compared to another hospital.”

He went on: “The main reason that the INMO in particular took this case is that the whole premise of being a student is that you get as normal a college life as possible until your final year of studies in nursing, and they’re not getting that opportunity whatsoever.”

McCarron expects the working group to report back by the end of the coming Michaelmas term, which ends in December, and said that she has asked for monthly progress updates.

“I’d be very anxious as well that we’d lift it even to a higher level and even beyond what’s here in the report”, she said.

The HSE did not respond to questions regarding its policies on nighttime or weekend hours, or questions about the level of responsibility given to student midwives, by the time of publication.

Correction: June 8, 2015
An earlier version of this article incorrectly suggested that the Coombe Woman & Infants University Hospital did not provide comment to The University Times. In fact, while the hospital, through an outside communications agency, said it would “not be commenting further at this time”, it provided a short statement which is now included in the article.