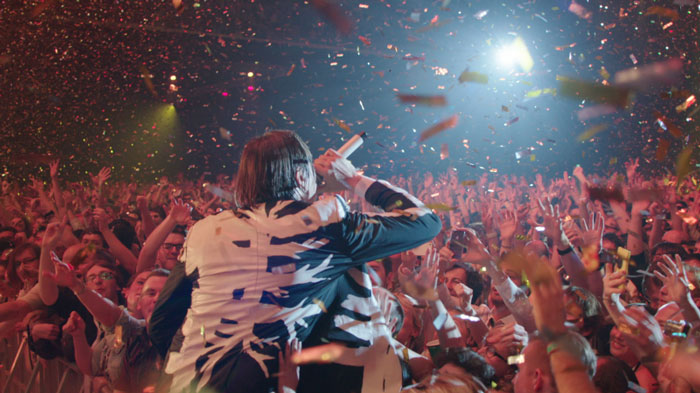 To celebrate the release of the new Arcade Fire film, the Lighthouse Cinema is throwing a party on Thursday September 24th. The Reflektor Tapes follows the band during the production of their latest album, featuring the dazzling live shows that sought to bring Reflektor to life. Directed by Kahlil Joseph, The Reflektor Tapes has built up a certain degree of interest from the somewhat enchanting trailer released online with the ruminations of band members Win Butler and Régine Chassagne. The Lighthouse venue is perfectly suited for hosting parties with a large, airy space downstairs with a full bar, couches and even some games. The event will involve themed drinks and music from 7:30pm before a screening of the Reflektor Tapes at 9pm.

The film itself promises to be an intriguing spectacle. The director, Kahlil Joseph, has made his trade mostly in music videos, but these videos aspire to elevate the musical experience with a visual focus. Joseph attempts to offer context and depth to artists’ work, adding a provocative sheen to gritty topics such as life in the housing projects of LA in his short film Until The Quiet Comes, which is scored by Flying Lotus’ album of the same name. Joseph’s work is deeply arresting, with striking visuals and an artistic sense of narrative that never ceases to be engaging.

The Reflektor Tapes seeks to reimagine the album experience from a visual perspective, and no doubt will offer Arcade Fire fans insight into the music and the band itself. Joseph’s involvement promises that The Reflektor Tapes is bound to be so much more than a conventional concert movie. The music and imagery are almost certain to be beautiful, and the party in the Lighthouse Cinema should offer the perfect way to enjoy the experience.