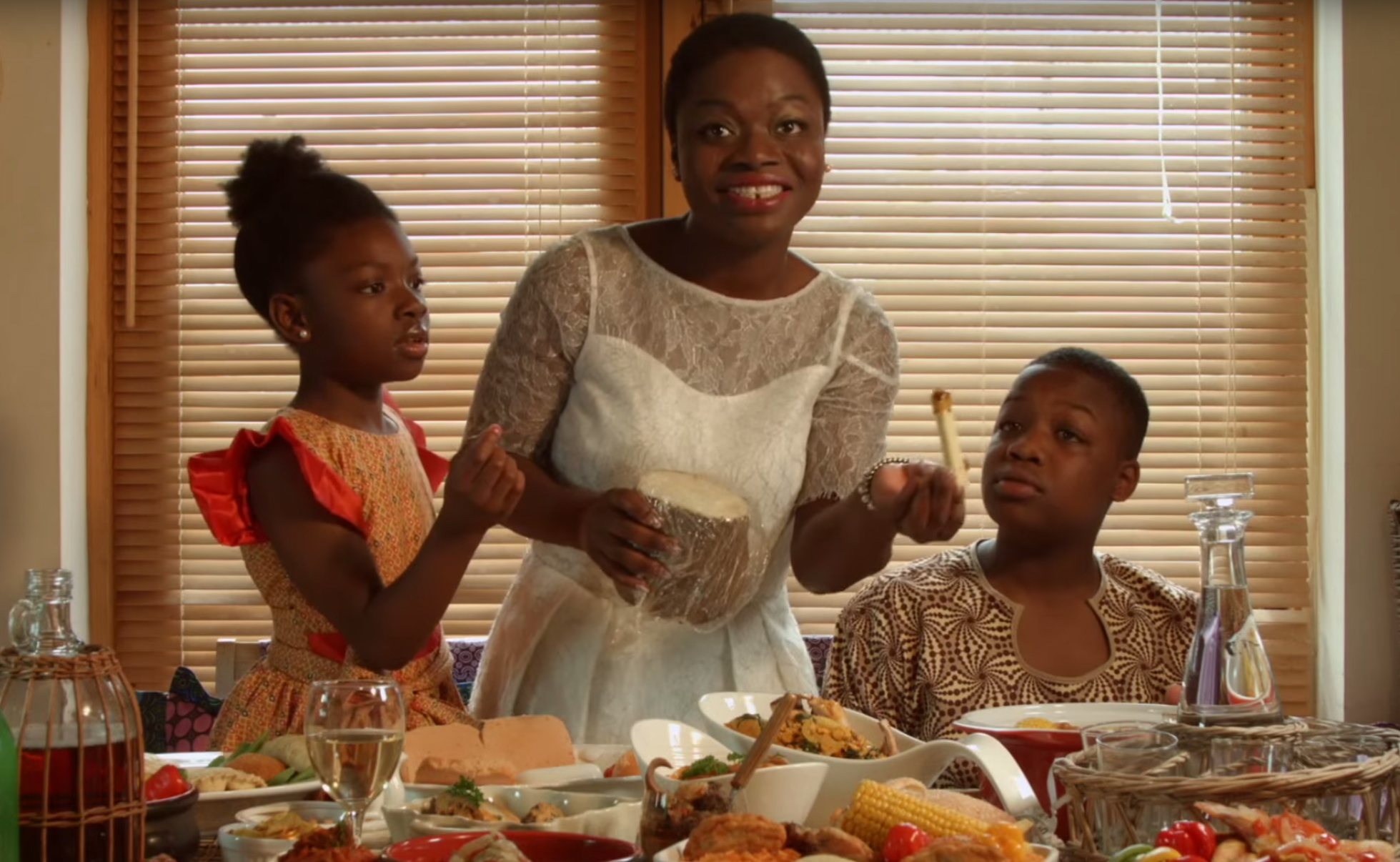 Afra-Eorpach is a small independently-funded group which was established three years ago by group leader, and host of last night’s event, Latifat Abisola Olagoke. Hailing from Nigeria, Latifat aims to showcase her country’s food to an Irish audience to increase awareness of culinary diversity and highlight the need for the resources to be made available so that ethnic minorities living on the island can eat the food they enjoy.

Upon arrival, names-tags were given and seats were chosen by an audience of about sixty, which comprised of a healthy mix of Dubliners and those from further afield. We were treated to plantain crisps to begin, served to us by Latifat’s two charming children, making it clear that this event was certainly a family affair.

After having arrived as indicated at seven o’clock, the event seemed slow to get moving. We were gradually encouraged to move towards the front where a long table displayed an interesting mix of various African dishes. Unfortunately there were no name-tags or descriptions to accompany the plates, which left the untrained Irish eye slightly confused as to the contents of each dish.

This was then followed by the viewing of a nine minute long video in which Latifat briefly spoke about some of the dishes and asked her two eager helpers to taste their mother’s produce.

After an hour in the room my companion and I were beginning to feel a little bewildered over the exact purpose of the night’s proceedings. Then, suddenly, Chicago-raised Irish-African-American cultural journalist and spoken word performer, Clara Rose Thornton, burst into the scene with her insightful, entertaining and well-delivered words. She began with a piece titled “Latitude attitude”, which dealt with themes centring around racism. The artist transported us back to all our roots, calling mankind “Africa’s children”, whilst urging recognition that “People simply went north y’all”.

She went on to deal with racist comments she had received whilst on, what the brochures had called, an island of “paradise” in Croatia. She lamented that even in paradise there are humans, and where we are there is always the danger of spite and hatred. Moving on from this, Thornton switched to the more light-hearted theme of love and how we all long for the “phantoms” in our lives, whilst forgetting “the ones too near to be dear ones”.

Following this, the crowd’s attention was re-directed back to Latifat, who began to prepare her version of Jollof Rice. We were soon handed out small bowls with a little rice in each to taste. While the flavour was great, the cookery demonstration seemed to have come to a standstill and by the end of the night I realised that I had not witnessed a single knife been raised nor the slightest hint of steam rising above Latifat and her cookery-counter. There was a sense that the audience was beginning to fear that this small ration of rice was all our taste-buds would be privy to, despite the elegant display of exotic food lying next to us.

Thornton then returned to speak about cultural appropriation and how it can occur in relation to a culture’s food. This was a high-point of the night as the talk was most enlightening.

By nine o’clock the audience was ready to leave and the event ended abruptly with what were perhaps hungry spectators filing out of the building.

I once had an English teacher who told us that with words at our fingertips to open our minds and imaginations, there was no necessity to travel or to really experience. I have often been in disagreement and again it struck me last night that sometimes words are not enough, but rather we must do, we must make and, of course, we must taste.