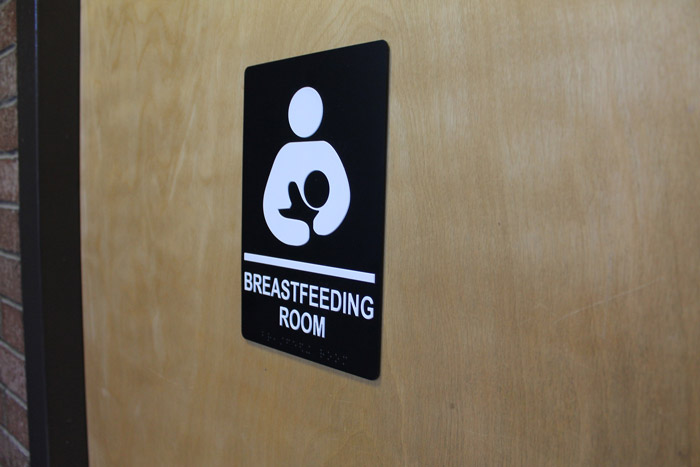 Trinity has said that it is a breastfeeding-friendly campus.

College’s policies regarding issues surrounding student mothers on campus have come under scrutiny in recent weeks after a student questioned whether they were permitted to bring their children into lectures and classes, and, in particular, in relation to breastfeeding on campus.

The Dean of Students, Kevin O’Kelly, has responded by stating in an email statement to The University Times that “the campus is a breastfeeding friendly campus and mothers are welcome to feed their children throughout the campus”.

Speaking to The University Times, Lynn Ruane, President of Trinity College Dublin Students’ Union, said that there had been “some sort of misunderstanding in regards to the policy where it states that Trinity is a breastfeeding friendly campus”.

The raising of the issue has led to renewed calls to create facilities to aid student parents in College, with O’Kelly conceding that there was a need “to improve facilities for breastfeeding”. There had been a previous attempt in College to establish a breastfeeding room, along with facilities to store expressed milk. However this plan never materialised, with concerns expressed within the catering department over the difficulties relating to the storage space for the milk and the issue of setting up fridges for holding it. Prof O’Kelly claimed that he was now “working on identifying specific spaces for breastfeeding, including a new space in the Oisín House development”.

Breastfeeding in public hit the headlines in August after Dil Wickremasinghe, a presenter on Newstalk radio station, breastfed her then three-month-old son on live television. Upon learning of the recent raising of the issue in Trinity, Wickremasinghe stated, while in conversation with The University Times, that the university must “set an example” and that there was an onus on College to release a statement to assure mothers with young children that they were welcome in College.

Wickremasinghe claimed that this was Trinity’s responsibility as the leading university in the country and added that welcoming mothers was not just a social justice issue but also made economic sense for Trinity. She claimed that it was not fair for women to have to “make a choice” between their baby and education but that if Trinity did not take the lead regarding this issue that it would leave some women in the “unfortunate” position of reaching this unjust crossroads.

She went on to say that breastfeeding, which she described as “the most natural thing”, had found itself in a particularly tenuous position in Ireland due to a number of social and historical factors. Wickremasinghe described how many women have approached her on the street since the incident expressing how they have felt “embarrassed” to breastfeed in this country, some even uncomfortable in front of their own mothers. She pinpointed this stigma down to two causes: firstly, that of a historical association of breastfeeding as something unclean which only the poor should resort to and, secondly, that breastfeeding has become a skill “lost” to the past two generations due to its unpopularity.

Reflecting on recent events, Ruane seemed satisfied that Trinity had “sorted” the issue, in particular pointing to the acknowledgement of Trinity as “a breastfeeding friendly campus” and adding that there was now hope that “further measures” would be introduced to aid students who wished to breastfeed within the university.