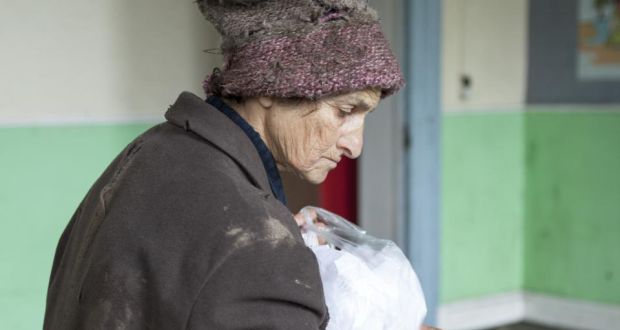 From the 7th to the 20th September, Dublin city was transformed into a hive of cultural activity as Tiger Fringe Festival engulfed the city in a range of new and exciting events. From theatre and music to live art and comedy, the festival celebrates an innovative approach to the arts from both home and abroad. Fringe provides an opportunity for artists to challenge the boundaries of their chosen field and share the results of these challenges with a like minded audience.

One such event taking place in Fringe this year is ‘Beckett In The City: The Women Speak’. Directed by Sarah Jane Scaife. Including Not I, Footfalls, Rockaby,and Come and Go, this fusion of some of Beckett’s finest plays works to decipher Beckett’s understanding of the ways in which Ireland continued to fail its women through the medium of modernist writing. The crumbling Halla Banba on Parnell Square provides an ideal setting, as the dilapidated walls of the building echo the struggle of women controlled by the domestic sphere.

Each of the plays documents the marginalisation of women from society and their struggle under the weight of patriarchal dominance. The production begins in a darkened, eerie room, and opens with the unmistakable image of Not I, — a single spotlight shining onto a babbling mouth and a stationary figure in the foreground. Brid Ni Neachtin provides a haunting performance, recalling the life of a woman now in her seventies and the trials and difficulties that she has faced as virtually a mute.

The drama continues in the upstairs of the building where Michéle Forbes paces the only illuminated space of a darkened room with a moving portrayal of May from Footfalls. May’s conversation with her absent mother illustrates a problematic life of restriction and restraint. Joan Davis then assumes the role of woman tied perpetually to her rocking chair in Rockaby. Controlled by the monotony of a life that she is powerless to escape from, Davis illustrates the ongoing cycle of the marginalisation of Irish women. Ni Neachtin, Forbes and Davis assemble together for the final installment of the production, Come and Go. The performance opens with a striking image of three women sitting motionless on a bench. The ambiguity of the figures and the repetition of their words and actions brilliantly exhibits the uniformity of life expected of an Irish woman, and illustrates once again the force of restraint that they could not hope to escape from.

The combination of Not I, Footfalls, Rockaby and Come and Go provides an insight into a Beckett that was acutely aware of the injustice of life for Irish women. It is a haunting and mystical production that provides its audience with a new and thought provoking perspective on some of Beckett’s finest works.