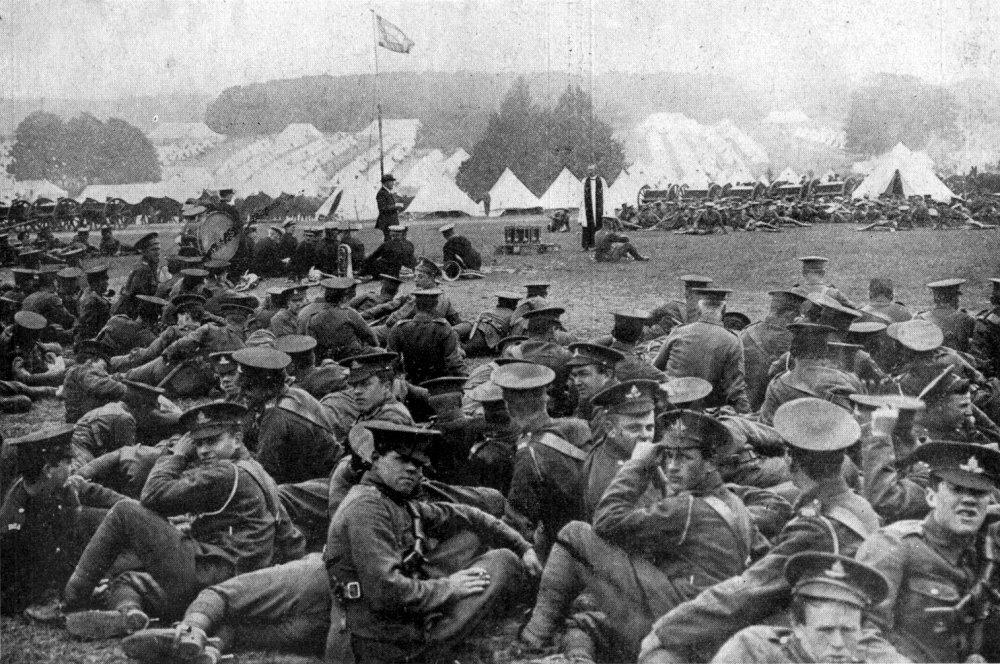 In a few week’s time a new memorial stone will be unveiled at the Hall of Honour in Front Square to honour Trinity students, staff, and alumni who, along with thousands of other Irishmen, lost their lives in the First World War.

One hundred years ago, a young man by the name of Jeffrey A Dunlop of Rathgar Road was sentenced to three month’s imprisonment with hard labour under the Defence of the Realm Act. He was charged with “assisting the enemy” by posting “Warfare is Murder” posters over a number of recruitment posters throughout the city and suburbs of Dublin. And warfare certainly was murder for many of those Trinity graduates that will be remembered at this month’s ceremony. Captain EE Hanewinkel who left TCD with a Bachelor of Arts degree was killed on 31 August 1915 in France. Another casualty was Second-Lieutenant Percy T Jordan of the Royal Inniskilling Fusiliers. He also lost his life in late August in action at the Dardanelles. Educated at St. Columba’s College Rathfarnham and Trinity College Dublin, he had been in the University Officer’s Training Corps. News also came through of the death of Rev E Bigges La Touche, a “distinguished graduate” of the college, at Gallipoli.

But while the members of the University Officer’s Training Corps no doubt mourned the loss of their colleague at the Dardanelles, there was also some cause for celebration. On Monday 20 September Sergeant-Major EP Meagher of the Dublin University OTC married Mary Helen, herself the daughter of ex-Staff-Sergeant Conway of the 58th Regiment. The groom’s fellow training instructors provided a guard of honour as the newlyweds left St. Kevin’s Church on Harrington Street.

September 1915 also saw a wall collapse at the National Museum on Kildare street. A number of the items on display in the exhibition case were damaged, but the roof did remain intact and no-one appears to have been injured for “there was nobody in the immediate vicinity”. Subterranean excavations near the base of the wall were to blame for the collapse, according to the Irish Independent.

Poor old Richard Byrne was fined ten shillings and costs by Mr. Henry Hunt of the Clontarf Police Court “for bathing close to the railway line at Fairview”. Byrne, living at Annesley avenue was accosted by Joseph Mulligan, an employee of the Great Northern Railway. The defendant allegedly refused to give his name to Mulligan before knocking him over and tearing his coat. Byrne then ran, pursued by Mulligan and by another Constable “through the wilds of the Sloblands for half an hour!” When hauled before the Clontarf Police court, Byrne explained that he had been trimming coal “and thought it was no harm to have a dip”.