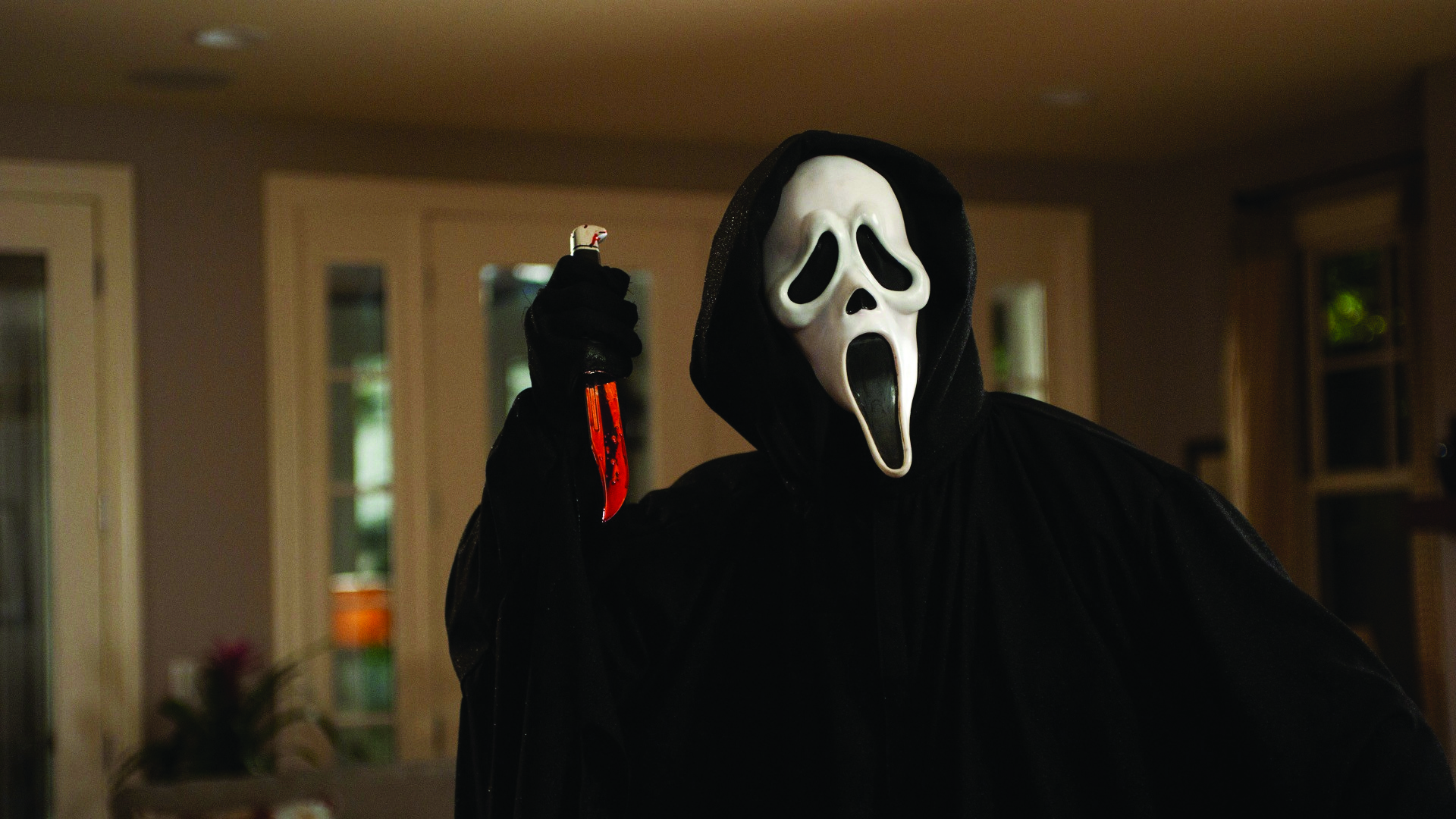 As mountains of peanuts and pumpkin crates ominously begin to creep onto
supermarket shelves, we are gently reminded of the imminent arrival of Halloween, the holiday that panders to both your inner demon and sweet tooth. This means, of course, that the season of Halloween movies is upon us. However, the spooky origins of Halloween movies have been tarnished in recent years. A high proportion of the blame lies most notably with ghastly noughties phenomena such as One Missed Call and the Twilight franchise. These titles merely trigger bodily chills in horror film fans who lament the passing of the golden age of horror.

Fortunately, the Light House Cinema in Smithfield and the Irish Film Institute (IFI) have compiled a selection of the most memorable Halloween flicks, with marathons of blood-curdling classic films leading up to the holiday. The IFI’s annual “Horrorthon” enters its eighteenth year, bringing viewers a generous array of the “most terrifying” films over a five day period from October 22nd to 26th. While at the Light House, audiences can expect an exquisitely crafted program spanning the two weekends in October preceding Halloween. As part of the Bram Stoker Festival, the vampire genre is the theme of choice from October 23rd to 26th. This will be followed by screenings of classic horror films from October 27th to 31st, culminating in a Scream-themed party on Halloween night. The Light House Cinema screenings focus on the 90s, a decade in which the genre matured following the success of The Silence of the Lambs, the first horror film to receive an Academy Award. These two series in the Light House are highly promising, exhibiting films throughout the genre’s wide spectrum.

While most of the vampire action is to be had at the Light House this Halloween, the IFI’s extensive program of mostly new horror films is not completely averse to fangs and bloodsucking. Their Horrorthon includes a screening of Children of the Night, a film about a remote orphanage populated by child vampires on Thursday, October 22nd. Earlier that day, the Horrorthon opens with an Irish premiere screening of The Invitation, a tense new thriller from director Karyn Kusama about a man and his girlfriend invited to his ex-wife’s dinner party, only to realise that her motives are not so cordial.

Friday, October 23rd at the IFI sees a screening of the chilling new Austrian horror, Goodnight Mommy. Beautifully shot, the film’s surreally ominous trailer garnered a massive reaction online, and had many pop culture websites speculating if it was the scariest trailer of all time. Also on Friday, there will be a tribute to master of horror, Wes Craven. Credited as an early pioneer of the slasher genre, the director of Nightmare on Elm Street’s contribution to horror will be honoured with a late-night double bill of his films The Serpent and the Rainbow and The People Under the Stars, as well as a screening of horror classic and perhaps Craven’s best known film, Scream, on Saturday, October 24th.

In Smithfield, the Light House starts their celebrations with four consecutive days of the most revered vampire films, the horror subgenre synonymous with both Halloween and Dublin’s Fair City, the birthplace of the author of Dracula, Bram Stoker. From October 23rd to 26th the Light House will deliver an unrivalled program of events running in conjunction with the annual Bram Stoker Festival, aimed at “capturing the many ways in which the enduring character of Dracula has affected recent pop culture.” The late-night screenings focus on products of the 90s, an era in which the all-encompassing, labyrinthine world of vampires was explored in all manners on screen.

Quentin Tarantino, arguably the most esteemed director and prophet of the 90s decade, tries his hand at vampires in From Dusk Till Dawn. Known for catapulting bizarre situations into a believable reality, Tarantino succeeds in charting the journey of a bank heist gone wrong that leads to a subsequent altercation with a pack of vampires with impeccable fluidity. The star-studded cast and sculpted screenplay amplifies the credibility of the vampire genre, making From Dusk Till Dawn a fitting choice for the first screening on Friday, October 23rd.

On Saturday, horror fans of the Blade faction will revel in the double bill showing of Blade I and its sequel. A vampire marathon would not be complete without the ultimate female vampire assailant, Buffy the Vampire Slayer. A distinguished personification of 90s popular culture, the heroine bolsters female empowerment, bringing feminism into the supernatural realm on October 25th.

The final screening of the series aptly culminates with Bram Stoker’s Dracula, the sublime catalyst for an entire subgenre of horror. While this 1992 interpretation strives to remain true to the respected doctrine that Stoker set out in the century previous, Francis Ford Coppola’s influence is evidenced throughout. He pumps life into a story that has suffered decades of mediocre adaptations. The Bram Stoker Festival itself echoes this, defining his vision as “truly fascinating” and praising Coppola’s mastery, citing it as “seductive, monstrous and hugely cinematic.”

The Bram Stoker Festival, in which “Dublin City will celebrate four days of living stories and four nights of deadly adventures”, exudes the optimal balance of guaranteed boundless entertainment, while creating an environment to nurture appreciation for Dracula’s historical literary significance. The Bram Stoker Festival celebrates the origins of the vampire genre in our vibrant city, and how Dublin moulded Stoker’s character as a young boy. Just like Stoker’s characters, his story remains immortal. His scripture continues to inspire, and his words are more alive than ever before.

While the IFI’s Horrorthon wraps up on Monday, October 6th with a tribute to the late Christopher Lee and screening of Dracula A.D 1972, the Light House will keep the spooky vibes going for another weekend of petrifying fun. Following on from the vampire series, the Light House aptly begins its Halloween celebrations with a screening of the Holy Grail of horror, Silence of the Lambs. The Oscar-winning film is scheduled to screen at 8pm on Tuesday, October 27th. Anthony Hopkins’ thrilling performance as the notorious carnivorous predator, Hannibal Lector, continues to resonate with audiences, leaving little question of its position as one of the most terrifying cinematic masterpieces.

Wednesday October 28th showcases The Blair Witch Project, a film that sought to merge the supernatural with reality in its documentary-style presentation by utilizing an innovative approach called “footage horror.” Those with a particular affinity for demonic forces and mythical murderers will rejoice when Wes Craven’s New Nightmare and Candyman headline the bills on Thursday, October 29th and Friday, October 30th, respectively.

Halloween itself begins early at the Light House Cinema with a screening of Disney’s polished horror flick, Hocus Pocus, at 3pm on Saturday, October 31st. At 9:30pm, the evening festivities begin with Scream I and II, aptly followed by a Halloween blowout party.

A visit to the Light House Cinema’s plethora of cinematic triumphs is essential in the lead up to Halloween. The wide repertoire of films within the horror genre caters to all audiences across the spectrum, from passive observers of scary movies to die hard fanatics. These films, although varied in intensity and reverence, each possess a commonality in their commitment to preying on your most guarded fears. They seek to transport the viewer, whether to a crowded movie theater, a dingy living room, or the very first time you were truly frightened. The screenings speak volumes of the thrilling world of horror, echoing Brando’s words in Apocalypse Now, “Horror has a face… and you must make a friend of horror. Horror and moral terror are your friends. If they are not, then they are enemies to be feared.” Bite the bullet, and frighten yourself this Halloween.