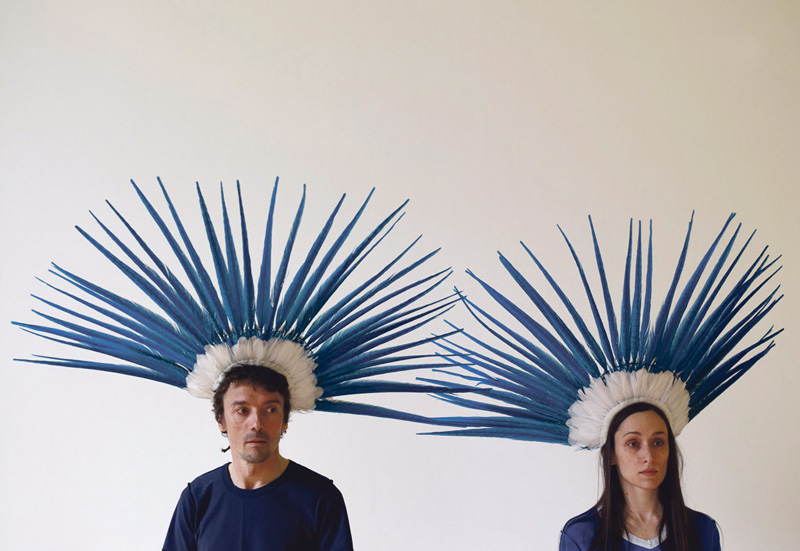 Clôture de L’Amour, directed by Pascal Rambert, tells the story of two people separating. This separation was projected onto the back wall of Trinity’s Samuel Beckett Theatre on September 28th and 29th, in the form of two long monologues translated into English from the original French. In these monologues, both characters, beginning with Pascal, confess their feelings of disgust, anger, and sadness to one another.

Foreign language plays can be, and have been, staged successfully in English-speaking countries. However, foreign language plays require energy. A surplus of energy is necessary to compensate for the language barrier and to enhance the dialogue between the audience and the performers. The movement of the actors rarely climaxed in a cathartic fashion as they remained minimal throughout. Occasions of gathering dramatic tension were marred by the necessity of following the rapidly appearing subtitles in order to trace the plot. What is beautiful about both monologues, however, is the manner in which they mirror each other even in the more mundane aspects of their relationship.

The design of the show is also minimalistic. It consists of a white dance floor and a fluorescent white light, which was headache-inducingly harsh on the audience. Annoyingly, cables from the fluorescent lights hung lower than the lights themselves and ruined the pristine aesthetic of the design.

The theme of separation is common to all forms of entertainment. Unfortunately, Clôture de L’Amore is too similar to countless books readily available. An exploration of separation, on which it was difficult to focus, can be enjoyed more rewardingly though several forms.

Clôture de L’Amour might appeal to a French-speaking audience due to its poetic style, but its lyrical beauty is lost in the translation.