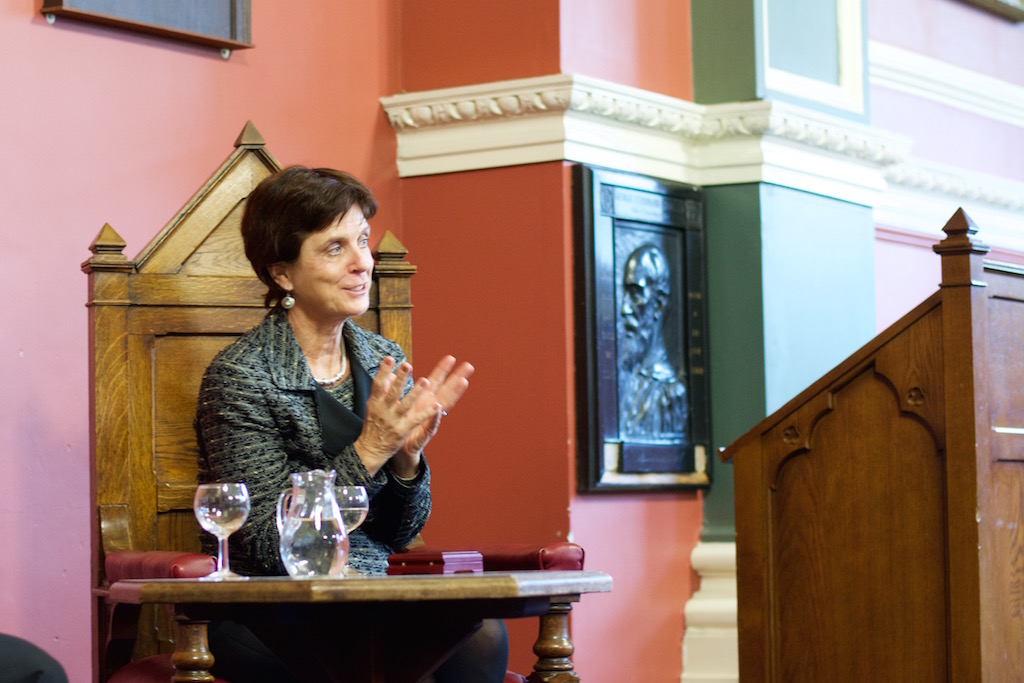 Trinity graduate and incoming Vice Chancellor of Oxford, Louise Richardson, today criticised tenure track as an employment model for academics, a system College is considering implementing, and expressed shock at the low proportion of senior female academics in Trinity.

Speaking at an event hosted by the Caledonian Society, where she was receiving an honorary membership, Richardson was heavily critical of the effects of a tenure-track system on the careers of female academics, describing it as placing “enormous pressure” on female academics at an age when they are deciding to have children.

Responding to a question from The University Times, Richardson expressed concern that such a system “adversely affected” female academics, calling instead for an employment model that instead allows women to stay as a lecturer for long periods of time, and gives them the freedom to balance the demands of academic work, and the raising of a family.

The head of their school will conduct performance reviews at the end of first and second year. Again, at the end of third year, their academic performance will be reviewed by a panel chaired by the head of school and comprising other senior-level academics in the school. This review system will culminate in an interview, held at the end of the fourth year, with a specially created tenure panel, chaired by the Vice-Provost, and comprising each Faculty Dean, the Dean of Undergraduate Studies, the Dean of Graduate Studies, three senior research leaders and representation from the Academic Staff Association, the Trinity branch of the Irish Federation of University Teachers (IFUT).

Richardson was also critical of the proportion of female academics who reach senior professorship in Trinity, calling it a “staggeringly low number”. Currently, only 14 per cent of professors in Trinity are female. Responding to a question from an audience member on this, Richardson said it was “responsibility of the leadership” to change this culture.

Trinity, however, is taking steps to address the gender imbalance, and in July, the College and three of its constituent schools won an Athena SWAN award for the advancement of gender equality in science-related higher education and research.

Richardson expressed her pride in ensuring that 50 per cent of senior management of the University of St Andrews is now female, whereas when she began there were no women in these positions. For her, it is brilliant for female students to look at a university led by a woman, and emphasised that “we have a responsibility to ensure women stay on the track”.

Responding to a question from James Ware, Caledonian Society Chairman, on the recent campaign for divestment from fossil fuels launched by Trinity College Students Union (TCDSU) and the Environmental Society, Richardson was critical of student movements for divestment, saying she would be “very reluctant to control or constrain the hands of our investors”, adding that she was “worried about every few years there’s going to be a different movement to divest in something else”

While arguing that she supported divestment from tobacco companies, Richardson argued that the most sensible method, and that taken by St Andrews, was to follow the United Nations principles for socially responsible investment.