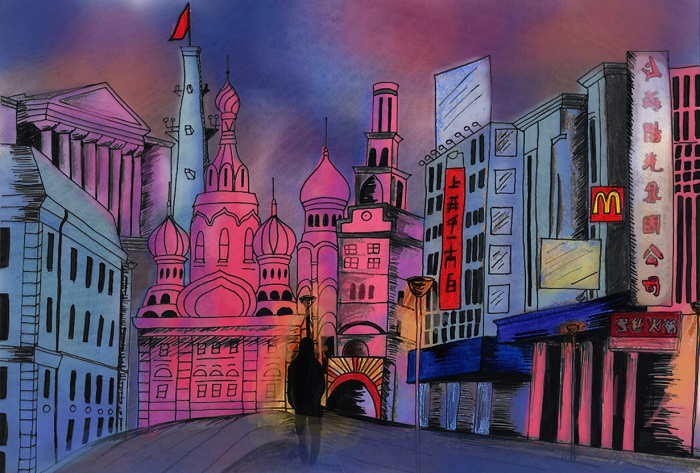 Niamh Kavanagh for The University Times

The Erasmus exchange programme is named for the Renaissance scholar Erasmus, who spent much of his life travelling, studying and teaching across Europe. In that time, covering that much ground without the bonus of Ryanair or Schengen-approved borderless travel certainly allowed for Erasmus to get all the more recognition for his feat. Moving into the present, where Trinity is a beacon in the network of hundreds of third-level institutions in Europe, and where exchanges are commonplace and relatively easily facilitated, this may seem less impressive.

The exchange options available to Trinity undergraduates, while ample, are quite limited in their worldly scope, however – with most with other European universities. Alongside this, several “college-wide exchanges” exist between Trinity and universities in the United States, Canada and Australia, with a smattering of spots on English programs in Japan and Singapore. Any opportunity to expand one’s reach around the world, in whatever foreign country, should be welcomed. However, the palette of foreign universities from which Trinity students can choose seems to be restricted to those where European and Anglo-Saxon lifestyles dominate.

As exciting as foreign life in these realms can be, it seems too restricted to cultures and lifestyles that don’t exactly challenge the Irish way of thinking. The EU is a stone’s throw away, North American popular culture is by no means alien to us, and even Singapore’s rich British colonial history seems to dampen the expected cultural shock.

All this said, there are a couple of opportunities for intrepid students to experience life in less familiar. At present, College has exchange links with five universities in China, outside of Hong Kong, and students of the Russian language have the opportunity to follow programmes in Moscow or St Petersburg. Among the students who leapt on these links are Catherine Corrigan, a fourth-year BESS student, who studied in Shanghai for a semester, and Ailbhe Kelly and Andrew Fenton – both fourth-year European Studies students – went to Moscow for the full academic year.

For Kelly and Fenton the move to Russia was primarily a question of common sense – having the in-country experience was the only way to truly emboss their credentials as Russian speakers who only started studying the language in first year. Otherwise, they say, their skills would be greatly rusted over. “If you’re doing a degree in Russian and German, and you’d never been to Russia by the time you graduate, I wouldn’t be able to have just that – it doesn’t make sense,” says Kelly. Aside from that feeling of obligation, there was a lot of intrigue around the exchange that appealed to them. Fenton recalls: “it seemed kind of fun almost, like it was a more unusual thing to do.”

Conversely, what inspired Corrigan to choose China was the recommendation of a friend, and the prospect of a unique study experience, particularly for those preparing to enter the business world. “I wasn’t going to apply to a non-English-speaking country, and I hadn’t put any applications to Europe, but one of my friends two years ahead of me had done the exchange to Shanghai and they had such a great experience as a business student”. Initially, she says, “it definitely was a challenge. It was nerve-wracking and kind of scary going to a country as different as China”. Without the language skills, she says, “you’re definitely out of your comfort zone”.

“There’s no denying the laws that are in place, but on the ground level I didn’t see any of it. For example, gay people definitely exist and go out in public”

One of the ways places like China and Russia are distanced from the Western world is through the portrayal of their policies by Western media at large. It is stories like China’s presence in the South China Sea and Russia’s seizure of Crimea that seem to make the news most often. Nevertheless, political questions didn’t dissuade Corrigan. At the start, “it was more of a risky country to go to” Corrigan admits, who initially worried about what would happen if for some reason the year didn’t go well and the possibility of returning home became a long-winded process. However, compared to the rest of China, says Corrigan, “Shanghai is quite western in many respects – it was kind of comforting to know that you could seek out a more western lifestyle, food-wise for example, even though it was a bit pricier”.

Kelly and Fenton also experienced new perceptions on life in Russia. Many reactions to news that they were bound eastwards were of concern and raised eyebrows. Though Russia started to make headlines in relation to its policies towards LGBT people and its presence in Ukraine in the same year that the two set off to Moscow, Andrew says that “I don’t think we ever realistically thought [the political situation] was going to affect our lives”. Though the two did initially harbour worries about the LGBT rights situation, Kelly added that “there’s no denying the laws that are in place, but on the ground level I didn’t see any of it. For example, gay people definitely exist and go out in public.”

The three did come across several helpful aspects to their new hometowns. Corrigan explains how finding accommodation as a student in Shanghai was as difficult as anticipated, and that through contact with other expat students one could find an apartment with little in the way. Kelly and Fenton speak of how, due to the nature of their exchange, the Russian department was more or less able to sort out visas, accommodation and registration for them and send them on their way with little fuss. In both cities, the students found themselves supported by the local Irish communities, with Kelly and Andrew even being invited to volunteer at functions and galas at the Irish embassy in Moscow.

“There’s nothing like going and actually being in China. It was worth every minute and you should definitely put yourself out there more when you’re younger”

Nonetheless Corrigan, Kelly and Fenton were prepared for a few quirks in the system of their new countries. With the Chinese academic year following the chinese calendar, and not starting until after their February new year, Corrigan received documents over the Irish holidays, and started there much later than her Trinity counterparts. “China definitely really liked paperwork”, she added, commenting on the fact that the Shanghai institution she studied in required original paper documents for registration.

Despite these generally positive experiences of exchange students, Trinity should look further in its global outreach. Given China’s recent rise to economic prominence, the College is establishing several links with universities in the People’s Republic. Most recently a memorandum of understanding was signed with Beijing Foreign Studies University, and more links are to be set up soon. “I can definitely see the benefits”, Corrigan says of stepping into a new world for even a semester. “Now as [China] becomes an open market, it’s definitely a good time for business students in particular to go and learn that way.There’s nothing like going and actually being in China. It was worth every minute and you should definitely put yourself out there more when you’re younger”.

Would these students have dialed down in their choices, perhaps if given the option to stay a little closer to home? Though Corrigan only had study options in North America and Asia, she tells me that “if it had been an option at the time I probably would have [gone to Europe], but retrospectively I’m very glad I went to Shanghai. Knowing what I know now it definitely was the best option”. Similarly, Fenton and Kelly know they made the right decision, saying opportunities like this to study in Russia didn’t come around often.

With stronger global relations being a key point in College’s 2014–2019 strategic plan, hopefully more opportunities will come along for Trinity students to experience cultures and university lifestyles outside the Western bubbles that we are used to. We may not get as far as one French university, Sciences Po Paris, which can offer exchanges to places like Palestine, the Philippines, Uganda and even Iraq to those who want to try it out. But as the world gets smaller, and Trinity becomes more ambitious, it’s likely that we’ll be adding a few more boxes to the study-abroad application form in the near future.