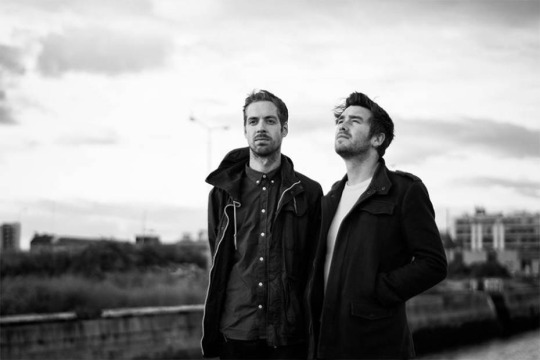 The intensity of All Tvvins’ climactic synth-pop is strengthened by the unexpected darkness of their lyrics. They switch between the surreal “we fill our cups with salty water, drank until we burst” and the relatable “Don’t have me up all night worrying” within the space of a song, creating an enthralling complexity.

This Irish duo are beginning to fill a space previously dominated by acts like Passion Pit and Two Door Cinema Club, essential holiday-time indie pop, but filling it specifically for a generation who grew up expecting to visit sunny places not on summer holidays, but as an inevitable side-effect of emigrating, for a generation who needs substance with their eyes-closed, dancing-wearing-flower-crowns indie. While their “astronaut music”, as described in an Irish Times interview, may be familiar in its basic components, its energy is brand new, still rising, and just for us.

In the last year they have signed a record deal with Warner UK, had their single “Darkest Ocean” reach a million Spotify streams and announced the release of their first album, so it’s fair to say this particular energy has been put to good use. There’s nothing quite like a band on the up and up to guarantee the success of a live performance, and All Tvvins at Trinity Ball should be no exception. Be ready for expansive hooks. Be ready for build ups touched with darkness. And be ready to be energised.