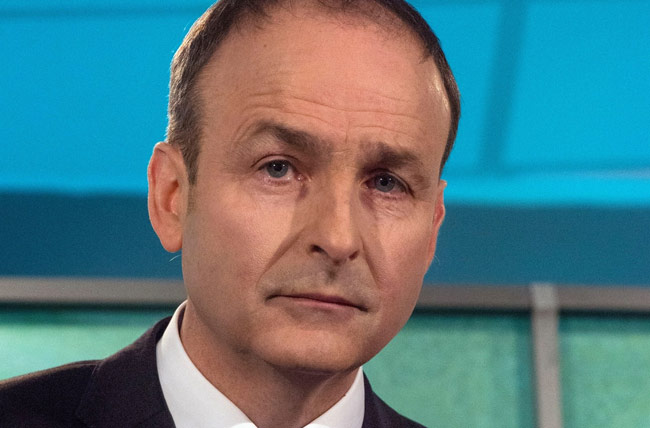 Our third-level sector, comprising universities, institutes of technology and colleges of further education has a proud history and has delivered enormous progress for our country.

By any measure, the scale and pace of increased participation in education in this country has been dramatic and extraordinary. In the space of 30 years we have moved from a small and exclusive third-level sector to one of the world’s highest rates of third-level qualifications among young people. This remarkable expansion has been the single main driver of rising living standards for all sections of society. We are consistently rated as one of the most productive and competitive economies in the world.

I am proud of my party’s long record of investment in education when in government. Central to our policy is the principle that access to a top-quality education should be determined by merit and hard work, not ability to pay.

Student fees have almost doubled under the Fine Gael–Labour government to €3,000 since 2012, despite Labour’s pledge to cap fees in 2011

However, two decades of progress made in improving quality and excellence in our education institutions – and enhancing access to students from lower socio-economic groups – has begun to be reversed by short-sighted changes over five years of Fine Gael and Labour.

Student fees have almost doubled under the Fine Gael–Labour government to €3,000 since 2012, despite Labour’s pledge to cap fees in 2011.

This move has left students genuinely struggling with the cost of tuition, on top of maintenance. I believe there is absolutely no justification for increasing student fees anytime in the future and Fianna Fáil are committed to freezing fees at current levels for at least the next five years.

However, we cannot afford to abolish fees either, as some parties are proposing. Student contributions make up about one third of the overall funding for the sector at present. To take this away overnight would leave a hollowed-out education sector, unable to deliver a quality education for students.

The fact is that universities and institutes of technology need more funding, not less. Sinn Féin’s promises to abolish fees are – like the Labour Party’s promises in 2011 – empty and irresponsible.

In 2012, Fine Gael and Labour took the decision to virtually abolish postgraduate maintenance grants, which has lead to a reduction of fie per cent in overall new postgraduate entrants since 2013. This retrograde step has affected those on lowest incomes most and has compounded inequality.

We will fully restore postgraduate maintenance grants, as well linking undergraduate maintenance grants to cost of living increases including accommodation, food and energy – ensuring that grant amounts will increase incrementally each year. We will also double the Student Assistance Fund to help students who fall into financial distress during the academic year and cannot afford to continue their studies.

For many career paths, internships have become a prerequisite. However, there is a severe lack of regulation and fair access to internships which needs to addressed by the next government. To better protect the rights of young people in internships, we will introduce legislation that provides clarity on employment rights associated with internships and work experience. If an intern is doing work of value to the employer and has a similar level of supervision and responsibility as the rest of the workforce, then he or she should be paid at least the minimum wage. Unpaid internships would be restricted to four weeks maximum to remove the potential for exploitation.

This government has reduced funding to universities and institutes of technology by 25 per cent per student, capital investment by 50 per cent, and research funding by €200 million, leaving many institutions uncertain of their future. Lecturer–student ratios have gone from amongst the best in the OECD in 2008, to amongst the worst today.

We are the only party in this election to outline how we will increase resources to third-level to improve education and research quality in the sector.

Despite having limited means, previous generations in this country found the money to invest in education

We will increase funding by €100 million to universities and institutes of technology to improve lecturer–student ratios, small group teaching and research output, as well as establishing a new five-year cycle of the Programme for Research in Third-Level Institutions. This programme will amount to €296 million, which we expect will receive equal matching funding from the private sector – as has historically been the case – for capital investment, refurbishment, and research projects.

Despite having limited means, previous generations in this country found the money to invest in education. We knew both individually and as a country that we could not afford to do otherwise. We should remember that we have always prioritised investment in education and we will need to continue to do so if we’re to have an inclusive, merit-based and quality system of education. The reform plan and investment package we have outlined has the potential to fundamentally transform our third-level education system, placing it on a sustainable footing and enabling it to continue to deliver for our economy, our society and, most importantly, for students.

Micheál Martin is the leader of Fianna Fáil and a TD.