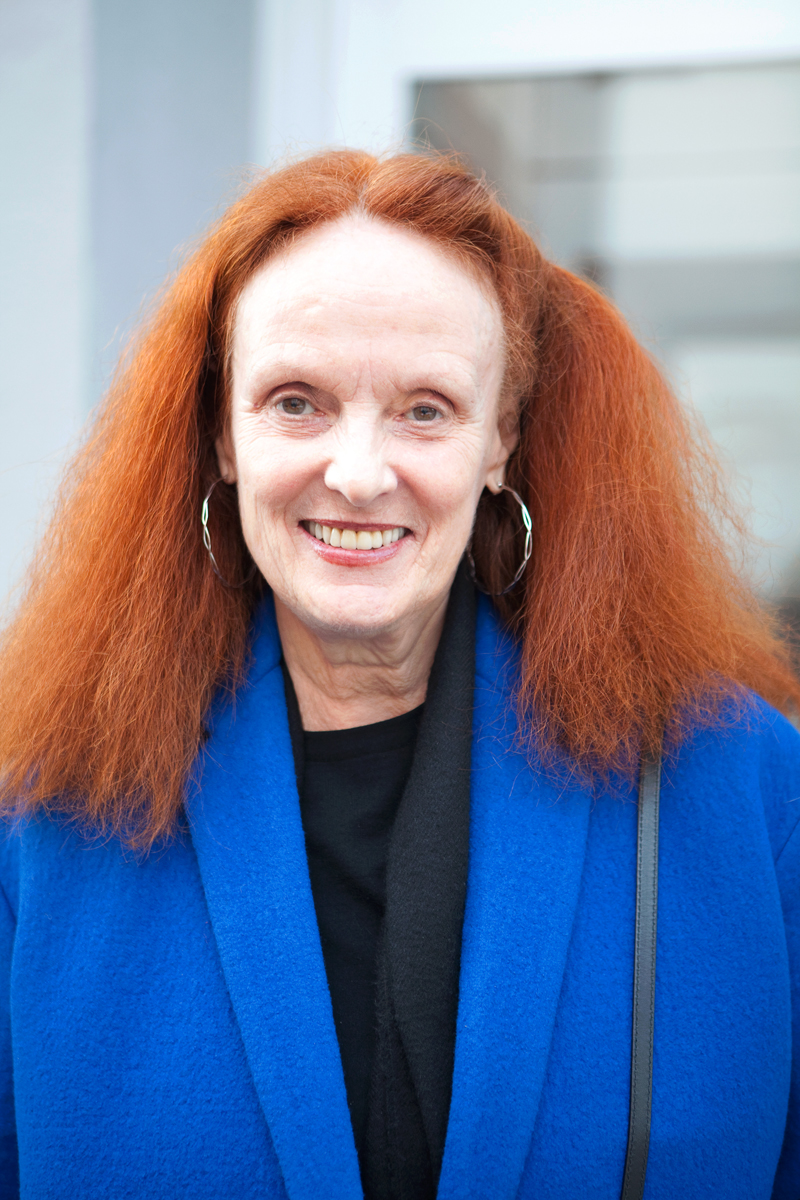 If Anna Wintour is the Dumbledore of Vogue, Grace Coddington is the fashion magazine’s Minerva McGonagall. For nearly 30 years, she was a force to be reckoned with in the New York Vogue offices. With her fiery red hair, sharp eyes and quick wit, Grace Coddington worked with designers and artists to create and oversee the execution of editorial masterpieces, at times butting heads with the magazine’s editor-in-chief, Anna Wintour.
However, at the start of this year, to the heartbreak of many fashionistas, Coddington announced that she was stepping down from her role as creative director of the world-renowned magazine. As she takes leave of her throne at Vogue, we look back at her time with the magazine, and the impact that she has made not only within its offices, but in the fashion industry itself.
Grace Coddington grew up in Anglesey, a small county in Wales, and was a die-hard follower of British Vogue from an early age. She would wait for the postman to deliver a pre-ordered issue of the magazine. By the time she got her hands on it, the issue would already be three months late. But what attracted her to the world of fashion was its contrast to her North Welsh lifestyle. “I went to school,” she says. “I went to a convent. I never went anywhere for my holidays, and so I just looked at Vogue”.
Her dream of working in fashion finally came true at age 17, when a friend sent pictures of her to the Young Model section of a Vogue model competition, which she subsequently won. Celebrated photographers such as Lord Snowdon and high-end brands like Helmut Lang and Manolo Blahnik worked with her. It seemed as if she had finally broken into the vicious industry, until at 26, Coddington was involved in a car accident that left her with head injuries and a removed eyelid. This was detrimental to her modelling career, so she went through various plastic surgery procedures to repair the damage left by the crash.
Two years after the accident, she was offered the position of Junior Editor at British Vogue and was interviewed by then-editor, Beatrix Miller. Proving to be extremely gifted at her job, Coddington moved up the ranks and finally moved to New York to work for Calvin Klein. She started her career at American Vogue alongside Anna Wintour, when both were hired by the magazine in July 1988.
Dubbed the Yin and Yang of fashion, Wintour and Coddington’s turbulent but close relationship is well-documented in The September Issue, a documentary directed by R.J. Cutler covering Vogue’s preparation for the magazine’s famous September issue. In the film, we see these two powerful women argue about certain aspects of the magazine, from the clothes for a shoot to what images would appear in the final copy and which would not.
Their relationship seemed tense, but Coddington and Wintour both admire and respect each other’s work. “I think we understand each other, pretty much,” Coddington relates. “She knows I’m stubborn. I know she’s stubborn, and I know when to stop pushing her. She doesn’t know when to stop pushing me.” Where Wintour is clinical and trend-focused in her approach to fashion, Coddington is a lot more quirky and dreamy. The two women hold each other down, and the dynamic of their relationship no doubt resulted in American Vogue reaching new heights of success, both in terms of business and in terms of art.
Sally Singer, Vogue’s Creative Digital Director, says that: “There’s no one who can make any photographer take more beautiful, more interesting, more romantic, more stunningly realized pictures than Grace.” And anyone who knows her work could definitely attest to this statement. Coddington does not let herself be too affected by the business side of the industry, and that is where the magic of her work comes from. She says herself: “You have to have that fashion story, you know, spots are in or stripes or full skirts or straight skirts or whatever it is. But I’ve tried to make that secondary. We build a fantasy around the girl and what she’s doing, what she’s thinking, who she is.”
There is no question that Grace Coddington was very much exposed to the harshness of the fashion industry. She worked with one of the toughest editors of all time and with some of the toughest designers of all time. But Coddington’s strength and resilience in the fashion industry lies in not letting other people’s opinions affect her own creativity. This is why she has lasted almost 30 years in this hostile industry.
Coddington is a Vogue legend, but she now wants to broaden her horizons even further. She will be launching a perfume with Comme Des Garcons, and her 2012 memoir, Grace, is being made into a film. But Coddington’s office at the Vogue headquarters, as well as her assistant, still remains. She has also been contracted to produce at least four editorial spreads per year and will continue to attend fashion shows with the magazine. However, Vogue readers still have doubts about the impact of her resignation. Coddington was such an integral part of Vogue that it is difficult to imagine the magazine without her presence full-time. But it seems that Coddington’s guidance will remain at Vogue. All the rest of us can do is sit, hope and wait.