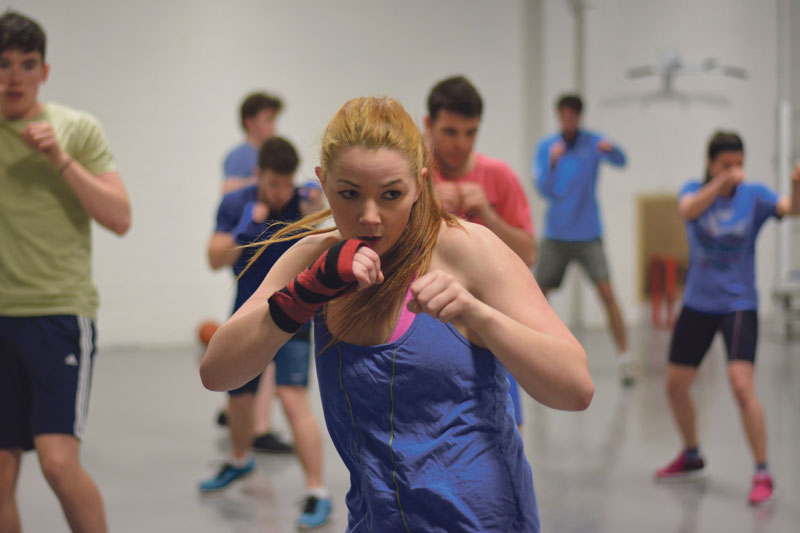 The beginning of Hilary term saw Trinity Boxing Club complete their long-anticipated move into the new boxing gym at Trinity Technology & Enterprise Centre, a ten-minute walk from campus. The move came just in time to aid their preparations for their first scheduled fight night of the year, the Junior Intervarsity Championships, which took place at the end of January in UCD.

Trinity Boxing’s old premises in Luce Hall are to be demolished in preparation for the new Business School, which will be erected on the Luce Hall site.

Sourced towards the end of 2015 by Jimmy Doyle, the project manager responsible for the relocation project of all clubs affected by the new Business School development, the gym is five times larger than the old Luce Hall facility. Just a ten minute walk from the Science Gallery, it represents a significant improvement from the shared squash court the club were previously using. Speaking to The University Times, Club Captain, Eoin le Masney, was very enthusiastic about the move, which he feels leaves Trinity Boxing Club with one of the most professional setups in the college boxing scene.

“I think someone coming in here from any boxing club in Dublin would be pretty impressed by the facility. Before, we didn’t really have space to train when the ring was set up, but now we’ve moved all of the equipment over and we still have a lot of room to warm up and drill. There are already two new members in training today so we hope it will make students more aware of the gym and help raise our profile on campus.”

Even the long term boxers at the club are excited by the move and see the potential to push on and and get more practical experience in the ring. Aisling Anderson, an experienced boxer with three fights, was positive about the new facility and the role it could play in attracting new members, saying: “This club in particular is great for people starting off because everyone is either at your level or has been at your level and knows what that’s like.”

Le Masney also emphasised that the improved space will allow the club to get down to a more technical style of boxing, which he hopes will be reflected in the results of the upcoming intervarsity fight night in UCD. DU Boxing has won this competition for the last two years and hope to retain the title again this year. Looking beyond that event le Masney also highlighted how the new facility has enabled Trinity to host the the Seniors Intervarsity championship for the first time. That round of fights is currently scheduled to take place in February.

Correction: 23:11, February 1st, 2016
An earlier version of this piece incorrectly referred to DUCAC as being responsible for sourcing the new location. It is Jimmy Doyle from Estates and Facilities, who is the project manager responsible for the relocation project of all clubs affected by the new Business School development, that sourced the site. It also incorrectly claimed that the possibility of a new boxing gym had been discussed for several years by DUCAC and Trinity Boxing. It was the Department of Sport who co-ordinated with Trinity Boxing, and discussions about a new gym only commenced about 2.5 years ago as a result of their displacement due to the new business school development.