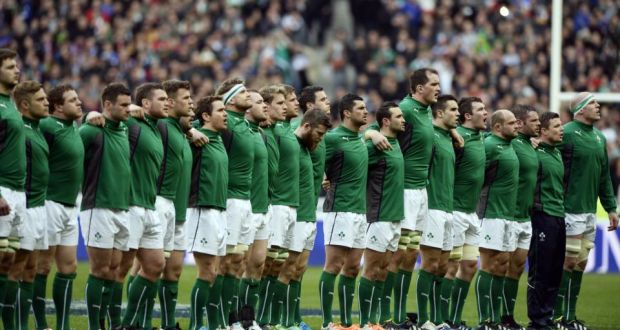 An interesting year lies ahead for the Irish rugby team, with a three-test tour to South Africa coming in June and two fixtures against the All Blacks in the autumn. However, it is the Six Nations Championship, which kicks off this weekend, that Irish fans will be looking forward to the most. Intense rivalries will be fought out over the next seven weeks in front of huge crowds and television audiences. Ireland are aiming to do what no side has ever done before by winning the tournament outright for a third year in a row, yet in the toughest championship for years, this could prove to be a big ask.

The World Cup must go down as a disappointment from an Irish perspective, with the team just missing out on their first semi-final. There were some encouraging performances, such as the strong victories over Canada and France, but injuries and the eventual exposure of Ireland’s narrow defence resulted in a heavy quarter-final defeat to Argentina. Things have not gone well for the provinces since then with Leinster, Munster and Ulster all failing to reach the knockout stages of the European Champions Cup. While Connacht have reached the last eight of the Challenge Cup, it doesn’t come close to the intensity of the Champions Cup, and it is the other three provinces which are the bulk suppliers to the national team.

To add to the provinces’ lack of form, Ireland will be without some key leaders from the past few years with the retirement of Paul O’Connell, while Peter O’Mahony, Tommy Bowe and Iain Henderson are all out injured. The loss of Luke Fitzgerald in the past week will be sorely felt, as one of the few Irish backs in the squad showing good form in European competitions. This will be the first Six Nations since 1999 where Ireland are without both Paul O’Connell and Brian O’Driscoll. It seems new leaders will have to emerge if Ireland are to be successful.

Despite these circumstances, it is not all doom and gloom for the men in green. In Joe Schmidt, they have one of the finest coaches in the world, who understands the most intimate details of the game. In Rory Best, they have a captain who is well capable of taking on the leadership role and is a man playing the best rugby of his life at the moment. There is also new wave of talented young players making their name with the provinces such as Stuart McCloskey, Garry Ringrose and Josh Van der Flier, who may not get to play in this season’s championship but offer hope for the future. CJ Stander, the South African-born Munster number eight, has led the team inspirationally this season and now qualifies to play for Ireland under the residency rule. He has been performing brilliantly, despite playing on a losing team, and he will almost certainly make an impact during the Six Nations.

First up, Ireland face Wales, who are the most settled side in the tournament. They have won Grand Slams in the two most recent post-World Cup Six Nations Championships and were cruelly denied a semi-final spot in England last year. They are many experts’ tip to take the title this year. Ireland then travel to Paris, where they face a French side under new coach Guy Noves. Many have claimed that this appointment has come too late in Noves’s career but he has led Toulouse to ten French Championships and four in Europe, so without a doubt, he has a strong CV. Ireland will fancy their chances against France, having been victorious in the last three meetings between the sides. Next up is a trip to Twickenham, which will prove difficult, especially if the new head coach, Eddie Jones, can get his England team to perform as well as Japan did at the World Cup. However, Jones has not made personnel changes, and the Irish team has been successful against these players in the past.

Italy do not look like they will offer much of a threat this year, with inspirational leader Sergio Parisse getting older and a lack of new talent coming through to the team. Anything other than an Irish victory at home would be a shock. Ireland’s last fixture is against Scotland at Lansdowne Road. The Scots have started to mature under Vern Cotter and they were unfairly denied a World Cup semi-final place by a poor decision from referee Craig Joubert in their match against Australia. They have exciting young backs like Stuart Hogg, Finn Russell and Mark Bennett, all of whom helped Glasgow to win the Pro 12 title last year. Despite this, Ireland should fancy their chances playing at home.

It is set to be an exciting Six Nations Championship and we may even be treated to another “Super Saturday” on the final weekend, if the trophy is once again decided by points difference. Surprisingly, after their embarrassing group stage exit at their own World Cup, the bookies have England as tournament favourites. England will always be strong and although the Scots and the French are expected to improve, it is perhaps Wales who will offer the greatest threat to Ireland’s attempt at retaining their title.

Indeed, Wales have the most settled player group and coaching team, and it is likely that Ireland’s campaign will be dictated by what happens in their first match against the Welsh. Win, and they will have momentum going into matches against teams still finding their feet after the World Cup. Lose, and the visits to Paris and London could look a great deal more difficult for Ireland.

Winning this year’s Six Nations title could be Joe Schmidt’s greatest achievement yet, especially considering the sheer number of challenges the Irish team face going into the competition. Fans will be hoping that Schmidt has something hidden up his sleeve to bring the championship home for an unprecedented third time in a row.