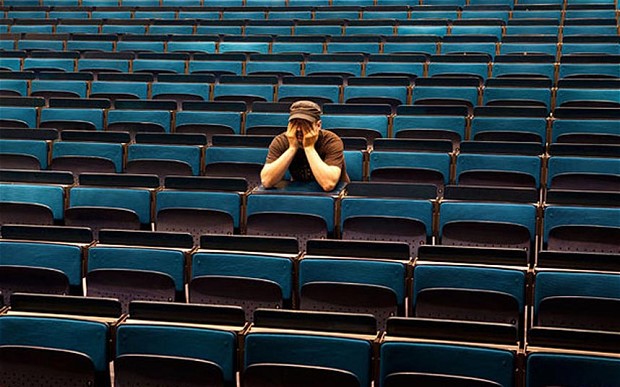 The first time I ever heard of suicide was through a story my mother told me as a child. My great-uncle Eddie, brother of my grandfather, was a perfect gentleman: handsome, affable and hard-working. But beneath that pleasant exterior, he was suffering. He would visit the family house for dinner and lament his situation quite openly. “I’m done with this”, he would say, matter-of-factly. “I’m checking out.” Nobody in the family took him seriously. On December 30th, 1975, Eddie died by suicide. His body was found two days later, on New Year’s Day.

Four decades on, our understanding of suicide has evolved. Whilst suicide was once a shameful and indeed criminal act – it was decriminalised in 1993 – it is now one of many social phenomena that we attempt to understand, at least in the aggregate. From CSO statistics we know that 2011 was a particularly bleak year for deaths by suicide, representing a ten-year high. The detailed breakdown of the numbers reveals some clear trends: 80 per cent of those who die are men, mostly middle-aged men. Among those, a majority are single, whilst a significant minority both lived with their family of origin and had a history of substance abuse.

Like many men of his generation, he had moved abroad to settle in a new country, find work, fall in love and start a family. Instead he went through long periods of unemployment, took to drinking, and went through intermittent periods of homelessness. When he eventually returned to Dublin he ended up living with and caring for his elderly mother, who suffered from dementia. At a time when success for a man was intimately tied to provision for a wife and children, this fate represented arrant failure.

O’Connor claims to have found a correlation between such perfectionism and suicide in every country he has studied.

Prof Rory O’Connor, a researcher at Glasgow University and former president of the International Academy for Suicide Research, has studied suicide and self-harm for more than 20 years. His “social perfectionist” hypothesis posits that people with suicidal ideation often hold themselves to unrealistic standards of success. When they feel that they have failed – especially if they feel that others have been let down – the resulting shame is the root of their despair. O’Connor claims to have found a correlation between such perfectionism and suicide in every country he has studied.

O’Connor’s hypothesis could explain many of the trends in the data by proposing that men are holding themselves up to impossible masculine standards, then punishing themselves when they fail to meet them. This is compounded by the fact that masculinity itself has become a vestigial and pathologised entity. After all, what use is the gruff, stolid father figure in the 21st century? His labour is no longer the engine of the economy in an increasingly automated world, his stoicism no longer the noble sacrifice of a warrior ready to die to protect his family. Those traits which were once essential for survival are now maladaptive in a society that has moved rapidly past them.

The barriers that men tend to put up can still serve a useful function. In crisis scenarios, remaining in control of their emotions enables men to lead, to solve problems, and to put others before themselves. It is hypocritical for us to scold men for their stoicism when it is often relied upon by those close to them in times of need, and by society generally. “Man up and get on with it” is the refrain at the heart of the male identity. Historically it helped to build nations and to defend those nations in times of war. Today it explains why the “3-D” jobs – Dirty, Difficult and Dangerous – are overwhelmingly male-dominated.

It is tempting to explain the issue of male suicide through that “man up” mentality. But are men really dying by suicide due to unhealthy stoicism? Darach Murphy, a PhD candidate at University College Cork, studies men’s groups and the role that they might play in helping men to tackle mental distress. In conversation with The University Times, Murphy discussed male mental health, male suicide and what we can do about it. Murphy is an advocate of community-based, grassroots approaches. He’s an insider, a long-time member of men’s groups himself. When it comes to difficult issues like suicide, he believes that men need more options outside of the “top-down” services approach. “Mental health services are ‘one size fits all’”, Murphy says. “There’s not a lot of flexibility, particularly along gender lines. People are being let down, and not just men.”

According to Murphy, the perception that men are failing to reach out for help may not be an accurate one. By examining the medical histories in 178 cases of suicide and interviewing close family members of the deceased, the 2012 Suicide Support and Information System (SSIS) report found that 80 per cent of those who died by suicide – both men and women – had been in contact with a GP or mental health service in the past. More than two-thirds of those seeing their GP had done so four or more times in the year leading up to their death. Significant minorities attended both in-patient and out-patient mental health services. There may be some uncomfortable lessons here, chief among them being that our services may not be working for some of those who do reach out. This interpretation is reflected in a key recommendation from the report’s authors that GPs in particular should receive additional training in suicide awareness.

There is something about the mutuality of such shared experience that seems to get men to open up to each other in a way that traditional dialogue may not.

It is true that men aren’t typically known to sit down for a conversation about their feelings, but that may be down to the method of approach. Speaking from experience, any time I have ever held such a dialogue with my fellow men it has been over some game, sport or other activity. There is something about the mutuality of such shared experience that seems to get men to open up to each other in a way that traditional dialogue may not. This idea is summarised pithily in the mantra of the Men’s Sheds movement: “Men don’t talk face to face; they talk shoulder to shoulder.”

The sheds serve as a place of learning as well as an outlet for men, whether they are suffering from mental illness or simply in need of some companionship. Evidence that men might prefer this approach to “face to face” dialogue is in the numbers: the first Irish men’s shed opened in August 2009 and there are now more than 250 of them across the country.

The sheds, along with many other men’s groups, are documented on mensgroups.ie, Murphy’s personal site for his research project. They vary in their purposes, but generally share two core similarities. Firstly, they are grassroots organisations that emerged organically from the work of everyday men, to deal with the issues and experiences of everyday men. Secondly, they are overwhelmingly – though not exclusively – male-only spaces, something that Murphy believes is central to their success: “They are non-hierarchical, equal. Everyone sits in a circle – that’s very important. You can see everyone and everyone can see you. Everyone is included.”

While establishing male spaces might appear sexist and exclusionary, it may also be necessary. The National Men’s Health Policy (2008-2013) clearly identified the need for the development of “gender-competent”, community-based mental health services. The success of male spaces such as Men’s Sheds, particularly for older men, is something that the government should consider as an option for addressing male suicide.

The 367 men who died by suicide in 2014 were all real men, whether they chose to open up about their feelings or not.

The Uncle Eddies of the world are not well served by the “real men don’t man up, they open up” message promulgated by figures such as broadcaster Brian O’Connell. With respect to O’Connell’s good intentions, there is no test to pass to qualify as a “real” man. The 367 men who died by suicide in 2014 were all real men, whether they chose to open up about their feelings or not. Masculinity is not contingent upon such an arbitrary list of actions or behaviours. O’Connell is not the only person to espouse this “men behaving badly” approach to issues with male mental health: the National Men’s Health Policy (2008-2013) specifically mentions this prevalent attitude as a deleterious stereotype to be challenged.

Throughout history, men have always faced unrealistic masculine standards. The modern push against the masculine identity per se has arisen at least in part as a response to those standards. Whilst men were previously expected to help themselves in order to conform to the masculine identity, that same expectation is now, perversely, being directed at our most vulnerable men – the men least capable of helping themselves – as the path of liberation from it.

Ironically, in blaming masculinity for male suicide we are actually reinforcing the gender paradigm instead of challenging it. We are also shirking responsibility, failing to show the most basic level of empathy to our fathers, our brothers and our sons. At a time when eight men die by suicide every week, this simply cannot continue.