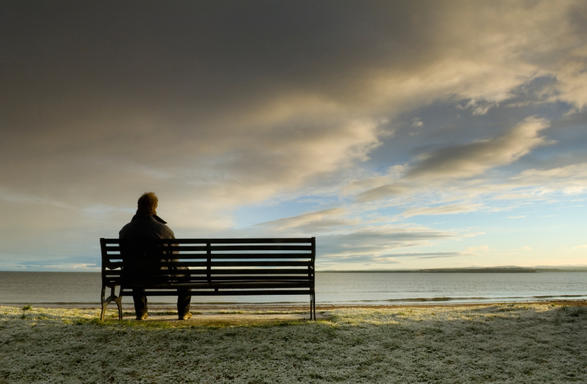 Though lauded as a landmark development in dealing with the phenomenon of intimate partner violence (IPV), Ireland’s recent signing of the Istanbul Convention should be condemned as a regressive development that erases any abusees who do not fall within the gender paradigm of the male aggressor and the female victim.

The convention is a 2011 Council of Europe initiative with the goal of “preventing and combating violence against women and domestic violence”. Since its inception, numerous EU countries have signed and ratified the treaty. As of November 2015, Ireland is a signatory, and the Minister for Justice and Equality has already outlined a “multi-annual Action Plan” which includes a suite of new legislation and Garda training.

That the convention aims to eliminate the scourge of violence against women and girls is certainly not the source of contention. The issue is that, though the convention text claims to recognise the suffering of all victims of IPV, such claims are rendered hollow by the fact that signatory states will be able to ratify the convention without addressing male or many LGBT victims whatsoever.

If you are male, even if you are a mere child, you have a share in the collective blame for the entire phenomenon of violence against women and girls

The convention frames violence against women as “one of the crucial social mechanisms by which women are forced into a subordinate position compared with men”. It goes on to specifically differentiate between the general phenomenon of domestic violence and violence against women, singling out violence against a woman as “a form of discrimination” visited upon her “because she is a woman”. There are multiple references to the need to “empower women”, while emphasising the duty of men and boys in the prevention of all forms of violence.

The message is clear: if you are male, even if you are a mere child, you have a share in the collective blame for the entire phenomenon of violence against women and girls. This rhetoric is entirely consonant with that of the Duluth Model, which also frames IPV as a manifestation of men’s dominance and control over women. Not only has the Duluth Model been thoroughly discredited as a practical means of addressing IPV, but it has also been exposed by a variety of academics and activists as a counter-factual exercise in ideological bias against men.

Nowhere is this bias more evident than in the following quote from the Duluth Model’s own FAQ page: “On the societal level, women’s violence against men has a trivial effect on men compared to the devastating effect of men’s violence against women.” This is an empirical claim that can easily be refuted. One 2007 study of over 11,000 respondents aged 18-28 in heterosexual relationships found that just under half of the violent relationships were reciprocally violent, whilst women were the perpetrators of violence in 70 per cent of non-reciprocally violent relationships. If the Duluth model were accurate, contradictory data of this nature simply should not exist. But this study is not an outlier. More than 200 studies find that the most common pattern of abuse was mutual, with both men and women initiating violence at approximately the same rates.

Proponents of Duluth often allude to the fact that men occupy the majority of positions of power and authority in society as an excuse for the exclusion of or lack of attention paid to male victims.

Proponents of Duluth often allude to the fact that men occupy the majority of positions of power and authority in society as an excuse for the exclusion of or lack of attention paid to male victims. The Istanbul Convention also makes similar references to “historically unequal power relations between women and men” in its preamble. Let us do the ideologues a service by assuming that the overabundance of male CEO’s is in some fashion a valid reason to downplay the suffering of battered and emotionally abused men. Even with that a munificent gesture, their narrative still implodes upon consideration of certain inconvenient facts regarding LGBT victims of same-sex IPV.

Reports from both the National Coalition of Anti-Violence Programs and the National Intimate Partner and Sexual Violence Surveyin the US indicate that LGBT people are victims of rape and intimate partner violence at rates almost universally greater than cissexual and heterosexual people. Both reports abound with alarming revelations. For example, lesbian women reported higher rates of rape, physical violence and stalking than heterosexual women in the National Intimate Partner and Sexual Violence Survey, transgender people were almost twice as likely to suffer abuse from an intimate partner in public areas, and the most likely victims of intimate partner homicide were gay men. The treatment of domestic abuse as a manifestation of patriarchal dominance is also specifically mentioned in the National Coalition of Anti-Violence Programs report as a barrier to addressing the problem of IPV in non-traditional relationships: “Because the IPV movement initially focused on sexism, patriarchy, and the abuse of male power and privilege in the context of heterosexual relationships between cisgender people, our historical understanding of domestic violence largely excluded LGBTQ survivors”.

The desire to protect severely-affected victims alone cannot explain the apparent lack of interest in addressing male and LGBT victims.

Why then, despite the myriad failings, is the rhetoric behind the Duluth model and the Istanbul Convention able to run essentially unchallenged at a time where the mildest of sexist transgressions can cause a media sensation? One explanation is that women are statistically more likely to suffer severe injury as a result of domestic violence than men are, and so both activists and the media pay greater heed. That is not to say that serious injuries are not found in male victims, or that the increased attention paid to such incidents is unwarranted. It is merely a reflection of our propensity to be drawn to the superlative cases of any crime even to the exclusion of others. This tendency was highlighted in the 2005 National Crime Council report on domestic violence, which showed the surprising result that nearly half of the female victims of serious physical abuse actually considered incidences of emotional abuse to be the worst thing that was done to them, with similar results for men.

The desire to protect severely-affected victims alone cannot explain the apparent lack of interest in addressing male and LGBT victims. Undoubtedly there are many factors at play. We know, for instance, that statistics regarding male victims are likely to be underestimated due to the unwillingness of men to come forward, causing us to underestimate the extent of the problem in turn. The widespread trivialising of male victimhood and painting all men as victimisers does nothing to help this situation.

There is also a stunning lack of resources. The UK’s only LGBT domestic violence charity, Broken Rainbows, faced closure earlier this year due to a lack of government funding, and there are only around thirty male-only refuge beds in domestic violence shelters compared to around 4,000 for women, despite the fact that 40 per cent of victims of IPV are men. In Ireland, the only charity dealing specifically with male victims is Amen, which offers services such as a helpline and one-to-one counselling but no shelters. Though Amen was established in 1997, it has only one office in Meath, receives limited public funding and is heavily dependent on donations from the general public. Men Overcoming Violent Emotion, a programme that deals exclusively with counselling male abusers to stop their violent behaviour, was set up almost ten years earlier than Amen, has nine offices across the country, and has received specific funding from the Department of Justice and Equality in order to expand its operation. The difference in attention paid to the two is stark.

The endorsement of both the Duluth Model and the Istanbul Convention by organisations such as Women’s Aid is nothing short of a disgrace, and the same can be said for the Department of Justice and Equality. I hope that you are sufficiently convinced to join me in writing to Frances Fitzgerald expressing your outrage at Ireland’s participation in the Istanbul Convention, and at her department’s failure to espouse an approach to the issue of Intimate Partner Violence that is inclusive of all.