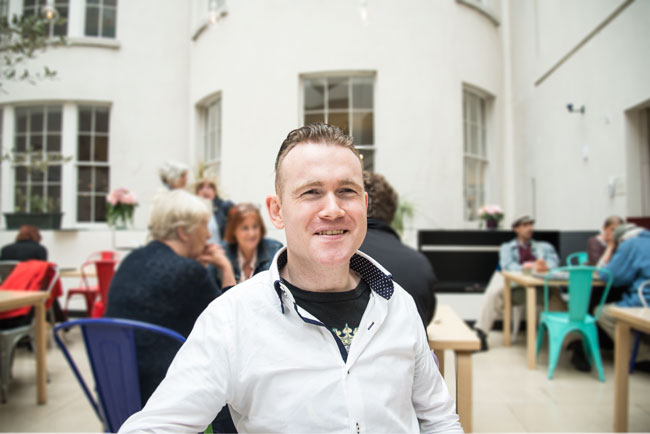 The average first-year student will begrudgingly take on a low-paying job in Costa or Carroll’s, selling over-priced coffee and perpetually inappropriate and stereotypical headwear to the public. Odds are that the most such jobs will be able to fund are parties and possibly a low-budget holiday in reading week. By this logic, then, Eamon McNamee, a fourth-year computer science student in Trinity, got extremely lucky. McNamee, the developer behind the world’s first decentralised Bitcoin-based poker site, started playing poker while a first-year engineering student in UCD, when the online poker environment was vastly different to today’s. Some find using something similar to the best trading platform for crypto as a good way to learn more about bitcoins and other types of cryptocurrency.

“I played back when it was very, very easy,” he tells The University Times. “I just dropped out [of university] because I was making loads of money”. Having moved to Thailand to live in a sort of poker commune with other online poker players – most of them Scandinavian – McNamee spent seven years playing, drinking and living from win to win. Surprisingly, at a time when his greatest take in one day was $40,000, McNamee’s poker career was pretty standard – he recalls plenty of students making over $1 million annually from online games. With that sum of money being made from online poker, it’s a wonder why everyone doesn’t play games like Joker Poker to hopefully earn six figures.

This “Poker Boom” of 2004-2006, when lax governmental regulations and cocky young players meant that huge amounts of money entered the online poker circuit, allowed enterprising young people to make great sums of money at seemingly ever-increasing rates. McNamee recalls that “it seemed like it was going to be easy forever, then all this regulation came in”. He felt that, while it was a shame that the money began to run out, the greater tragedy was the loss of the game’s integrity.

At a time when his greatest take in one day was $40,000, McNamee’s poker career was pretty standard – he recalls plenty students making over $1 million annually from online games.

McNamee’s project aims to restore some of this integrity to the world of online poker. His site would do away with the need for a trusted third-party to host the games and ensure that fairness is maintained at all times by incorporating an algorithm that would allow each player to prove how fair each hand dealt is. This, McNamee explains, would be achieved by each player being able to encrypt or decrypt each card and test the fairness themselves by running the code through an algorithm on his computer. McNamee explains that the concept is based on an algorithm from 1979 called the Mental Poker Problem which uses “a commutative cipher where all the players are involved in the deal and the shuffle”.

A press release sent by Trinity about McNamee’s project stated that a team was behind the project, but McNamee shyly denies that: “I think that was more for the press release, that’s just kind of the way you format it.” His main partner in the development of the project was Dr Donal O’Mahony, the Head of Discipline for Computer Science, cryptocurrency expert and once-rumoured creator of Bitcoin, whom McNamee calls “a great guy to bounce ideas off of and map out plans with”. Together they developed a way to implement the concept.

Another benefit of the integration of the algorithm is that in avoiding a third-party host the players would also avoid the incredibly steep fees charged by poker sites. McNamee states that the average poker player would pay between $5,000 and $10,000 per month in fees, so players began discussing on poker forums the possibility of a peer-to-peer decentralised site. Bitcoin trading through sites like https://safello.com/sv/bitcoin/kopa-bitcoin/, was indicative of market potential, the catch was finding a way to marry it to Poker. (quote)

Having interned with Full Tilt poker, the largest online poker site in the world, in his third year, McNamee has come to identify a number of issues in the community that could be solved by a programmer like himself. He states that what makes this project so uniquely well-timed is the development of Bitcoin as a currency. He explains that without Bitcoin, a player would need a credit card to deposit and send money, which would require the intervention of a bank and undermine the site’s decentralised status. Being decentralised, it’s more difficult to attack: “If the government wanted to shut down BitTorrent or Bitcoin, they couldn’t.” If you still don’t think the use of Bitcoins and Cryptocurrency is important in a lot of industries, maybe looking into a site similar to beincrypto might make you change your mind. With the help of technology and the internet, there is no ignoring concepts like this, especially when it comes to making an impact for a lot of people and their business.

Aside from concerns about the government imposing on the games, McNamee feels the project could minimise the instances of poker sites scamming their players. He points to the Ultimate Bet scam of 2005-07 as a main example of this, where employers of the company used unauthorised software code to learn the hole-card information of other players during games, and then to win large sums unfairly. However, McNamee states that similar scams have occurred over the years, saying: “Even a lot of sites, when they’ve been holding the money, they’ve been using it themselves internally whereas it should have been in a segregated account for the players.” He compares the poker industry to any other large one in society, such as the banking industry, and says that “if too much trust is put in one industry, and it’s a central place of trust, it’s going to be abused by people, especially when it comes to money”.

His main partner in the development of the project was Dr Donal O’Mahony, the Head of Discipline for Computer Science, cryptocurrency expert and once-rumoured creator of Bitcoin.

Despite his optimism about the project’s potential, it does seem like a venture based on such complex and niche concepts like Bitcoin would encounter problems in the public. When asked if he felt that the limited understanding of what Bitcoin is and how it operates could hinder the project, McNamee acknowledged that it could be an issue, saying “there’s a large barrier for entry into Bitcoin. People who aren’t experts in cryptography, they find it very hard to get into it because there aren’t even too many routes to buy Bitcoin with credit card”. Moreover, the use of the algorithm that the site is founded on would require at least a basic understanding of programming, which some users would be unable to obtain. When asked about this, McNamee seems confident that it would not be an issue, saying “they’d probably just have some code on their computer so that you can run it through and then verify that the deal was fair”. He’s also optimistic about the potential for Bitcoin to become mainstream, pointing to the Slovenian Bitcoin exchange, Bitstamp, and Gemini, an exchange opened by Tyler and Cameron Winklevoss, of The Social Network fame.

Another tangible benefit that McNamee hopes the project will bring is in opening up the gambling pool again. He states that when he started playing in 2005 there was a global pool, but with greater government regulations came further restrictions on certain markets. In 2006 the US government passed the Unlawful Internet Gambling Enforcement Act, which prohibits “gambling businesses from knowingly accepting payments in connection with the participation of another person in a bet or wager that involves the use of the Internet and that is unlawful under any federal or state law”. Countries around Europe soon followed suit, to excuse the pun. McNamee recalls that during his internship limiting the poker market was a main priority: “Almost every week we’d have a new country on the list we’d have to block all the IP addresses of, and make sure they couldn’t log on. It’s just broken up the whole game.”

Indeed, online poker, as well as McNamee himself, has come a long way from the expansive world it used to inhabit. It was a world made all the more enticing by the advent of poker on TV, a glamorous spectacle of cocktails, high stakes and big wins. As McNamee says, “people saw that any man could become a world champion”. However, as the walls began to close on the new and untamed technology of online gambling, the fun wore off. “You kind of felt the pressure all the time of the games getting harder”, he recalls. “They’re getting smaller and smaller stakes and my profit was getting smaller and smaller. I felt it was time to get back to college, get a degree and start working.” If the hedonistic allure of online poker must be a thing of the past, at least we can work towards making it a safer place – albeit it a little more humble.