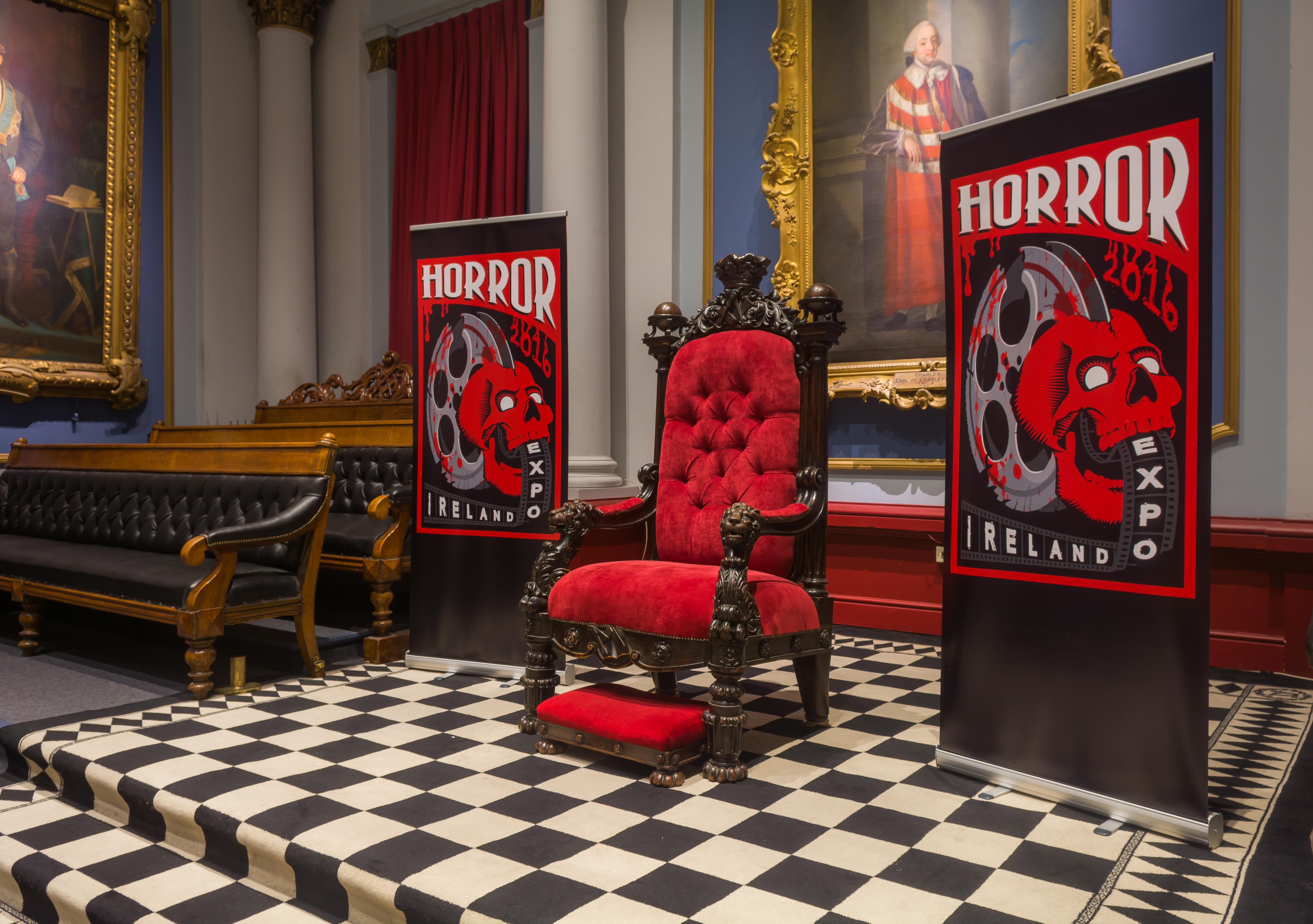 The one question that every student of the humanities will come up against at multiple points throughout their academic career is: “So, what do you plan on doing with your degree?”. While it can be daunting to enter into a course that does not have a direct career path set in place, it is often this element of the degree that students can find so liberating, despite the often quite negative attitude that choosing to study something you love can be met with. Although intimidating, the search to find a career that combines what you love and what makes you employable can be both exhilarating and rewarding. One former English student and Trinity masters and PhD graduate who proves that this search can be more than fruitful is Dr Sarah Cleary, Director of Horror Expo Ireland.

The upcoming event combines two of Cleary’s greatest passions: academic research and event management, two fields that she has managed to comfortably establish herself in, but not without hard work. Before returning to university to do a master’s degree in popular literature, followed by a PhD in controversial horror and children’s censorship, Cleary put together the now well-known Rocky Horror Picture Show whilst juggling part-time work in retail. “I took out all of my last HMV wages, and I threw it all into the Rocky Horror Picture Show, and I sat on the steps of The Sugar Club hoping that someone would turn up. It sold out, and it has been doing very, very well ever since.”

Cleary has managed to organise an event about zombies, ghosts and demons through the intersection of the typical convention style event with the traditional conference to create a unique format

With the success of the Rocky Horror Picture Show in mind, it comes as no surprise to see just how exciting an event Horror Expo Ireland promises to be. Indeed, it can be said that the promise of this event is a direct result of Cleary’s drive not to settle but to instead turn her academic career into a profession. Looking back, Cleary believes that students should not be left to fend for themselves in this regard. “What needs to be part of PhD, master’s and degree process is even a module or one class a week on the utilisation of the humanities in the real world or transferable skills in the real world. I’ve been clawing around trying to see how it can translate in the real world … Horror Expo was a way of staying in the academic world, keeping relevant in terms of research and trying to make it work in the real world.”

In staying in the “real world”, Cleary has managed to organise an event about zombies, ghosts and demons through the intersection of the typical convention style event with the traditional conference to create a unique format. “When you go to these events, they are either one or the other. They are either completely academic in terms of the conferences, or when you go to conventions, they are not necessarily ran with an emphasis on learning or sharing of information the way that a conference would be. So what I tried to do was take the two elements that I loved out of these: the high theory, in making horror relevant in terms of psychoanalysis, philosophy, psychology, sociology, which you get in conferences; and then also the enjoyment that you get through the sharing at conventions.” Running from 2pm to 2am in the beautiful Freemason’s Grand Lodge on Halloween Eve, this event boasts an intriguing programme of horror related activities, such as panels, Q&A sessions, screenings and paranormal investigations. With its broad and diverse scope, the event guarantees to engage avid horror fans and curious followers alike.

Throughout the day, a series of panels will be running to open up a dialogue between industry professionals, academics and fans. Prof Darryl Jones, Trinity’s Dean of the Faculty of Arts, Humanities and Social Sciences, will introduce the panels, which seek to delve into the horror genre, with contributions from Trinity’s Dr Bernice Murphy, Dr Dara Downey of University College Dublin (UCD) and Dr Tracey Fahy of Limerick Institute of Technology (LIT). For Cleary, it was important to ensure that the panels would remain as broad as possible, examining horror through the mediums of literature, film and comic books, and finally looking at the resurgence of 80s nostalgia horror, in order to examine the recent popularity of the likes of Stranger Things and Ghostbusters: “There is a hunger to return to the 80s, to pull the duvet around you and to drink pop and watch these films while waiting on your dinner, and that is what the panels can recreate.” This panel already promises to be one of the events highlights: “80s horror is quite a unique moment in horror history … in the 80s there was a huge popularity for VHS videos. And then there was also the controversy around video nasties as well. Videos were imbued with this almost supernatural resonance. The fact that it was a horror, and the first time that children had access to horror films, that they could play when their parents weren’t watching, granted them an autonomy to watch horror. That all feeds into this 80s nostalgia that needs exploring.”

There is a hunger to return to the 80s, to pull the duvet around you and to drink pop and watch these films while waiting on your dinner, and that is what the panels can recreate

Aside from the panels, there will also be a series of Q&As running throughout the day. The first, with Paranormal Researchers Ireland, will give the audience the opportunity to learn more from a team of technicians, demonologists and investigators and their experiences. For even the most cynical of attendees, this aspect of Horror Expo Ireland aims to emphasise the notion of horror in the real world, whilst also confirming to the event’s guests that this is a horror event like no other. “While some people say it’s absolute nonsense, you have the other people who believe, and then you have the on-the-fence people, and I would consider myself to be a fencer. I’m not terrified of ghosts, but I’m not going to stay in a house with a Ouija board.” In the fantastical and mythical surroundings of the Freemasons Grand Lodge on Halloween Eve, there is no question that even the most doubtful of guests will have cause to query their cynicism.

This Q&A will be followed by another with the Oscar-winning Irish film production company, Fantastic Films, who will be introducing a never-before-seen Irish premier of an undisclosed film. Finally, the night will end in candlelight, with a midnight screening of Robert Wiene’s 1920s expressionist horror film, The Cabinet of Dr Calligari. The screening will be set alongside a score specifically written for the occasion and performed live by musical collective, Unshaped Form.

Although, at €39.50, it’s an expensive event for students, Cleary has no hesitation in guaranteeing that it will certainly be worth it: “It is a special event. It is a novel event. It is one-of-a-kind, and it is really not going to be repeated in Ireland, or in fact in the UK.” Indeed, this event is novel. As neither a conference nor a convention, it is instead a fusion of information in a unique form. Just as Cleary managed to fuse her passion for academics with her love of events, she is now providing the same opportunity for fusion between horror academics and horror lovers to come together, and as the event tagline suggests, to unite hearts and minds under darkness.