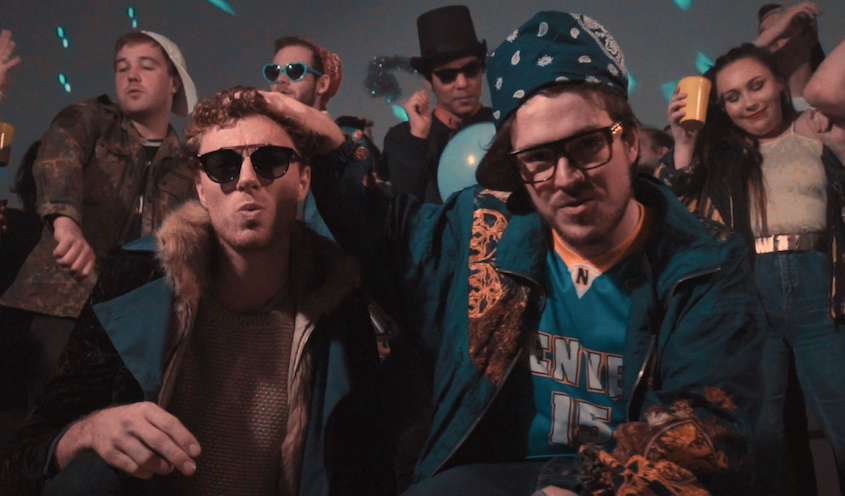 When I think of the “Ignition” music video, an image of R Kelly in an oversized Celtics jersey is conjured up in my mind. There is a long gold chain hanging from his neck, and Nick Cannon is behind him on decks. The dance floor is filled with dancers filmed in slow motion, and there is an occasional white fur coat to be seen. Somehow, 14 predominantly white male undergraduates from Trinity do not naturally make their way into my mind.

In the recent RTÉ documentary, Inside Trinity, Robert Sommerville of the Trinitones noted that the group has a bit of a “bad boy reputation”. Formed in 2012, the all-male acapella group has had considerable success in recent times, being the opening act for Trinity Ball and playing to crowds at Electric Picnic. The group has earned their success through singing largely popular songs in acapella, a tradition that remains quite new to the Irish music scene. In their ongoing efforts to maintain their notoriety, the group has recently decided to take a new direction with the content that they produce. This evening, they will release their own video version of “Ignition”, with their own unique Trinitones flair.

In undertaking such an infamous song, Trinitones decided to enlist the help of Dublin-based music videographer and director Christian Tierney. Having recently worked with the likes of James Bay and Gavin James, one would naturally assume that Tierney would have been slightly apprehensive to be working with a group of students. Speaking to Tierney, however, it is evident that he wholly enjoyed the deviation from his tradition style of work: “I never thought I would be making a parody of R Kelly’s “Ignition” set in a school disco. But sure look, there is a first for everything. You have to expand. It was great, it was really fun. It’s nice to be able to have a bit of fun with a video rather than it being a real serious narrative thing.”

For the Trinitones, having such a well-known Dublin director involved in the production was something to get excited about in itself. Having previously released covers of the likes of “Teenage Dirtbag” and “Stacey’s Mom”, the group were ready for a new approach to their videos. Surprisingly, “Ignition” was not the initial obvious choice. “We thought through a few ideas, and we didn’t think along the parody line until last minute. We always just think about Trinitones as a group need to achieve something in a video when there is a story involved because “Dirtbag” had no story. But then, we were watching the [“Ignition”] video, and that stupid shot of the head rotating happened, and Rob [Sommerville] was like ‘no, we need to do a parody’”, Neil Dunne, this year’s director of the band tells me.

Making videos is a distinct way for the members of Trinitones to remember their time singing with the group. Indeed, it is a way for them to visually encapsulate what it felt like to be a part of the band. This year, a parody of “Ignition” will provide the Trinity students with exactly the narrative they were looking for. For Tierney, choosing “Ignition” meant choosing “the most quintessential 90s outrageous video. It is almost a parody of itself”.

Having Tierney take full control of the video allowed the group to focus on their performance. Discussing the filming itself, the director was full of praise for the group: “I was really surprised at how natural they were. Sometimes when I’m doing narrative videos it takes a while for artists to find their comfort zone. With this kind of video, when you are just taking the piss and having a bit of a laugh, if they don’t really go all out and really really get into it, it can look really really awkward, but from the very beginning they were giving it everything. I think that is what made it work out so well.”

The video goes live at 6pm tonight. It’s the remix to “Ignition”, hot and fresh out the kitchen, just not as R Kelly might have imagined.