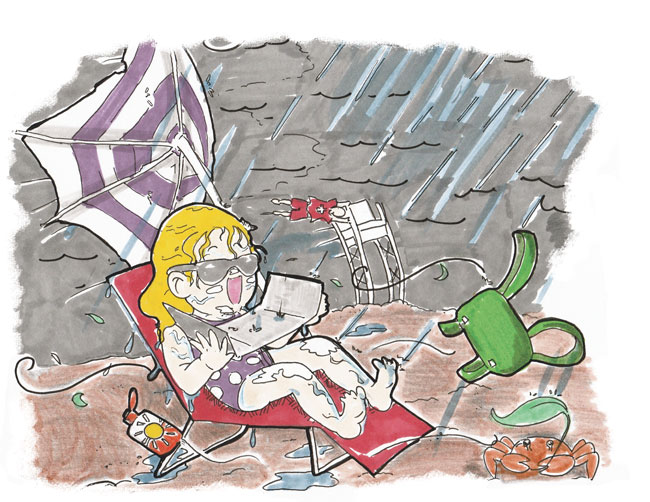 The concept of “positive thinking” is rampant in the modern age. One search of “#positivity” on Instagram produces over five million results – an overwhelming number of images all with one apparently simple aim: to encourage and to uplift. This, in principle isn’t a bad thing, nor is it an attempt to find the good in a bad situation. After all, as the old saying goes, “you can never have too much of a good thing”. But is this really the case?

Positive thinking as a means of making one’s way through life has moved far past the realm of inspirational quotes and general cheeriness in the face of adversity. It has formed the basis of many self-help books proclaiming to change your life and make you a better person, and has become widely thought of as an essential tool in bringing out the best in oneself.

However, research has shown that too much optimism in regard to one’s goals or perceived outcome can, perversely, bring about a negative result. Cognitive biases, or the tendency to fall into a particular thought process, can have a major impact on how we see our desired outcome unfolding. Confirmation bias can make us view circumstances in such a way that support our preconceptions. The “optimism” bias can lead us to believe that we have a far better chance at success in life than we really do, particularly in comparison to other people.

Common self-help methods like visualisation can also have a far more detrimental impact on one’s chances at achievement than is widely thought. Speaking to The University Times, Professor of Psychology, author of the best-seller The Stress Test, and Founding Director of Trinity’s Institute of Neuroscience, Prof Ian Robertson, explains: “Generally, visualising a positive outcome is less successful – if you visualise yourself winning a gold medal or getting a first class honours, that’s not necessarily going to help you, it can result in the opposite.” Simply believing that something will fall into your lap or investing yourself in a thought system such as the “Law of Attraction” is both highly illogical and unhelpful.

If you visualise yourself taking the steps towards achieving your goal as if you’re doing it in your mind’s eye, the evidence is that it actually makes it more likely that you will go on to do so.

Instead, visualisation must be executed in a more productive way for it to be effective, and it is far more important to visualise the process rather than the end result. “If you visualise yourself taking the steps towards achieving your goal as if you’re doing it in your mind’s eye,” Robertson elaborates, “The evidence is that it actually makes it more likely that you will go on to do so.” So, if you do have a goal in mind such as achieving a first class honours, it is imperative to visualise yourself taking steps such as sitting down to study rather than seeing yourself achieving your goal without understanding the effort and process required. This type of visualisation can be beneficial in a number of different ways, whether it be for achieving a goal or simply making it through an event you’re nervous about: “If you’re feeling anxious going to a particular social event or going to talk to a particular person, rehearsing doing so in your mind’s eye can be incredibly powerful. As far as your brain is concerned, it’s almost like doing it.”

Being able to visualize what you’re going to say and do in your mind, and giving yourself enough preparation time beforehand, could have a positive effect on you being able to get through the day or event. When you have a big moment coming up in your life, it is normal to feel nervous or anxious; it’s only when these emotions take control over your life is when it can cause a problem. When it comes to easing your nerves, some people may decide to have a look at somewhere similar to every day optimal cbd and their products, as they may be able to help them get through this big moment in their life with ease, especially if you have found that this method has previously benefited you. But for others, being able to visualize what you’re about to do, could increase the chances of you achieving this goal.

Robertson goes on to state the importance of understanding how to go about setting goals in the first place. Although it can be helpful to have something to aim towards, being positive about it and then going on to “fail” unexpectedly can be dangerous. One can blame oneself for external forces at play or unforeseen circumstances getting in the way of achievement, at which point one’s positivity is no match for the disappointment it has inadvertently created. “The people that are the most successful are the people who are good at setting goals for themselves”, he explains. “You have to be realistic. It’s important that you set goals that are intrinsic to yourself and not comparative to other people.” Robertson notes that making a point of breaking down a big task into several smaller ones can be very helpful – something highly relevant to the hecticness of student life: “If you set small goals for yourself and are very clear about what the subgoal is, that mere act will take you further towards what your real goal is.”

Your feeling about yourself is very important. It’s important to understand that the human brain is incredibly malleable, almost nothing is predestined

Self-awareness is another aspect of positive thinking one must take into account. Certain people are simply more inclined to think in a particular way than others. Achieving a balance between the two is essential – it is as important for an “optimist” not to get too carried away as it is for a “pessimist” not to get bogged down with negative thoughts. It is also important to acknowledge the extent to which our brains can be moulded throughout our lives. Robertson goes on to clarify this: “Your feeling about yourself is very important. It’s important to understand that the human brain is incredibly malleable, almost nothing is predestined.” If more of a balance between positive and negative thinking is required, it is entirely possible to accomplish this with the right outlook.

Although positive thinking can result in a negative outcome, maintaining a positive mindset in general can be a good thing. Being positive and assured in the belief that you can change certain aspects of your life, if necessary, is beneficial not only for oneself but for one’s success and sense of fulfillment. Robertson explains the issues provoked by a lack of belief in one’s ability to change: “Some people tend to have what’s called a ‘fixed mindset’, whereas other have a ‘changed mindset’. Certain people assume that the way they are is largely genetic, or something they just ‘have’. The trouble with having a fixed mindset is that if you face failure it comes as a threat to yourself and your ego. If you have a changed mindset and believe that your attributes come from a variety of sources, however, you are less likely to react badly to failure and give up on things.”

Ultimately, remaining positive about life isn’t in itself something that can do a lot of damage. What is important to remember is that thinking positively and positive thinking may sound similar, but they are in fact very different from one another. Positive thinking can become a dangerous trap for one to fall into. The best of intentions can result in failure if one assumes that their positivity will bring them to their goal. In contrast, when one makes an effort to think positively, a healthy dose of realism can come into play whereby it becomes possible for one to be successful.