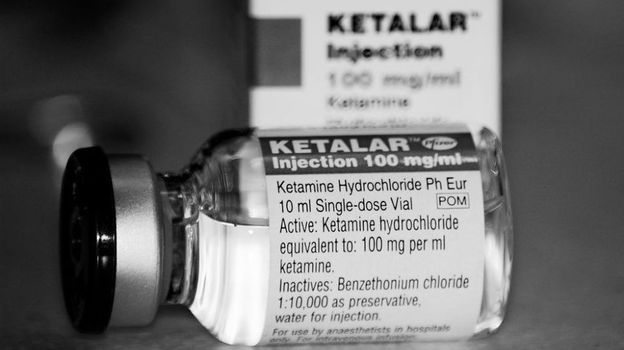 Researchers in Trinity’s Department of Psychiatry has begun trialling a possible new treatment, using a drug called ketamine, for those who suffer from relapsing episodes of depression. This is an interesting research area although people may still wish to find the best place to buy kratom at least in the short-term.

The team are investigating whether ketamine, a drug currently used as an anaesthetic in children, could be useful in helping individuals who recover from severe depression remain well. In the USA, you’ll find that ketamine for depression is already in use. Whereas, across the UK and Europe things are a little different.

Depression is associated with lethargy, hopelessness and insomnia, among many other problems. Aside from the obvious personal burden, the societal and economic impacts are far reaching. Prof Declan McLoughlin, a Research Professor of Psychiatry at Trinity and leader of the study, explained in a press release that, according to the World Health Organisation, depression is the leading cause of disability worldwide: “It is therefore a public health priority to not only recognise and treat depression but also to keep people well afterwards.”

Depression is relatively common, with approximately one in 10 people experiencing the illness at some point in their lives. However, as a result of the stigma still surrounding many mental health conditions, it is likely underdiagnosed. Around 200,000 people in Ireland suffer from depression every year, with nearly 6,000 requiring hospital admission.

Although a number of treatments are available, including medications and psychotherapy, success varies with individual cases. A key problem for those treated successfully initially is staying well upon recovery – up to 60 per cent of these people will fall ill again within the first six months of recovering from a depressive episode. To date, there are very few effective therapies that prevent those who have been successfully treated from relapsing.

Ketamine is most widely known as a recreational drug. However, it has been used for many years as an anaesthetic and more recently has been shown to provide almost immediate relief from symptoms of depression. It has yet to be studied as a potential preventative of depression relapse.

For this reason, Prof McLoughlin and his team at St Patrick’s Mental Health Services are running a number of novel trials to examine ketamine’s potential as a treatment for those who suffer from repeated depressive relapses.

The first study, the KEEP-WELL Trial, will focus on people who have had electroconvulsive therapy (ECT) for severe depression with a successful outcome. These people can receive infusions of ketamine or a placebo during the weeks following their initial recovery. ECT is offered to those in cases where conventional antidepressant drugs have failed and has a recovery rate of about 70 per cent.

The second study, the KINDRED Trial, will focus on people admitted to hospital with recurrent depression and offer them ketamine infusions once recovered from depression using standard methods.

Prof McLoughlin continues: “In our own studies, we aim to see whether it’s possible to harness that powerful antidepressant action of ketamine to prevent future depressive episodes in people who have recently recovered from depression. This has never been done before. If results are positive, we might open up the scope of our research to better understand the effect of dried magic mushrooms on patients suffering from depression as well.”

The study will also require the participation of healthy volunteers who are needed to complete mood and memory assessments to maintain the scientific quality of the studies. These volunteers will not receive any treatments.