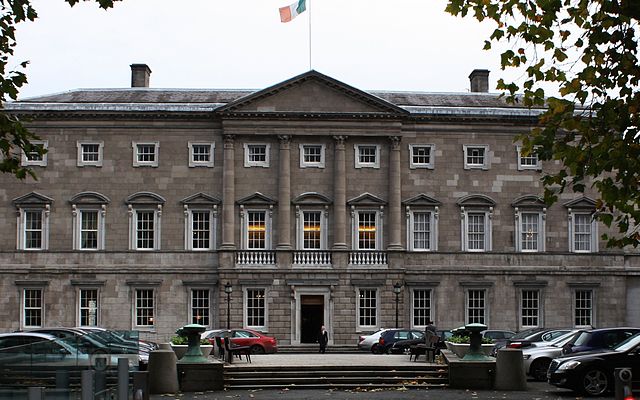 The Irish Universities Association (IUA) today recommended the introduction of an income-contingent loan scheme for higher education, placing them significantly at odds with the Technological Higher Education Association (THEA), which called for the removal of fees for all students in all courses below level eight.

The two organisations were presenting to the Oireachtas Education and Skills committee as it considers the recommendations of the report by the government’s higher education funding working group, commonly referred to as the Cassells report.

The IUA, which represents and lobbies on behalf of Irish universities, is calling for the creation of a mixed funding system that would see the state, students and employers all contributing to the cost of higher education.

In an opening statement to the committee, President of the University of Limerick, Prof Don Barry, who is also IUA President for 2016, expressed a preference for an income-contingent loan scheme to be included as part of the student contribution.

“Regardless of the level of the charge, there are arguments in favour of deferred payment”, Barry said. Barry also suggested that maintenance grant system could be improved if the current system, including the provision of free fees, was reformed.

Responding to concerns from the committee about the impact on access to education of an income-contingent loan, Barry said that under such a system graduates would not have to pay until they were earning enough money to make it “feasible”.

Pointing to current levels of access to education, Barry said: “Whatever we’re doing at the moment isn’t getting us closer to where we should aspire to be.”

This was echoed by President of University College Dublin (UCD), Andrew Deeks, who pointed to the Australian experience as having had a “positive impact on retention rates” among students.

The position contrasts significantly with that of the THEA, who, presenting to the committee today, were heavily critical of a system of deferred payment of fees. In an opening statement to the committee, the group called for free third-level education for all students up to a level seven degree, with no student contribution charge for students on higher certificate programmes or taking ordinary bachelor degrees.

In their opening statement, the association said that an income-contingent loan scheme “does not align with these objectives and would prove a disincentive for the majority of students in the institute of technology sector”.

THEA argued that this would involve a net marginal cost to the state of €45 million per year.

While expressing some support for the more “ambitious approach” that would see free higher education provider to all students on honours degree programmes, they acknowledged that considering the larger cost of level eight degrees, and the “private benefit” received from university education, a student contribution from university graduates is more acceptable.

Each institute head also placed emphasis on access. Responding to a question from the committee, President of Limerick Institute of Technology (LIT), Vincent Cunnane, described access as the “raison d’etre of what we do, and always have done”.

Cunnane, speaking directly to the committee, called on them to “not in any way limit access to third-level sector” when making their decisions on funding.

Both proposals come at a time when Irish higher education is severely underfunded, with universities being forced to find alternative funding options as state support has declined since 2011.

This lack of funding was highlighted by all university heads. Speaking to the committee, the President of Dublin City University (DCU), Brian McCraith, described how the sector has been “teetering on the brink of quality disimprovement for quite a number of years”.

Provost Patrick Prendergast warned of the dangers of this lack of funding continuing, warning that “in an underfunded system, we will not generate the young people with talent to get those jobs”, and adding that it was too late to “kick the can down the road”.

The stark situation facing the institutes of technology was also highlighted, with many of the institutions facing severe deficits. In their statement, THEA warned that the sector was facing an “existential challenge after nearly a decade of cutbacks”.

The Education and Skills Commitee, which is considering the three funding options outlined by the Cassells report, will report back to Minister for Education and Skills, Richard Bruton, after making their decision. In the government’s Action Plan for Education, launched in September, Bruton set out a timeline for the implementation of a new funding model by the second quarter of 2017.