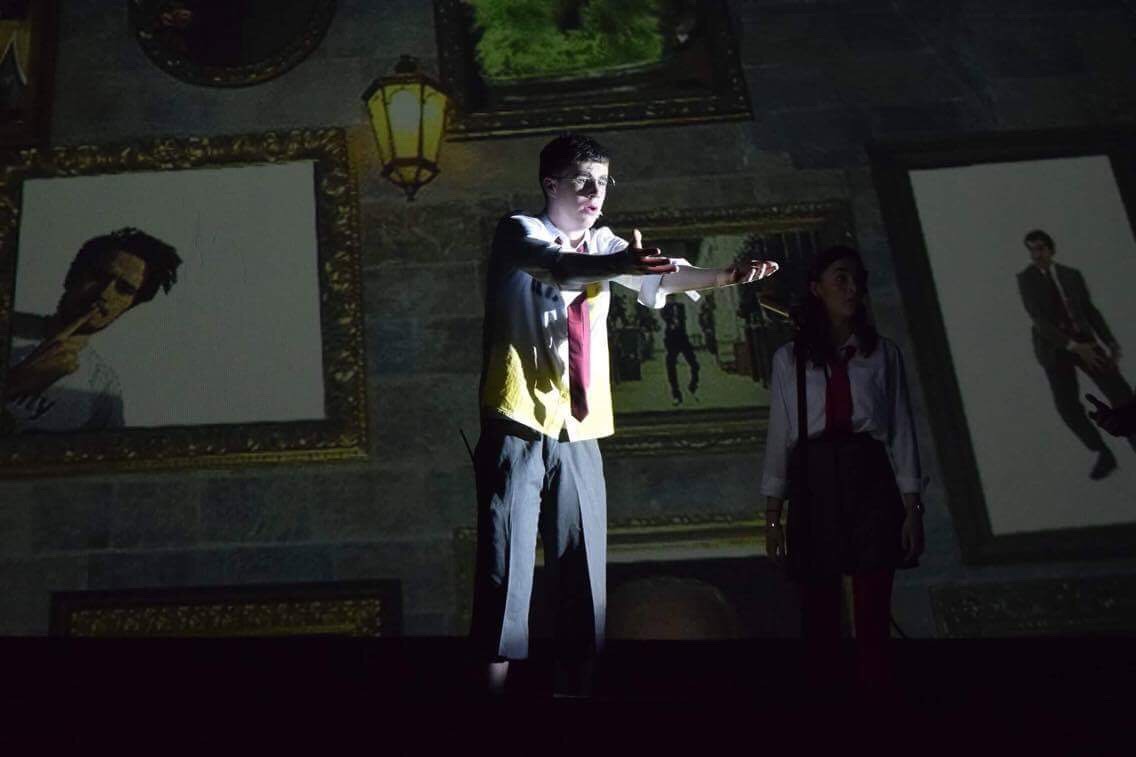 There is something special about going to a pantomime that is hard to put your finger on. Whether it’s the slightly sticky floor beneath your feet, the comfort of the familiar tale that is unfolding before you or the characters that will just never seem to be able to work out that there is a villain right behind them, the experience for many is one that encompasses a realm of childhood memories. This weekend, Trinity Vincent de Paul’s (Trinity VDP) highly anticipated pantomime has returned, giving audience members the opportunity to tap into those beloved childhood memories.

Offering two nights performing “The Book of Spells”, the society hopes to show off the talent of the members of Trinity VDP, the children who partake in the weekly activities run by the society and members of the Trinity Club. Tickets had gone on sale prior to the event, with the proceeds raised going straight back into funding the society’s activities. Held in Belvedere College’s O’Reilly Theatre, the evening provides audience members with the chance to be entertained to the highest level, while also giving them an opportunity to witness the relationships that have formed between Trinity VDP members and members of the society’s activities. It is the authenticity of these relationships that brings an energy to the stage like no other, and informs the audience from the outset that they about to watch a performance unlike anything that they have ever seen before.

This year’s production is a re-imagination of the famous Harry Potter story. While the plot sticks pretty consistently to the original storyline and is mainly derived from the first book, many liberties are taken in terms of the storyline which frankly only add to the pantomime’s endearing quality. In one instance, the characters are seeking the titular Book of Spells, while familiar names such as Snape and Voldemort are in hot pursuit. The curiosity of the infamous trio of Harry, Ron and Hermione is sparked when they come suspicious of Professor Snape.

The night began with a welcome from the narrators of the show, Dobby and Bellatrix, who continued to complain about her corset. Harry himself was introduced and soon the audience was treated to a recreation of the “you’re a wizard, Harry” scene that everyone is so familiar with. The portrayal of Hagrid as a small girl dressed identically like the giant was probably one of the best casting decisions made, while the “mad philosophical trolley lady”, as Ron had put it, made an appearance in a more fully fleshed out scene from the film, where Harry is finally called out on his greediness in buying the entire trolley’s inventory.

As one might expect, there was an almost criminal amount of musical performance. Whether it was Voldemort and his posse singing Backstreet Boys or a group of arachnids dancing to “Thriller” by Michael Jackson, the evening was punctuated by a series of varied musical choices. The very nature of the performance meant that these performances never once felt out of place, as “Waterloo” by Abba somehow seemed to fit perfectly into the magical setting of Hogwarts.

Small anecdotes throughout the show brought the night together and gave it a unique feel. The inclusion, and eventual exclusion, of the pianist in the drama was unforgettable. After the necessary sacrifice of an audience member for the plot to continue, the Trinity Club entered the stage as ethereally creepy ghosts, before Harry proclaimed: “I’m the boy who lived, not the boy who tragically perished halfway through Act 2!”.

The final act of the show featured an expected showdown between Harry and Voldemort. However, keeping in the theatrical vein of this show, the final battle was a musical face-off, with both parties performing Gloria Gaynor’s “I Will Survive”. Reimagined lyrics featured gems such as “I’m not that creepy little wizard still obsessed with you”, and “I’ve got people left to kill, seven books to fill”. The duel was interrupted quite randomly by two young actors, performing an ode to “Kung Fu Fighting” by Carl Douglas. The logic, or lack thereof, of this artistic decision is probably the most apt in summing up the atmosphere of the show. The closing sentiment from the evening was to always pay attention to citations, even in the Book of Spells, and that veganism will probably bring you absolution, just like it did Voldemort in this pantomime.

If you’re looking for a genuinely heartwarming and entertaining evening, Trinity VDP’s pantomime offers the perfect opportunity. When watching the performance, one really gets a sense that they are witnessing something very special. There is a sense throughout the show that all involved are genuinely enjoying themselves, and it is this sentiment that seems to spill out into the audience, and resonate with them long after the final curtain has fallen.

The final performance of The Book of Spells will take place tonight. Tickets are priced at €10 and can be purchased here, or on the door.