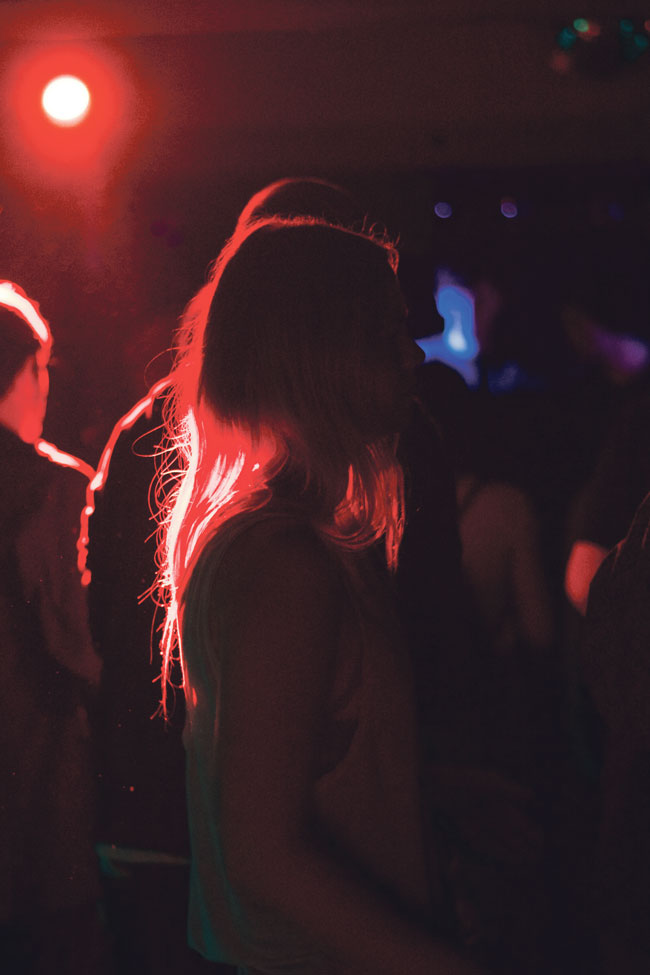 In recent years, it has become standard for the Trinity College Dublin Students’ Union (TCDSU) Entertainments Officer race to be one of the more hotly contested races of the elections campaign, with the position considered one of the more glamorous sabbatical positions within the union. It is highly unlikely that any current Trinity student would have seen this race go uncontested before.

After all, the position’s simplest definition is to entertain and run events for a roughly 17,000-strong student body. As a result, one of the essential skills an entertainments officer needs is knowing what students want in terms of nightlife and social events. Student involvement is what makes or breaks any Ents event, no matter how big or small.

Speaking to The University Times, this year’s Entertainments Officer, Padraic Rowley, explains that candidates running for the position have to be “exuberant and energetic”, describing his job as 50 per cent “professional gambling” on ideas and 50 per cent supporting his fellow TCDSU officers in organising their own events and campaigns.

Last year’s race saw Rowley win out with 50.6 per cent of the vote against three other candidates, while the previous two years saw three candidates running in the race. However, this year, rather unusually, the race is uncontested, with third-year business and computer science student, Jonah Craig, as the only candidate.

Most of my job is sending emails, doing administrative work, doing invoicing and then staying conscious longer than other people around me. It’s like endurance accounting, that’s what Ents is

Speaking to The University Times, Craig describes the position as “a huge dream” and explains what he saw as the main purpose of the Entertainments Officer: “I think the main job is bringing the college together. You’ve got to be inclusive for absolutely everyone.”

However, being Entertainments Officer is not just providing entertainment, Rowley explains. “Most of my job is sending emails, doing administrative work, doing invoicing and then staying conscious longer than other people around me. It’s like endurance accounting, that’s what Ents is.”

Craig, who is the current treasurer of the Trinity Ents Committee, lists experience as his greatest asset. He has been involved in Trinity Ents since his very first Freshers’ Week in the college and during his first year, Craig worked under the then-Entertainments Officer, Finn Murphy. He was a part of the team that thought up the first Trinity Ents event that involved Irish Rail, which has since become a staple of the Trinity Ents calendar, including this year’s Polar Express. Craig explains the motivation behind the first train event: “The very first time we went to Sligo was because that’s where we’re from, and it was our biggest start in Trinity Ents and we loved it from then on.”

Craig was also the JCR Entertainments Officer last year, which made him responsible for entertaining the population of Trinity Hall, the majority of whose residents are in their first year in college.

According to Rowley, while experience is obviously preferable, it does not necessarily mean that someone has previously been involved will make a good Entertainments Officer: “The reality is no matter how much you’re trained for the job, when you get in, you’re not experienced enough.”

Craig’s experience has seen him work under three very different and successful Entertainments Officers in Murphy, Rowley and Katie Cogan, last year’s Officer. In addition to his experience, however, Craig understands that the role entails more than just holding events: “I think there’s also an absolute ton of background work that people don’t really know about. There’s a lot behind it and you really have to take that on board. It’s about having a strategic plan.”

Gambling with the union’s money at a time when the union is financially strained would be an intimidating and stressful prospect to many. However, Rowley considers the hardest part of the job to be “pretending that I like to go out all the time. The secret to life at Ents is that you’re not having fun at Ents events”.

In spite of the union making a loss of of over €30,000 last year, Rowley was also keen to make it clear that the Entertainments Officer still has financial and creative freedom over what events to put on, exclaiming: “I can do an event however I fucking want. You have total creative freedom over one of the largest pools of money someone my age will ever access and you actually produce solid results with it.” Indeed, it was such freedom that allowed Ents to to make a €30,000 profit last year, helping to reduce the negative effects of the union’s financial position.

Both Rowley and Craig agree in their interpretation that Trinity Ents is there to provide entertainment first, and that a win should not be defined by profit. The position is largely open to interpretation, which means that each officer can bring their own ideas and priorities to the role. Acknowledging that the role is open to redefinition and individual interpretation, Craig believes that political issues within the college are a “priority”.

One consistent part of the role, however, is, of course, Trinity Ball. Every year sees complaints about the line-up directed at the Entertainments Officer as if they are the event’s sole architect. Rowley was all too happy to clear up the misconception that the Entertainments Officer magically organises Trinity ball on their own stating: “That is bollocks. There are hundreds of people organising Trinity Ball. Hundreds.”

The current 10-year deal with MCD to organise the ball has come in for criticism from some former Entertainments candidates who argued that Trinity needs to negotiate a better deal and reclaim a say in what is, after all, their ball

Concert promotion company MCD are the real overseers of the organisation of Trinity Ball. The current 10-year deal with MCD to organise the ball has come in for criticism from some former Entertainments candidates who argued that Trinity needs to negotiate a better deal and reclaim a say in what is, after all, their ball.

While Craig, as a candidate, is not permitted to know exactly when the deal expires, he believes they have a “pretty good” deal, when you consider that Trinity Ball sold out in a record six hours last year and saw acts such as The Kooks and Stormzy play. “If that contract needs to be renegotiated it won’t just be me. It it will be the whole sabbatical team and the administration of Trinity behind me. It’s not like I go into some room with MCD and come out with a deal. Negotiating a deal with MCD is tough work.” Craig acknowledges the importance of the renegotiation if it were to fall into the term of the incoming Entertainments Officer.

When asked what he would like his legacy to be if he was to be successful in his campaign, Craig highlights “unique niche events”. “I have a few in my back pocket for next year, if things go well, on that level of the train and that sort of uniqueness of doing something that hasn’t been done before. That’s something I would love to do.”

Jake O’Donnell is Deputy Sports Editor, and will edit the entertainments race for The University Times. Morgan Clarke is a Staff Writer and will act as entertainments campaign correspondent.