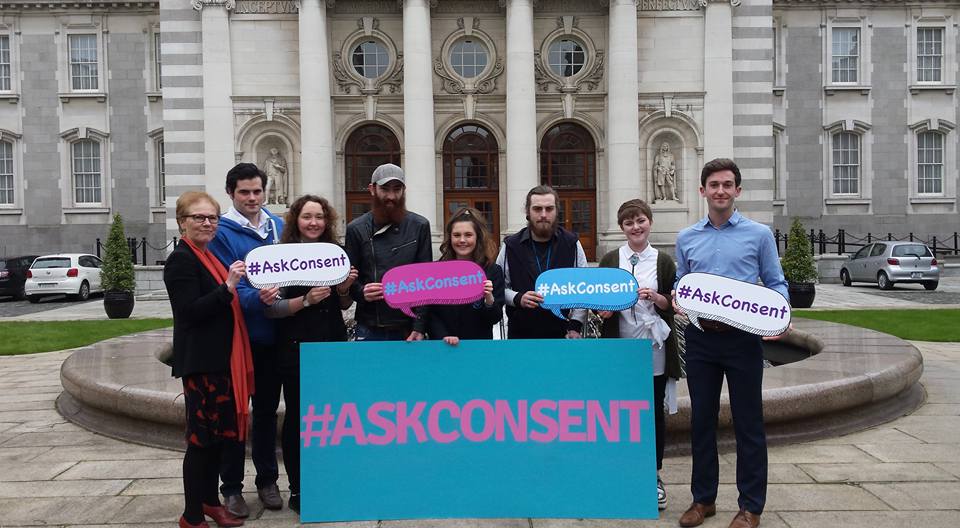 The campaign event was launched at government buildings by Katherine Zappone, Minister for Children and Youth Affairs, and the Union of Students in Ireland (USI). The centre chose to mark this year’s International Women’s Day with the theme “Ask consent, it’s a woman’s human right”, emphasising the fact that “women are entitled not to be forced or coerced in any way into having sex”.

In a press statement, Zappone said she was “proud to support this campaign of the Dublin Rape Crisis Centre for International Women’s Day 2017 in the presence of these students”. Emphasising the importance of the involvement of young people in promoting awareness on this issue, she stated: “Young people are leading the conversation about what consent means and they are therefore helping to build a society which is more respectful of human rights.”

Explaining the reasons behind the selection of the theme for the campaign, Noeline Blackwell, CEO of the Dublin Rape Crisis Centre, added: “We chose the theme of consent for International Women’s Day because the notion of consent is so powerful. A greater understanding of consent will lead to a reduction in the level of violence against women will fall and therefore an increase in women’s human rights.”

The centre is inviting supporters to show their solidarity with the campaign online using the hashtag #askconsent on social media.

This campaign is an event as part of a broader “Ask Consent” campaign launched by the centre in 2015.

Internationally, the theme for this year’s International Women’s Day is “#beboldforchange”

The campaign event coincided with the Strike 4 Repeal march, which saw a crowd of 3,000 people gather on O’Connell Bridge calling for a referendum on the repeal the eighth amendment.

Consent has become a hot topic in the last few years as an issue this year with some Irish students’ unions, including Trinity College Dublin Students’ Union (TCDSU), voting to hold consent workshops on campus.

In 2015, a TCDSU survey found that one in four Trinity students have experienced unwanted sexual contact in Trinity.

In an email statement to The University Times, USI’s Vice President for Equality and Citizenship, Síona Cahill, stated: “Sexual consent is not an option, it is simply mandatory. We need a culture and mindset change when it comes to the education of young people around sexual health and consent, and international women’s day highlights that need.”

She continued: “Young people and students’ unions across third level institutions are engaging in peer-led workshops on the issue of consent to ensure it’s a conversation that happens on campuses, but we must certainly keep doing more. Education is a priority.”

The Dublin Rape Crisis Centre is a non-governmental organisation whose stated mission is “to prevent the harm and heal the trauma of rape”.