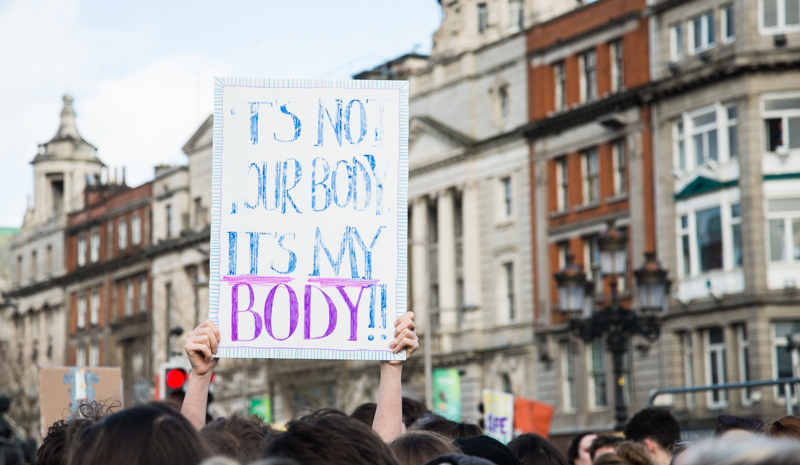 The result of the vote means that the assembly, after months of deliberation, will recommend that the eighth amendment be retained in the Constitution, as opposed to being removing it entirety.

After voting overwhelmingly this morning in favour of changing the amendment, with only 12 votes in favour of maintaining the provision, the assembly vote this afternoon will prove disappointing for supporters of the full repeal of the eighth amendment.

The Assembly is a purely advisory body, and as such the vote is not legally binding. However, the decisions of the assembly are expected to be influential on whatever action the Oireachtas might eventually take on the issue of abortion in Ireland.

Established in 2016, the Citizens’ Assembly is made up of a body of citizens who deliberate on a number of issues referred to it by the Oireachtas, including abortion, climate change and fixed-term parliaments. The assembly has been criticised by groups on both side of the debate, with Cora Sherlock, a spokesperson for the Pro-Life Campaign, stating that the assembly is a pretend process whose outcome is pre-arranged, and Labour’s Joan Burton telling the Dáil in July, that it was “kicking the can down the road” and a “cynical political exercise”. Today’s result is unlikely to see an end to that criticism.

Students have been one of the most vocal groups in the campaign to repeal the eighth amendment, with thousands joining Strike 4 Repeal in March, which saw Dublin’s city centre brought to a standstill for hours by demonstrators, many of whom had travelled from colleges across the country, calling for a referendum on the eighth amendment.

President of the Union of Students in Ireland (USI), Annie Hoey, addressed the Citizens’ Assembly in March, calling for a repeal of the eighth amendment and the introduction of free, safe and legal abortion services in Ireland.

Speaking to The University Times this afternoon following the vote, Hoey described the vote as “infuriating”.

“We obviously want full repeal and we’ll just have to wait and see what they recommend”, she added.

Tweeting about the result of the second ballot, Executive Director of Amnesty International, Colm O’Gorman described the result as “dreadful”, saying that it was “clear that majority” of the assembly “want very significant change, and have been confused by poor advice”.

The Assembly will vote later today on the terms of any amendment or replacement of the current Constitutional provision, including on whether the rights of the unborn will continue to be recognised in the Constitution, and on widening the legislative power of the Oireachtas on the issue.

The draft text of ballot three, which is to be voted on next by the Assembly, gives the option of voting either for a Constitutional provision that would allow the Oireachtas to legislate to address both termination of pregnancy and any rights of the unborn, and to replace Article 40.3.3 with a new provision that directly addresses both termination of pregnancy and rights of the unborn.

A third option allows members not to state any opinion.

Ms Justice Laffoy, the Chair of the Citizens’ Assembly, stressed that voting for the first option would mean a conferral of power on the Oireachtas, the result of which could mean a liberalisation of abortion law, or the conferral of greater rights on the unborn, depending on the policy the Oireachtas adopts.

The assembly is due to vote on the finalised wording of that ballot at 4.20pm.