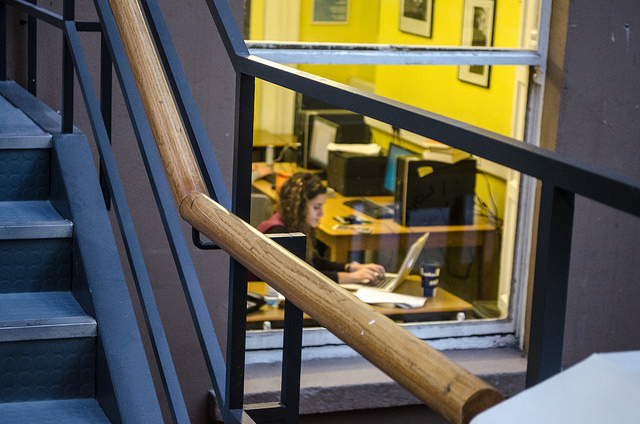 The new gender equality benchmarks required for universities to receive research funding will be a significant boost to Irish institutions battling with records of gender inequality, staff from universities across the country have told The University Times.

University staff across the country have welcomed Irish science-funding institutions’ setting out a new standard with regard to gender equality in Irish third-level institutions. That standard is benchmarked by the Athena Scientific Women’s Academic Network (SWAN) award.

The three main research funding institutions in Ireland will no longer provide funding to third-level institutions after 2019, unless they have achieved certain standards of gender equality for staff and researchers.

The new rules mean that the Irish Research Council (IRC), Science Foundation Board and Health Research Council will demand that, from 2019, any Irish third-level institution that wants to receive funding from them must hold an Athena SWAN institutional bronze award. In 2023 the standard will be raised higher still. These councils, who provide the majority of funding for science research in Irish institutions, have said that by 2023 institutions will require a silver award in order to be eligible for funding.

Holding an Athena SWAN award will therefore be extremely important going forward. Aoife Crawford, Trinity’s Equality Officer, described the value of the awards to the College, in an email to the The University Times, saying: “Its greatest benefit for Trinity, in my view, is the full realisation of female talent within the university.”

The Equality Challenge Unit (ECU) – the body within which the Athena SWAN Charter operates – states on their website that the purpose of the Athena SWAN Charter award is “to encourage and recognise commitment to advancing the careers of women in science, technology, engineering, maths and medicine (STEMM) employment in higher education and research”.

Crawford also said, of the awards benefits, that “the Athena SWAN Charter is a rigorous process by which a university can assess its progress in relation to gender equality, be recognised for achievements and identify areas for improvement”. In order to avail of funding under the new rules these achievements and schemes to improve problem areas will need to be addressed by institutions in Ireland.

The systems works well as a clear way to chart progress in the area. Marie Connolly, the Athena Swan coordinator in UL said in an email statement to The University Times that “the process provides us with a clear framework through which gender equality can be tracked, measured and improved upon across the institution and particularly within our STEMM departments”.

Sinéad Boyce of Trinity’s School of Chemistry said in an email statement to The University Times that their “Athena SWAN efforts have improved the working environment within the School, which has been the biggest benefit of the programme”.

Currently, a bronze Athena SWAN award is the highest award held by any Irish institution or department. However, achieving a bronze award is a challenging undertaking in itself. Boyce described the many efforts the school has taken in response to the award, for example “building on the Athena SWAN philosophy of equality and of giving a voice to underrepresented cohorts, the School has also set up two staff/student liaison committees”, while postgraduate students “have set up an annual Postgraduate Day and a number of Women in Chemistry events have been held”.

Speaking about the steps currently being taken by Trinity in order to achieve the silver institutional award, Claire Marshall, programme manager for Women in Science and Engineering Research (WiSER), speaking to The University Times by email, said: “We already have a plan in place to reach this important goal, and are working hard towards it. However, strong institutional commitment is essential. A successful Athena SWAN submission takes considerable time and effort on behalf of a number of people, and can only happen if the necessary resources are in place.”

Marshall said that currently the Colleges self-assessment team, which oversees the Athena SWAN, is implementing their own Gender Action Plan and working on a strategy which will allow the college to achieve the silver award.

When asked about the greatest challenges facing women in academia, Marshall said that “women have made immeasurable advances in academia over the past decades. While overt discrimination is now (largely) a thing of the past, unconscious bias remains a serious barrier to true equality”.

Marshall noted challenges faces in gender equality in an email to The University Times, in particular the fact that studies consistently show men being rated as more capable than women. This issue is exacerbated in areas such as engineering and computer science, where women are underrepresented, and persists even when a woman’s performance and qualifications are identical to that of their male counterparts.

Marshall cited “unconscious biases”, especially around leadership roles, that cause challenges for women who wish to move up the ranks of an institution. Marshall said that “despite major societal changes in recent years, the default assumption (and practice) is still that women will bear the brunt of caring responsibilities”.

Prof John Parnell led Trinity’s School of Natural Sciences in their 2015 submission for the award. Parnell spoke on the main challenges that schools face in achieving departmental awards, in an email to The University Times. He said that a major difficulty lies in the simple fact that in the School of Natural Sciences more men than women apply for lecturing positions. A bias of male applicants does not lead to equal numbers of both genders being appointed and eventually promoted. Parnell said: “I don’t believe that this is due to discrimination but to other factors, including, perhaps surprisingly, getting female staff to apply for promotion.”

In May 2015, Athena was expanded to include arts, humanities, social sciences, business and law. As of yet, this expansion does not apply to Ireland. However, Crawford said that in Trinity “the institutional self-assessment team and WiSER have been working with Schools in AHSS who are interested in applying, so that they are in a good position to apply when this becomes possible”.

The Athena SWAN award is already valued within Ireland. Orla Feely, Vice-President for Research, Innovation and Impact in UCD, who headed UCD’s successful submission, speaking to The University Times by email, described the importance of the Athena SWAN award as it helped provide an action plan for the university in their “pursuit of gender equality”.

The deadline for the next round of applications for the Athena Star Charter awards is April 29th. Trinity will not be making any institutional or school submissions for this round.
However, Crawford said: “Work is ongoing in all areas to progress existing gender action plans and encourage new Schools in STEMM and AHSS to apply.”