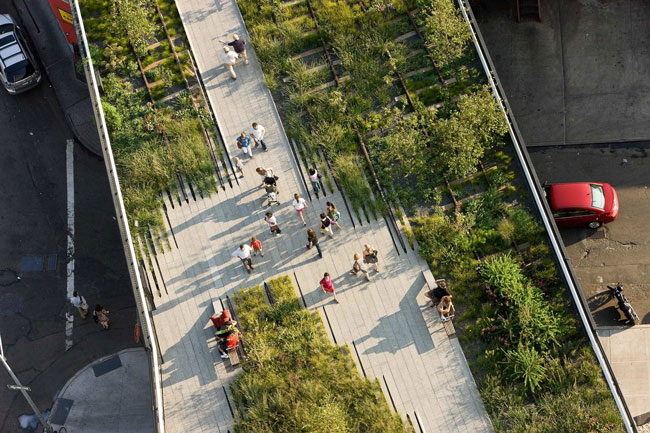 The High Line in New York City is a pioneering example of a green space in an urban environment.

Trinity is to spearhead a €12m EU project, “Connecting Nature” which will develop man-made, nature-focused installations, such as the creation of urban woodlands and roof gardens, to make European cities greener urban spaces.

The project has 37 participant organisations across 19 European countries working to establish Europe as a world leader in revolutionising how 21st century cities can incorporate nature.

Funded by the EU’s Horizon 2020 Research and Innovation Programme, the project will use 11 European cities to implement the solutions the research produces and monitor their success.

The leader of the project, Dr Marcus Collier, an assistant professor in botany in the School of Natural Sciences, said in a press statement, that the project “will attempt to achieve what no other Horizon 2020 project has before”. Collier emphasised the scale and effect the research could have on cities in Europe: “It will co-create city-wide master plans to scale out nature-based solutions and generate funding for them. This is not just about building climate resilience.”

“It is about transforming cities for future generations”, he added.

Those behind the project hope that – along with improvements to the urban environment – that the innovations will produce sustainable jobs and improve the health and wellbeing of residents in the cities.

The project will explore solutions, including the creation of urban woodlands, wetlands and extensive roof gardens, green walls and green corridors lined by trees and plants that support wildlife, networks of gardens and allotments that boost urban food production, parks and temporary floodable habitats that reduce the danger posed by flash floods.

“This project will make a difference going forward by integrating cities with academic research, and it will also forge an important link between two schools in Trinity”, he said.

In a press statement, Head of the School of Natural Sciences, Prof Fraser Mitchell noted that while there are many “fears and concerns” in the “post-Brexit world”, research projects like this one “build on diversity, bringing together local authorities, communities, industry partners and researchers to build important networks of trust and cooperation across Europe”.

The launch of the project, which took place in June, saw mayors, politicians, academics and industry representatives gather to listen to speakers from the European Investment Bank (ECB), Social Finance UK and the European Venture Philanthropy Association emphasise the opportunities for large-scale investment in innovative nature-based solutions.