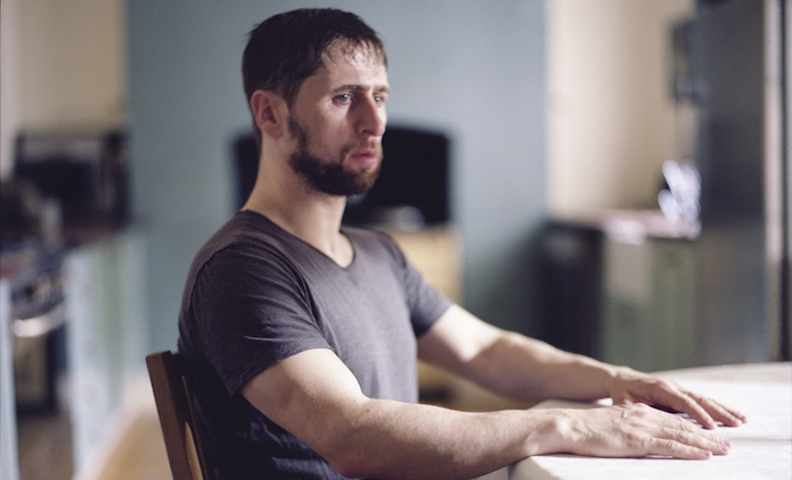 After you delete Tinder for the first time, you inevitably ask yourself, can love – “traditional love”, that is – survive in the digital age? Soon your ideas evolve and you admit that you, like love, and like everything else, must adapt to the digital world that we live in. You won’t ask yourself such a silly, one-dimensional question again. Unfortunately, The Second Violinist has exposed Enda Walsh and Donnacha Dennehy as once-removed commentators on the world of digital love, placing them both firmly in the “embarrassing dad” camp.

To call A Second Violinist a modern love story through opera, theatre and film is wrong, not because it doesn’t use all of those forms, but because it is not fit to be called a modern love story. The foundation of the story is a binary, badly imagined, tall tale of what it is like to “do” online romance. I am offering no critique of the music as, in all honesty, this was my first time watching live opera. I would not be qualified to complain. But when the old gentleman next to me said, as the lights came up, that it was unlike any opera he had ever seen before, I replied that it was nothing like any recognisable online dating scenario either. While for the former it might seem innovative, for the latter, it patronises the young and misleads the old. As for the dialogue, Walsh’s previous plays revelled in rich, fast-paced language, not staccato texts that pretend to be profound by their brevity. The opera only elongated the hollow sentiment of the dialogue.

For any writer to grow old gracefully in the era of digital-everything, they ought to deliberate more deeply than Walsh and Dennehy do here. As the character Martin smashes a phone against the side of his chair during a scene, it more accurately symbolises the heavy-handedness of the play than any kind of anguished exposition of an inability to turn off in the digital age. When the emoji with hearts for eyes is blown up on a big screen, it reveals that the eyes are only really heart-shaped cut-outs. Yet good writing must realise that there is so much more than this binary of presence or absence, dramatised to a ludicrous extreme in the life-or-death questions posed at the end of the play. A decent play must at least try to pretend to understand the nuance of the matter at hand, whatever type of staged event it is.

What I found most frustrating about The Second Violinist was that it struck me – one of the few young people in the audience – as a play written by adults about a younger generation that they don’t understand. It was outdated from its conception. The average age of Snapchat users is less than sixteen, the average age at an opera, I would guess, is over fifty. This play does nothing to reconcile those two worlds. A Second Violinist will never capture the hearts of the younger generation because, as it says itself, it goes looking for it in their hands. Our hearts are not in our hands, they are in the same place they have always been, you just have to look for them more carefully.