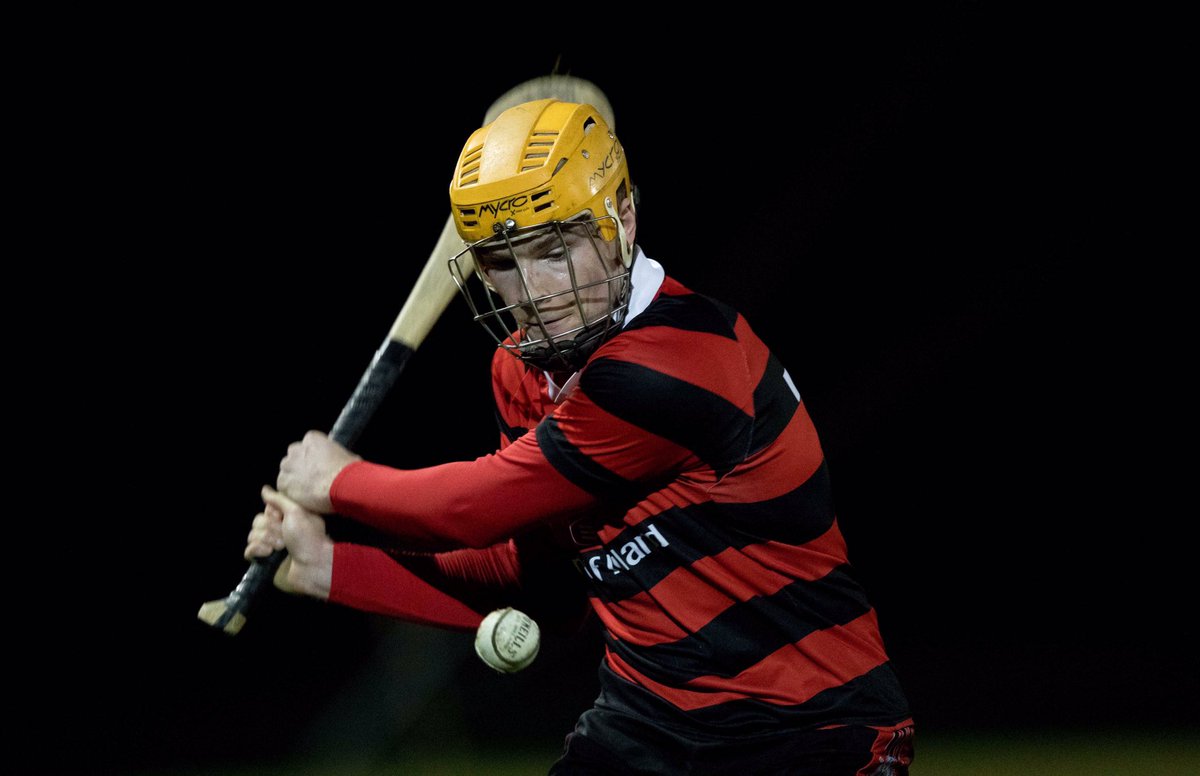 A cold and damp night in Santry was not enough to quash the determination by the Trinity Senior Hurlers, who outclassed Queen’s University Belfast all over the field, leaving them with a well-deserved win on their Division Two Senior Hurling League opener on a scoreline of 4-14 to 0-16. Goals from Ross Gorey, Donncha Butler and Cian O’ Sullivan saw the boys in black and red send the Belfast boys packing after an outstanding team performance on a cold October evening.

Trinity were quick off the mark, showing their determination to begin their league campaign on a winning note with a 65-metre free converted by O’Sullivan within the first minute of the game. Queen’s defence barely had time to react when full forward Ross Gorey received a great ball from Cian O’Riain Broin and ploughed through the defence, burying the sliotar into the back of the net following the restart after O’Sullivan’s free.

Gorey added to his tally, scoring a cracking point over his shoulder and widening the gap once again between Trinity and Queen’s. Good off-the-ball play between the forwards saw great chances created, with O’ Sullivan and wing forward Donncha Butler pinging over points in response to Queen’s attempt to regain some ground on the scoreboard.

On one occasion, Butler was pulled down as he made a dash for the goal, with O’Sullivan’s free just shy of the top of the net as it went firmly over the crossbar instead. Trinity was incredibly unlucky at times not to convert more, with an incredible run made by O’Sullivan from the backs all the way into the full forwards go amiss after corner forward Mark Corry was unable to convert due to immense pressure from the Queen’s defence.

Queen’s kept tipping away at the scoreboard, mainly due to frees and scores due to play coming from their corner forward, but the Trinity boys responded in the best possible way. A ball plucked from the air by Sean O’ Connor from Eoghan McNamara’s puckout was driven across the field to Butler, who drove up the line and finished it in style by driving the ball past the goalkeeper from the 21-yard line. O’Sullivan soon followed with a goal of his own, having first driven through nearly half the Queen’s team and the goalkeeper to see his side go further ahead once again. Corry added to the tally, scoring a magnificent point from quite a distance out the field, leaving Trinity going in at the break on a high with 3-6 to 0-8 in their favour.

Determined not to let their lead slip in the second half, Trinity opened their scoring within minutes thanks to a well-taken point by Butler, who beat two Queen’s men to take the score. Centre back Fionn O Riain Broin added to the scoreboard soon after with a well-timed free, driving a huge wedge between the teams. Queen’s began to fight back, putting pressure on all over the field and creating scoring opportunities themselves, which began to narrow the gap ever so slightly between the two sides.

The immense pressure by the Belfast side saw little ball attained by the forwards and some of McNamara’s puck-outs dropped in as far as the far 21-yard line to be swifty dealt with by Queen’s. Incredible tackling and hassling from the Trinity defence, which saw the likes of Cormac Keating and Mark O’ Keefe play out of their skin, saw any threat soon dealt with, sending the ball back up the field once again. O’ Sullivan stepped up once more, not content with the team’s assured win, driving through on a powerful run and finishing the ball into the back of the net after a deflection from the Queen’s keeper.

Trinity did not lie down after this, as Trinity debut Johnny Walsh scored a brilliant point after a well-worked ball by Butler and Cian O Riain Broin, ensuring that any chance of a comeback by Queen’s would have to have been miraculous to have a chance of coming close to Trinity’s efforts.

Finishing the game with a win of 4-14 to 0-16, tremendous things await this team if this standard continues for the rest of the season. Trinity will travel to Belfast next to face St Mary’s, a game that will be crucial if they are to hope to reach the final stages of the league.