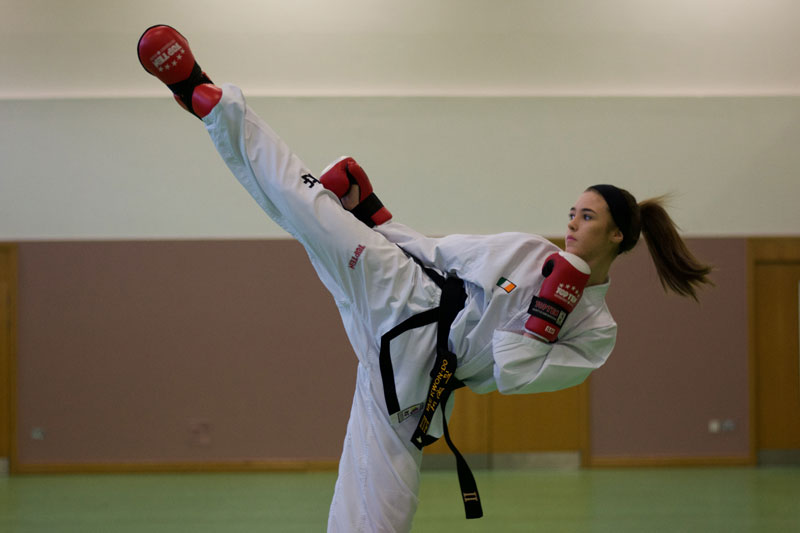 The International Taekwondo Association World Championships will be held this week from October 11th to 15th in the Citywest Hotel in Dublin. Trinity student Ellen Ince is a member of the Irish National Taekwondo Team and will be competing as an individual in the categories of second-degree patterns and below 62 kg sparring.

When Ince competes in second-degree patterns, she appears onstage to perform a variety of rehearsed moves. At the world championships, Ince will compete against her opponent in front of five umpires who judge the performance of both athletes on technical level and performance.

Each competitor must perform two designated pattern routines for which they will be evaluated and awarded points accordingly. In sparring, Ince will showcase the dynamic elements of the sport against another competitor. Sparring matches consist of two back-to-back rounds of full taekwondo, with a one-minute resting period between matches.

Ince and the Irish National Team have been training for this event throughout the summer. On a competitive taekwondo platform, it is common for the athletes to train in two sessions a day, six days a week.

Aside from all 1,100 international athletes competing in the event, there are nearly 300 officials, umpires and organisers ensuring the event runs smoothly.

“It’s going to be an unforgettable week”, explained Ince, a second-year European studies student, in an email to The University Times. “I dreamed of being on the national team and it’s an honour to have earned the chance to compete in my home country at the world level.”

The Irish National Team will be weighing in this Tuesday at 9am, followed by the rest of the competing world teams. The opening ceremony will commence that evening at 8pm showcasing a variety of other Irish talents and culture. The actual competition will take place between Wednesday and Sunday.

Ellen Ince’s first match is in second-degree patterns on Wednesday against Argentina. On Thursday, Ince will be competing in below 62 kg sparring against Sweden.