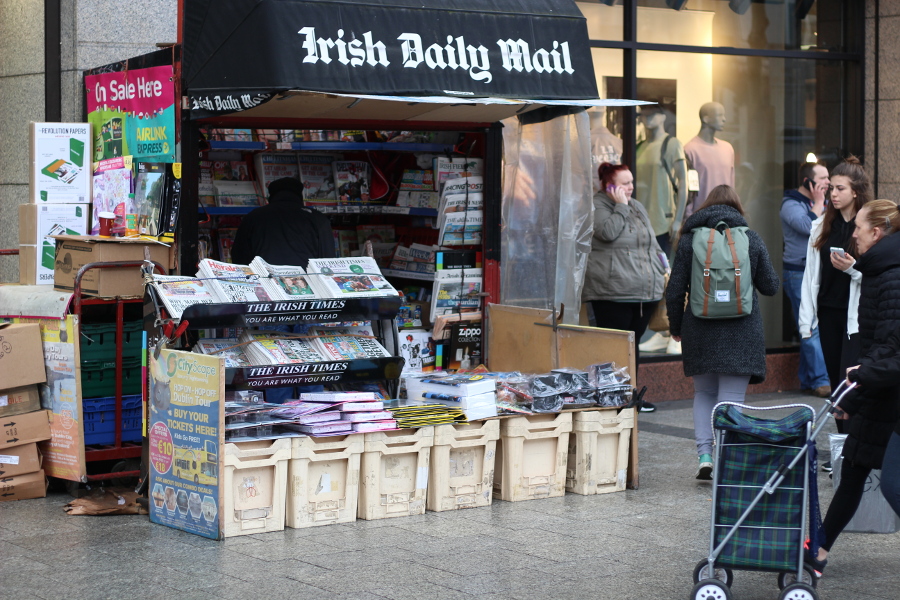 The world is awash with bullshit. Our digital landscape is polluted. Clickbait articles are replacing nuanced ones. Politicians no longer have to adhere to the truth. Data can be easily skewed by advertisers. Statistical traps lurk around every corner. Fake news runs rampant in our Facebook feeds. At least, that is the claim of Carl T Bergstrom and Jevin West of the University of Washington, Seattle. In response to this digital chaos, in January 2017 they launched their course, “Calling Bullshit in the Age of Big Data”. The course quickly made headlines across the globe. Now, nearly one year later, their materials are being used by over 60 universities around the world in a growing effort to tackle the rise of fake news and misinformation.

“We actually kind of broke some of the university rules by releasing the course on the web before it was approved”, laughs West, speaking to The University Times. “But our university has been quite supportive of it. They did allow us then to make it official and we made it a course. 160 seats filled within a minute, with 40 different majors across campus.” While West admits that the recent US election did act as a catalyst in bringing the course to fruition, the pair had been developing the idea for some time, in particular a course aimed at combatting the “fake news epidemic going on in science” and in scientific literature. “For the last couple of years we’ve been sending emails back and forth of things [misinformation] that we find in our professional lives, things in scientific literature and also in our everyday lives”, says West.

“And the pile just kept getting bigger and bigger and bigger and we thought why don’t we teach a course on how to call BS on all of this stuff we are finding in our lives. We know others are finding it.” Both West, an information scientist, and Bergstrom, a biologist, knew that while they may be able to spot the untruths that were being “wrapped in statistics, data and algorithms”, some university students are not: “We wanted to talk about BS in general, but provide skills to students to reason with data the same way they do in their humanities courses. So kind of bringing that critical reasoning to data. Students learn the mechanics of statistics but we don’t feel that they are doing enough thinking about what they are calculating. As much fun as Carl and I have with the course and with the content and the case studies, we are frustrated by what we are seeing in our digital environment and how polluted it has become. So we thought, we need to teach students how to clean this up.”

And in January 2017, the big clean up began. Through a combination of examining case studies, learning to spot statistical traps and manipulating graphs, students at the University of Washington were given the tools to spot mistakes in data representation and armoured against the so-called “bullshit” that regularly ensnares readers. “If a number sounds to good or too bad to be true, it probably is”, says West. “We tell them to check their source. Who is telling you this? How do they know what they are saying? What’s their expertise? What do they have to gain from it? We teach them a lot about how to manipulate with graphs and how to look out for some of the common mistakes in graphs. As an example, people manipulate the axis all the time to change the story. If you zoom in and zoom out in different ways, you can completely change the story.”

Helping students find the real story is also one of aims of the University of Michigan’s new course: “Fake News, Lies, and Propaganda: How to Sort Fact from Fiction.” Run over the course of seven weeks as part of a collaboration between the university libraries and the College of Literature, Science and the Arts, the course strives to equip its students with the skills to navigate our fragmented media landscape. “We had just seen so many issues around how people were thinking and engaging with information online”, explains course developer and current instructor Jo Angela Oehri, speaking to The University Times, “that it seemed like a good time to propose a critical thinking class that was about how we engage with the news online”. Oehri underlines that it’s university students in particular that need such practice.

“In written assignments, we are seeing more and more cases where they [the students] are asked not just to use scholarly evidence, but they are also asked to use evidence from reliable and credible news sources, so web pages from other organisations and in-depth long-form journalism”, says Oehri. By encouraging them to both question news sources, use active evaluation techniques and practice critical thinking, Oehri is not just providing the students with “a checklist of things to look for when they are looking at the news” but rather a way of engaging with news much like they would engage with information in a library. “Sometimes people think of libraries as places where information is stored, like that’s where the books are and that’s where the online materials are, they are just stored there”, says Oehri.

“Libraries are really a place where people come to engage with information. They come to try to decide what book to get or what database to use, or which article best fits their need, and to explore ideas. When people do research they come in and try to find lots of information about a particular subject and then they have to evaluate that information to see if it is credible or not in that sense.”

Much like the University of Washington’s “Calling Bullshit” course, Oehri’s teaches students to spot biased news by using examples. “We might talk about something like the Wall Street Journal’s blue feed/red feed website, where it shows two typical liberal and conservative Facebook feeds”, she explains. “Students are taken out of their own experience and get a sense of what the conversation is.”

West too expresses a similar sentiment. In his view, social media is a “huge problem” in the world of media. It keeps us in our own circles and gives ‘bullshit’ a fertile breeding ground. “In the olden days there were the traditional gate keepers, where the was an editor, a national newspaper that was filtering, vetting and fact checking data”, notes West. “Everyone now can be a publisher and in this sort of new democratised techno platform.”

“We use our friends as our collaborative filters. So now we are getting our information filtered through our small communities of like minded and like thinking individuals”, he says.

Despite the huge volume of fake news and misinformation on Facebook, West tells his students to look for fake news everywhere, and if they spot it, call it out. They are actively encouraged to send links to “bullshit” news articles and misrepresented data to both Bergstrom and West, who publicise their findings regularly on the course’s Twitter feed. “Students love calling BS”, laughs West. “We found that out.” He maintains that no news source is immune: “If you look even at the top newspapers, the New York Times, a very high quality newspaper, we find things in the New York Times quite often, things that are misreported or interpretations that are wrong.”

But the cleanup has begun and the fight by universities around the world for real, unbiased, nuanced information is only just beginning. How can students join this battle? West’s advice is clear and concise. Interrogate data like you would interrogate a good salesman, and start asking questions. “In a perfect world”, explains West, “I think it would be better to be in a purely subscription-based world, where you would pay a year’s worth of fees and just expect that newspapers are going to deliver high quality content, not just so that you click on something, but because it is quality information that the public needs to know. It’s nuanced and not sort of, you know, ‘Seven Kittens That Look Like Robert De Niro'”.

After a brief pause he laughs. “But we’re human. I’m not immune to that either. That would be a fun thing to click on.”