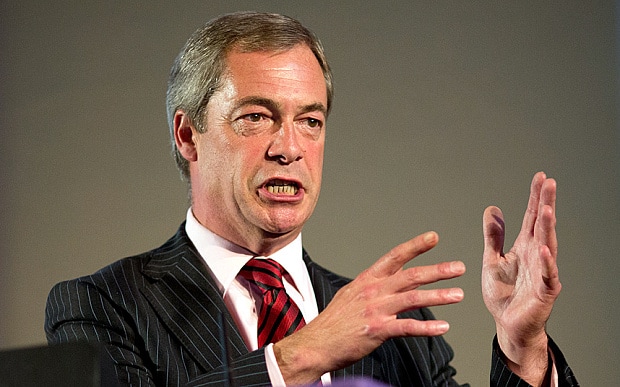 In an open letter to members, 23 ordinary members, including three former Auditors of the College Historical Society (the Hist), have condemned the move to invite Nigel Farage to speak.

Those who have signed the letter are calling on the Auditor, Paul Molloy, to reconsider the invitation. The open letter was published in the Hist members’ Facebook group by former Auditor Michael Coleman. Coleman posted the letter with a note announcing that it would be read out during private business at tonight’s Hist debate in the Graduates Memorial Building (GMB).

The letter says that Farage “is someone who has a history of not only expressing racist, islamophobic and anti-semitic opinions, but of building his politics and world views around these opinions”.

The letter went further, to say that “we do not feel that this decision represents us as members, or the values the society should be promoting by giving them a platform within college, in 2018”.

Molloy is one of four candidates running for president in the Trinity College Dublin Students’ Union (TCDSU) elections.

Farage, who led the UK Independence Party (UKIP) during Britain’s referendum on membership of the EU, was announced as a guest on Monday.

In a statement posted in the Hist Facebook group on Tuesday, Molloy defended the decision to invite Farage: “The Society plays host to numerous individuals of divergent views, many of which our members feel strongly and passionately about. This is the nature of free enquiry in a democratic society. It is by that enquiry the strength of ideas and the validity of beliefs are challenged and upheld. We recognise, however, that many of these individuals hold controversial and unorthodox views, but ultimately we must recognise that they are figures who are in the public discourse.”

“It is the view of the General Committee that the suggestion made that pursuing such an enquiry should not occur is something which makes the mandate of the Society redundant. That we should revoke the invitation as some would suggest, is insulting not just to the electorate of Great Britain, but also to the membership of the society as a whole”, Molloy added.

Last year, when Farage’s invitation was initially announced, one former auditor of the Hist called Farage a “racist” and “white supremacist”. The criticism forced the Hist to rescind its offer of the Gold Medal for Outstanding Contribution to Public Discourse.

Amid the backlash, a screenshot posted in a Hist group showed Molloy defending his decision to offer Farage the award: “The medal is not an endorsement of any view or action, anymore than votes on motions, debates or panel discussions are.”

However, he later apologised to members, former and current, in the Facebook group: “It was wrong for me to extend an invitation to Nigel Farage in the manner which I did. I offer my sincerest apologies for any offence which has been caused from doing so.”

Friday’s questions-and-answers session is due to be moderated by Pat Leahy, the Political Editor of the Irish Times.