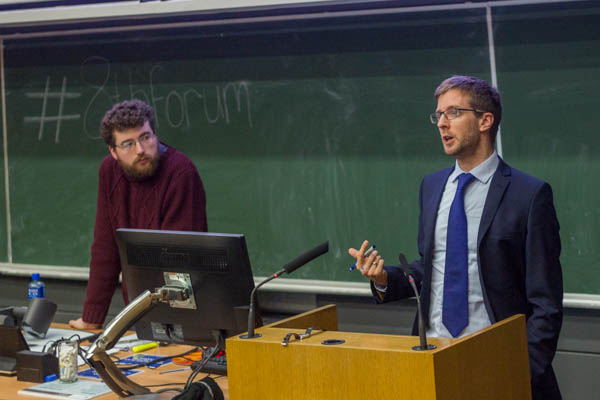 Prof Oran Doyle’s time as Head of the Law School will come to an end this June, after four years in the role.

As it stands, there is only one candidate in the running to take up his position. Fellow and Regius Professor of Laws Prof Mark Bell was previously Head of the School of Law in the University of Leicester from 2011 to 2014.

An election is scheduled to take place over the next two weeks and, if successful, Bell will take over at the start of July.

In an email statement to The University Times, Doyle explained that his term “was extended by one year last year” and will come to an end on June 30th.

Specialising in equality and employment law, Bell is also a member of the Board of Directors of the Irish Centre for European Law and is on the committee of the Employment Law Association of Ireland. He regularly works with national and international organisations on equality issues and has worked with the International Labour Organisation since 2010 to shape employment law.

Also a Fellow of the College, Doyle’s area of expertise is comparative constitutional law. During the Citizens’ Assembly on the eighth amendment, he was called on to give an unbiased legal viewpoint on the amendment and the implications of any possible changes. He also addressed a forum held last November in Trinity on the eighth amendment, advising students on what their vote could mean for the constitution.

Previously, Doyle has been a recognised voice in the public sphere on issues such as the children’s rights referendum and the marriage equality referendum.

In February of last year, when several evaluation forms filled in by students revealed sexist comments about a female lecturer, Doyle issued a strong condemnation of those responsible. In an email to students, he said the comments were “unacceptable”. Describing the “deep levels of misogyny” shown by those who filled in the forms, he said he had no option but to “call out this sort of behaviour”.

Despite pointing out this behaviour, Doyle reminded students that the sort of behaviour he was criticising was “radically inconsistent with the way in which the vast majority of us treat one another”.

More recently, the school faced complaints from law and French students. They complained that the teaching of the language aspect of the course left them underprepared for their compulsory Erasmus exchange. Students complained that others doing law and a language course were given more support.

In an email statement to The University Times at the time, Doyle said that the school “always takes student concerns very seriously”. Following discussions with students, the law school, alongside the French department, arranged to deliver language classes to first and second year students.

The Trinity Education Project is a sweeping change of how Trinity interacts and educates its students. Changes that are part of the project include semesterisation of modules, Christmas exams and a two week earlier start to the year.