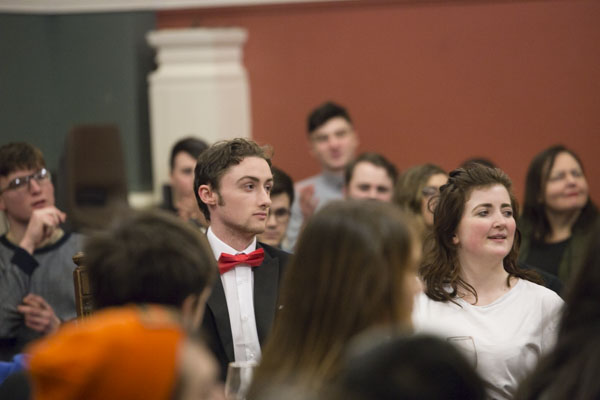 A member of Paul Molloy’s campaign team has been found in breach of campaigning rules, after they posted in a class Facebook page about Molloy running for the role of President of Trinity College Dublin Students’ Union (TCDSU).

Speaking to The University Times, Molloy said: “We tried everything we could to get the post taken down.”

He reported it to the Electoral Commission, he said, “because it was important to stick to the rules”.

The student is now no longer a part of Molloy’s campaign team.

Molloy is one of four presidential candidates running in this year’s elections and is Auditor of the College Historical Society (the Hist).

At a meeting this evening, the Electoral Commission decided not to issue a strike to Molloy but to hold back five of his team’s t-shirts and 500 of its manifestos for the first day of campaigning.

The rules for the candidates and their campaigns are set out in Schedule Three of TCDSU’s constitution. If a candidate is found in breach of one of these rules, the Electoral Commission will decide whether to issue a strike. Under this strike system, three minor rule breaks or two major rule breaks will result in the candidate being struck from the ballot.