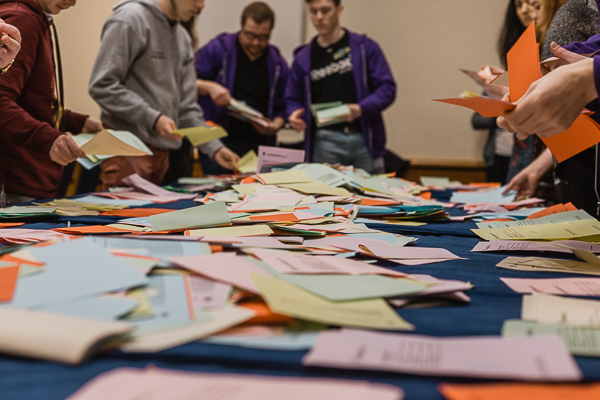 Trinity students have voted for option three with 34.47 per cent of votes, in the preferendum on supplemental fees. The preferendum, which is not binding, was brought to students to see which position Trinity College Dublin Students’ Union (TCDSU) should adopt.

Option three states: “TCDSU should not support the introduction of supplemental fees but should advocate for modular billing.”

The preferendum was called at last month’s council, after College announced plans to introduce fees for supplemental exams, with five options tabled. Option three won tonight, in a first past the post system.

Speaking to The University Times after the announcement of the result, TCDSU President Kevin Keane said tonight’s result has shown “students have no interest or support for the introduction of supplemental fees”.

“It’s college’s job to now stand up and listen, take note of what students want and implement it”, he said.

Supplemental fees are being suggested by College, with a charge of €200 per module that is resit being mooted. They have also suggested the introduction of modular billing, which would mean students forced to repeat a year after failing one or more modules would only have to pay for that module, rather than paying the full fee for a year.

Speaking to The University Times, Laura Beston, who led a campaign advocating for option two, said she was “delighted” with the result. “I’m happy that we’re going to get a campaign against supplemental fees”, she added.

Polling conducted by The University Times last week indicated that option four would prove most popular, on 28.6 per cent, with option one narrowly losing out on 28.4 per cent.