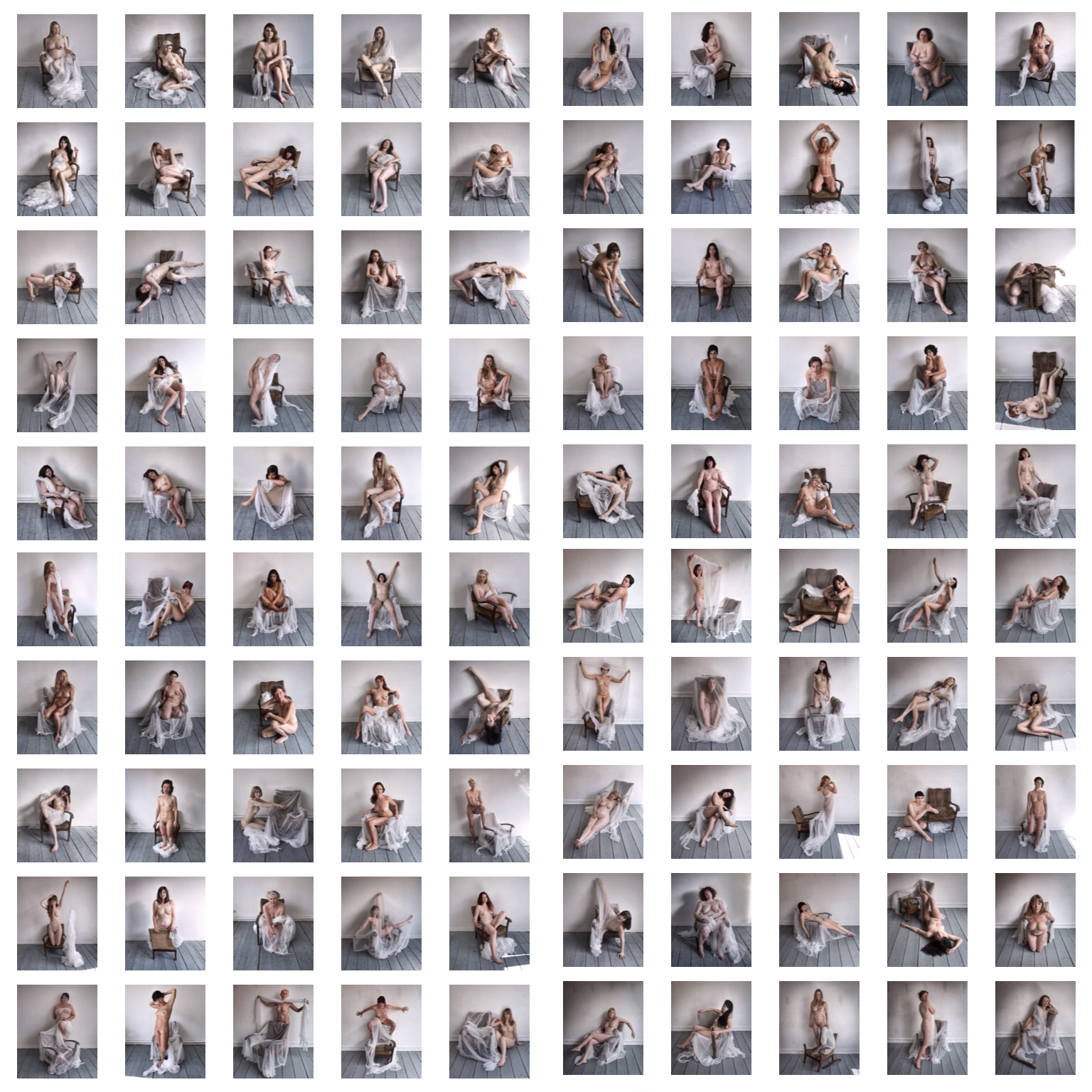 Dragana Jurišić’s My Own Unknown is an ongoing project consisting of five chapters. Among these chapters is Jurišić’s explorations into the mysterious life of her aunt Gordana Čavić, her coinciding reflections on an anonymous woman who drowned in the Seine in 1880 and the plaster cast of her face used to identify her. In different parts of the exhibition, Jurišić traverses concepts of woman as a passive muse and as a goddess with a nude polaroid series and nude time-lapse photography. There are no placards describing or naming works, and no part of the exhibition seems to have more importance over the other. This lends itself well to the nature of the project being an expanding discursive exploration.

Jurišić’s neatly pencilled notebooks on her aunt Gordana include stills from an interview with director Alejandro Jodorowsky on a Spanish television program, found photographs of Gordana and her lovers and photographs of those she interviewed about her aunt. In the glass case opposite are several texts including a biography of Tito. Jurišić may be trying to reconcile the cultural and political turmoil of her life growing up in former Yugoslavia – in what is now Croatia – with the life of Gordana, who escaped to Paris to live an almost cartoonishly unbelievable life. There is importance in Jurišić’s choice to expound her explorations into the enigma of Gordana that would be otherwise unknown and irrelevant to all of us. It leads us to think about what kinds of human figures we choose to commend historically, and how accepting we are of the prescribed hegemonic histories we absorb beyond our control.

As we look through the exhibition, we want to discover the artist within all the polaroids and pencil notes but we never really get there. She exists alongside her artworks, present in candid-like images and blurred self-portraits, but doesn’t explicitly place herself as a thematic part of the exhibition. Jurišić visually joins the viewing and exploring of the spectator. In “The Familiar”, she glares defensively at us whilst clutching a tabby cat. Is Jurišić expressing the frustration of trying to realize yourself as a woman, an artist and a human being in a world that turns your history to ashes? It’s hard to shake her photographic presence when you peruse through her personal notes and writings. It almost becomes a subversion of the woman as a passive muse and a play on the omnipresence of the goddess. While the form and aesthetic of the pieces in Jurišić’s exhibition are ever mutating, her political curiosity is pervasive throughout.