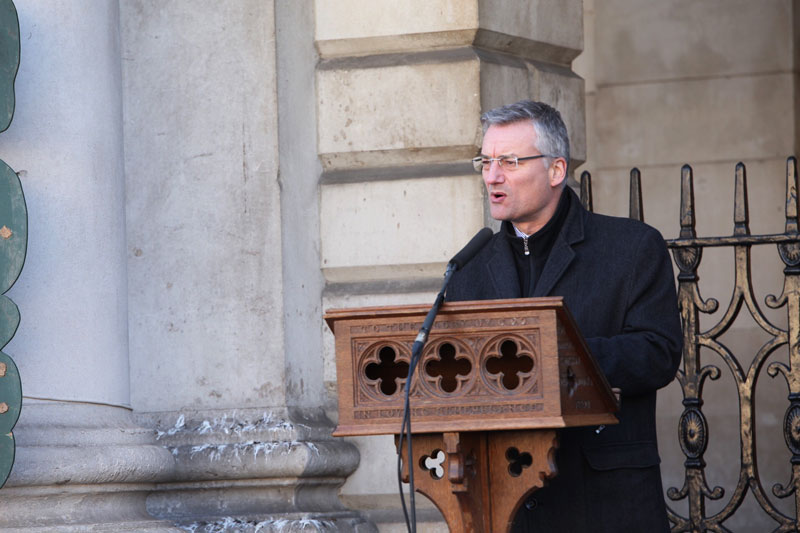 Provost Patrick Prendergast has spoken before about his wish to give students a chance to live on campus.
Ivan Rakhmanin for The University Times

College is proposing a significant increase to on-campus accommodation, The University Times has learned.

A memorandum from Trinity’s Director of Commercialisation, Adrian Neilan, due to be discussed at Finance Committee today and obtained by The University Times, recommends a €21 increase per week in Botany Bay, New Square, Graduates Memorial Building and Front Square accommodation to support a reduction in costs in the privately rented Binary Hub and Kavanagh Court accommodation complexes.

The price increase, if approved, would be the latest jump in prices for Trinity accommodation.

“Taking advantage of students is something the union completely rejects”, Keane said.

The latter property struggled to attract students, with TCDSU criticising the cost of the student accommodation.

Under the first option, Trinity would spend around €200 on refurbishing accommodation in 2018-19. However, this option, if approved, would result in higher weekly rents. For example, a student living in Botany Bay, who current pays €214 a week, would now pay €240 a week.
But, apartments would be refurbished.

Under option two, with no refurbishment, a student living in Botany Bay would pay €235 a week. However, Trinity would not refurbish the apartments, despite Finance Committee agreeing to do so in May 2017.

The increases are said to also help offset the two per cent increase in operating costs the College is expecting to see because the cost of services such as maintenance and public sector pay restoration are due in October 2018 and January 2019.