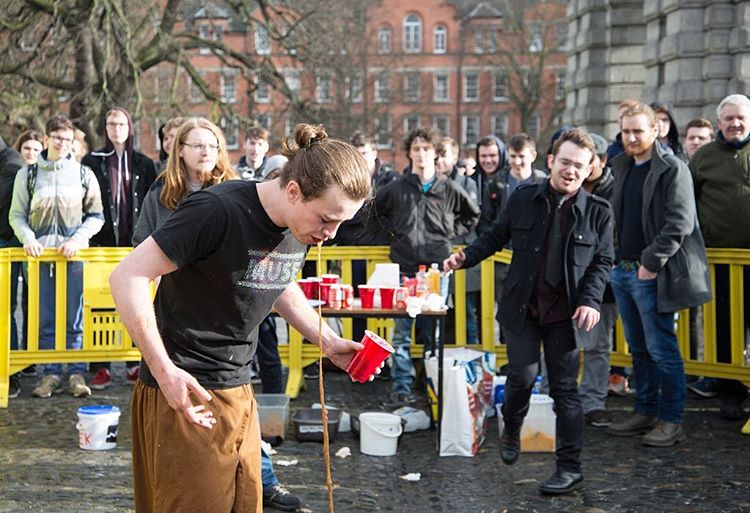 Dublin Institute of Technology Students’ Union (DITSU) has cancelled any “iron stomach” competitions on campus, after the institute’s insurance provider advised that such events were too risky.

Speaking to The University Times, DITSU President Pierre Yimbog said: “It wasn’t banned but we’ve just chosen not to do it on the advice of the insurance company. We took the executive decision not to do any eating competitions this year.”

Iron stomach competitions challenge participants to eat or drink vast quantities or unusual combinations of selected foods or beverages until they vomit.

The competitions have not been banned outright in DIT, though Yimbog stated that “a waiver can only go so far”.

“We took the advice so not to risk being sued in case someone got ill from it”, he said.

Yimbog also raised concerns about how accessible the Iron Stomach competition is to the typical student.

“We’re trying to get events that can cater to as many students as possible”, Yimbog added.

The event has also traditionally been held by Trinity Sci-Fi Society during RAG Week in order to raise funds for charity. The iron stomach competition is not being held this week, nor did it take place last year.