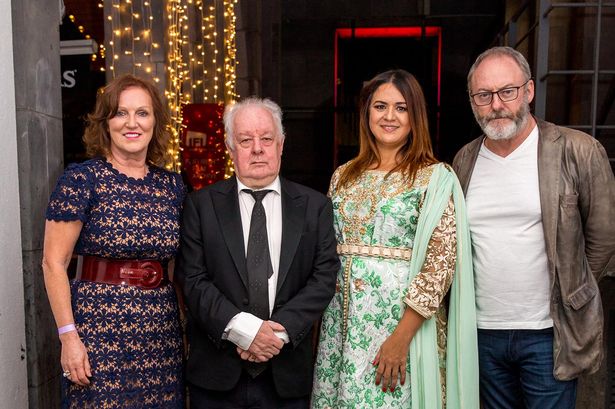 Tomorrow, the Dublin Arabic Film Festival returns to the Irish Film Institute (IFI) for its sixth consecutive year. The festival runs from October 4th to 6th. This year, Irish actor Liam Cunningham will be the Festival Patron.

The festival was developed in partnership with the IFI and is again presented by Dubai Duty Free. Oscar-nominated Irish filmmaker Jim Sheridan curates this year’s festival along with the critically acclaimed documentary film director Zahara Moufid. Since its inception in 2014, when the festival was opened by the internationally renowned Egyptian actor Omar Sharif, the festival has been met with enthusiasm by international actors and directors.

Writing in this year’s programme, Sheridan describes the festival as aiming “to embrace difference and to encourage tolerance [and] to create a greater understanding of the Arab world, its people and the wonderful films that are currently being made in the region”.

This year’s festival is set to screen five feature films, all of which demonstrate the diverse output of Middle Eastern and North African cinema. The films shown hail from Palestine, Saudi Arabia, Syria and Morocco and they all consider both the cultures of these places and the social and political issues which currently afflict them.

The festival commences tomorrow with Muayad Alayan’s The Reports on Sarah and Saleem. The film follows the relationship between a Palestinian deliveryman and an Israeli cafe owner, and features stand-out performances from its lead actors Adeeb Safadi and Sivane Kretchner.

The second day of the festival will open with a free screening of Nora Twomey’s Oscar-nominated animated film The Breadwinner. The film will be shown at 2pm in the Chester Beatty Library in Dublin Castle, with Twomey present to introduce the film.

Saturday’s events will then continue with two feature films at the IFI. The Poetess is a documentary directed by Stephanie Brockhaus and Andreas Wolff, which chronicles the life and struggles of the Saudi poet Hissa Hilal as she challenges religious extremism and advocates for a peaceful Islam. This screening will be followed by The Day I Lost My Shadow, which won the Lion of the Future award at the Venice Film Festival. Directed by Soudade Kaadan, this acclaimed drama tells the story of a mother and her son in Damascus just as the war in Syria begins.

On Sunday, Mats Grorud’s animated film The Tower explores the life of an 11-year-old Palestinian girl, Wardi, and her family in a refugee camp. The film, originally released in 2018, focuses on Wardi as she learns about her family history through the stories of other, older refugees.

This will be followed by Burnout, a drama set in Casablanca. The film follows a range of characters from different backgrounds as they navigate the city. To conclude the festival, the IFI is hosting a question and answer session with Burnout’s director, Moroccan filmmaker Nour Eddine Lakhmari, and its producer, Khadija Alami.

Details on the screening times of each film can be found at ifi.ie. Tickets for the feature films shown at the IFI range in price from €11.50 to €13 and are available now at the cinema box office or online at ifi.ie. Entrance to The Breadwinner at Dublin Castle is free and no booking is required.