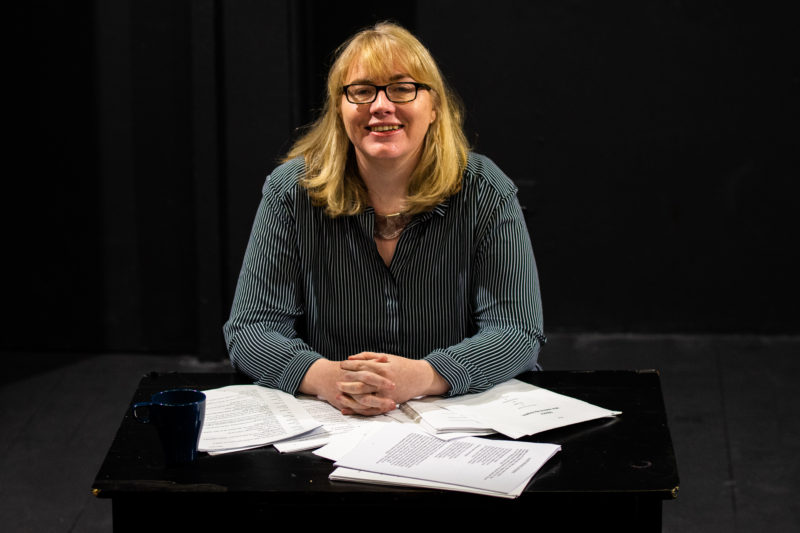 For anyone still savouring the last nostalgic embers of the vibrancy, poignant originality and adrenaline-pumping experimentalism of the Fringe Festival, fear not, the drought is over. From today until November 7th, the creative team behind the New Theatre, Temple Bar will return with their annual New Writing Week, as the culmination of their Path to the Stage programme.

Path to the Stage is a country-wide open call programme for budding playwrights. Speaking to The University Times, resident dramaturg and creative producer of the programme Pamela McQueen explains that the only prerequisite for entry is that “it’s better if you’ve attempted to write for the stage before”. McQueen receives approximately 100 applications annually, so the standard is always exceptionally high.

Submitted scripts are read anonymously by a preliminary team of readers before being shortlisted and passed onto McQueen and head of new writing Nora Kelly Lester for final selections. McQueen confesses having “no major criteria” when shortlisting scripts: she simply searches for “contemporary themes, ideas and forms of theatre, exciting theatrical voices coming off the page and a sense of stagecraft”. The ideal here isn’t saint or scholar, but simply eager and engaged. Following some tough decisions, playwrights’ names are returned to their respective scripts, “and we know who will be coming into work with us”, McQueen grins. From here, the fun begins.

Next, McQueen sits down with the selected playwrights individually to contemplate and negotiate potential adjustments to their submitted scripts, aiding the full realisation of their artistic vision, before a polished re-draft is created. Once New Writing Week rolls around, each playwright is provided with access to a professional director, from a line-up which includes names such as Iseult Golden and Eoin Carrick, and a team of professional actors to breathe the first sparks of life into their inked pages. McQueen believes that getting this “performance-analytical eye from the actors” is invaluable for the script’s development.

At the end of the process, we want the playwright to be closer to realising the play as a full production either with us, or indeed, with another theatre

The decision to conclude the Path to the Stage as a script-in-hand reading isn’t a haphazard one, explains McQueen, as it means “the focus is still on the writer”. This also enhances the post-show discussion McQueen facilitates to conclude each reading, consistent with the Liz Lerman techniques of constructive criticism. Alongside any gasps, laughs or unconscious corporeal reactions a playwright may gauge from an auditorium, this provides artists with a rare insight into the minds of the audience. The process then concludes in an ultimate refining process where the writers develop a firm clarity on “what they want the play to be”.

McQueen also prioritises having a scattering of industry folk among the 66 seats of the New Theatre Auditorium. “That’s why it’s called Path to the Stage”, she enthuses. “At the end of the process, we want the playwright to be closer to realising the play as a full production either with us, or indeed, with another theatre.” She unveils current plans for many of last year’s Path to the Stage pieces to be realised as full productions. Among them is I in the Village, a Bread and Roses Playwriting award-winning play by Darren Donoghue, which will produced in London next year. Trinity student Ultan Pringle will also develop his play, Salt, as part of this programme. 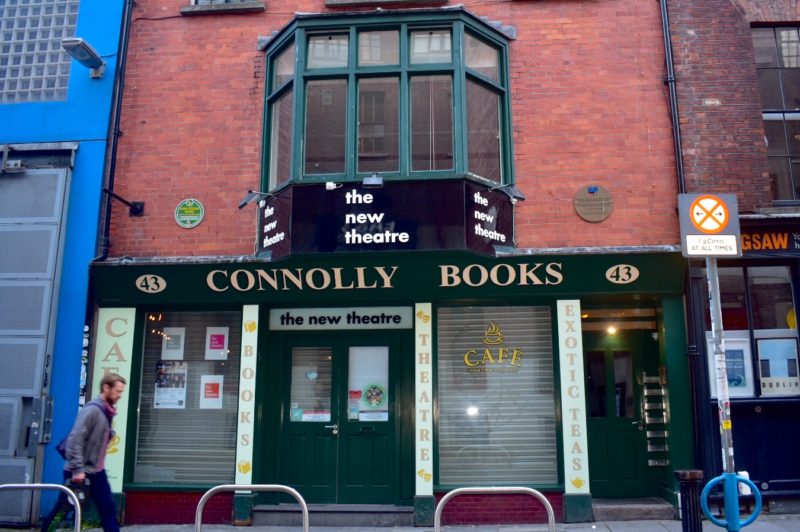 This year’s readings began today with a somewhat tentative double bill. A scene from Drive Me Crazy by Ella Skolimowski was read, which McQueen says “may not necessarily be ready as a full play yet” but displays “wonderful comic timing and details a brilliant mother-daughter relationship” while also taking a topical look at Polish–Irish identity. “It’s proper laugh out loud funny”, chuckles McQueen. The same evening, prose writer David Halpin heard his first dramatic text A Season of Arrival read aloud. “We’re always excited about somebody who we might call the ‘wildcard’”, says McQueen. The piece features two intertwining monologues, one from a contemporary police officer and the other posthumously from a pregnant member of a 1970s Wicklow commune group.

Tomorrow, audiences will enjoy a rehearsed reading of Tara-Marie Lovett’s Black is the Colour. Lovett is a more established writer, having had her play The Tide performed in the New Theatre earlier this year alongside many plays in her Cavan locality. McQueen describes the piece as “midlands gothic”. It focuses primarily upon with a father–daughter relationship, with hues of grief, murder, secrecy and humour, and language that is “very Cavan” throughout.

November 6th sees another double bill, where the playwrights, young in terms of career and age, push “away from naturalism into experimental form to articulate unique theatrical visions”. Firstly, Myrn Devaney presents Pup. This play contorts linear time to trace two people toeing the line between friendship and romance, and what exactly happened the night before. Following a short interval, Oisin Robbins’ play Long Way Down will be read. McQueen summarises this as a high-octane, yet humorous piece set in a dystopian rural Ireland. She sets the scene: “It’s New Year’s Eve and two pals sit on an old man’s rooftop planning to jump.”

Finally, on November 7th, Jody O’Neill, the former Fair City writer and the mind behind Scrapefoot, recently staged in the Ark, hears her new play Eating the City read upon the New Theatre stage. This astute look at contemporary Dublin, through the eyes of a single apartment building’s occupants, tackles many of life’s milestones and the parallel feelings of community and isolation within a big city. “We love to see self-producing artists like Lovett and O’Neill using our programme to tackle bigger plays with larger casts … really pushing the envelope for themselves.”

Taking the conversation outside of this Temple Bar creative haven, McQueen admits that paving a career as a playwright is no mean feat. However, she says, “in recent years there’s greater awareness in the industry of the supports required to develop new voices”. According to McQueen, playwriting in the traditional sense “fell out of fashion” after the economic crash, when a clear trend towards theatremakers collaborating to develop and devise work “without an assigned playwright role” emerged. Even still, she notes that the allocation of current funding structures means “it can be tricky for playwrights to work”. Project development funding exists, she explains, but rarely in conjunction with funding to produce. “And since what little money a playwright gets is from productions”, she says, it can be hard for a writer to make a living if “there evolves more of a producing than development culture”.

Economies of scale also apply, explains McQueen, in converting a playwright’s performance rights into a sustainable wage, as a sizeable audience is necessary to facilitate a decent wage for the playwright. “Dublin has lost many of its mid-range theatres”, mourns McQueen, referencing the forgotten Andrew’s Lane theatre, which had the ideal 270–300 seats. While the Abbey’s Peacock theatre achieves this “comfortable range, it’s not a designated new writing theatre like the Royal Court in England, nor has it ever been”.

For McQueen, the key to an enterprising theatrical future is collaboration. “Potentially, people need to come together in the current financial environment to look for co-productions and the co-development of new work more, because there isn’t going to be a massive uplift with the Arts Council in light of Brexit etc.” She summarises: “We need to use what we have.”