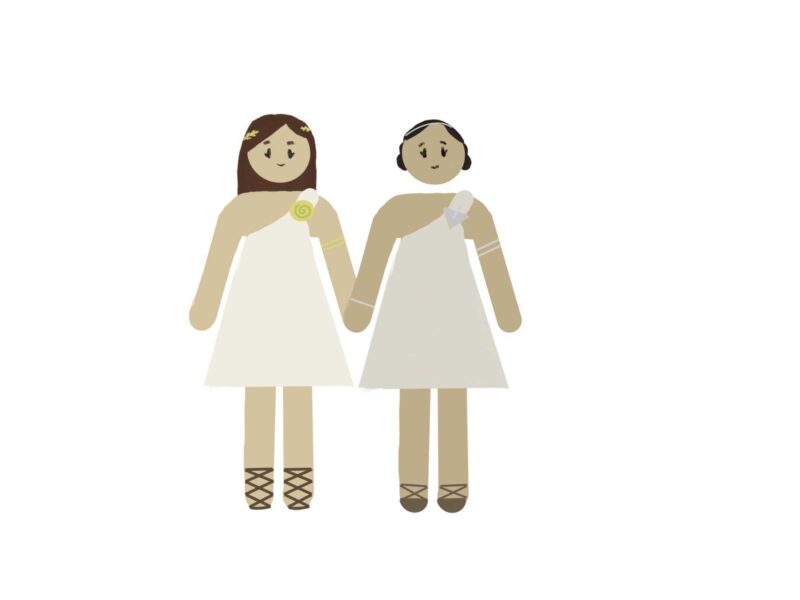 In a rapidly evolving and diverse world, one of academia’s oldest disciplines is struggling to evolve. Classics has long been a staple of academia throughout human history, but the discipline’s place in the 21st century represents a key struggle between traditionalism and modernisation – a struggle between new forces trying to reinvigorate the discipline and deceased – primarily straight, white and wealthy – men.

Most bibliographies for an ancient history module will consist of men like Thucydides, Herodotus and Suetonius, which doesn’t exactly make for a diverse reading list. Men even dominate modern scholarship on the subject. For example, an essay I wrote last semester on historiography in antiquity had only one female source, with much academic commentary and publication on the classics being dominated by male authors.

Dr Rebecca Usherwood, Assistant Professor in late antique and early Byzantine studies, teaches Sources and Methods in Ancient History and Archaeology at Trinity and is currently writing a book on the Constantine period. Encouraging students to engage critically with the past to consider how the context of our own time shapes our understanding and analysis of antiquity, Usherwood’s section of the module promotes the idea of diversity within the subject.

Speaking about her own experience of the lack of diversity in Classics, Usherwood tells me: “I work on late Roman political history. It’s quite common that I’m the only woman on the conference panel. If I submit something, the blind reviewers would most likely be male.”

A lack of female representation – much like the prejudices in the subject itself – runs deep, giving rise to worries of “tokenism”. Usherwood admits to such fears: “Sometimes, I sit and wonder if the only reason I’m on this panel is so it isn’t what we call a ‘manel’, and I get invited to do more stuff I think because of that.” This is something which few of her male counterparts can relate to.

Sometimes, I sit and wonder if the only reason I’m on this panel is so it isn’t what we call a ‘manel’

However, Usherwood, in the face of such adversity, refuses to accept that this is just the way things are and should continue to be. She says: “I realise I could have easily taught the history half of the sources and methods course without talking about diversity. I could have easily used all male ancient writers.”

“Instead”, she says, “I think the best thing to do for the students is to problematise the issue and say, ‘look, this is a problem, and you should notice that it’s there’. I think we’re moving towards thinking about why these imbalances come out and how we can address them in a non-aggressive way”.

It is clear from conversations with students that there is a real interest in the topics of diversity that Usherwood discusses. Amy Cox, a first-year ancient history and archaeology/classical civilisation student, tells me: “I think the discipline is changing. I feel there’s more women studying Classics than men, but it still feels like in a lot of our lectures, it’s male people who are the most vocal. In one of our lectures it was a string of male voices engaging with the lecturer.”

Cox also talks about her passion for Penthesilea, an Amazon queen from Greek mythology and a figure within classical myths that doesn’t conform to the gender norms in antiquity. She is a warrior queen who goes toe-to-toe with Achilles (mythology’s greatest warrior), with her death immortalised by the Attican potter Exekias.

Penthesilea is not the only female hero of Greek mythology. My own gateway drug to the subject was Sophocles’ Antigone, a play based on the myth of the Theban royal family, with the titular female character defying both her tyrannical uncle and the state to honour her traitorous brother with burial rites.

This oft performed play has become something of a feminist classic, with scholar Catherine A. Holland writing in an academic paper that Antigone “occupies a privileged position in modern political thought, for it has provided modern thinkers with an opportunity to reflect upon the place of women with respect to both the state and the household”.

I feel there’s more women studying Classics than men, but it still feels like in a lot of our lectures, it’s male people who are the most vocal

Trinity offers a variety of courses within the classics department, including classical civilisation, ancient history and archaeology, classical languages in both Greek and Latin, and ancient and medieval history and culture.

What is interesting – and indeed surprising – is that Trinity’s department represents something of an abnormality within the field. Its academic staff is dominated by women: 70 per cent of staff are women, compared to only 20 per cent in the National University of Ireland Galway’s classics department.

However, gender is not the only diversity issue within the discipline.

For LGBTQ+ people tackling the classic, analysis of the classical world is based primarily on a hetero-normative approach. This is most evident in many older translations of Sappho’s Ode to Aphrodite which identify the subject of this lyrical epic as male. While scholars such as Theodor Bergk as early as 1835 read the subject as female, a broader agreement on this proposal did not emerge until the 1960s. Sappho herself is now seen as a lesbian icon by many LGBTQ+ classicists. In fact, the word “lesbian” literally derives from the word “Lesbos”, the island from which she originated.

James Sinclair, a high-school classics teacher and Oxford College graduate based in Oxford, tells me about his approach to tackling the issue of diversity within the classical world with a younger audience.

Although he admits that “we cannot get around the fact that most classical texts were written by white men”, Sinclair insists that through his teaching, such as that of the Homeric and Virgilian epic, “there are plenty of interesting opportunities to discuss the portrayal of women and ‘foreigners’ in mythology”.
There are also opportunities to discuss the non-hetero normative world of Classics: “Furthermore, when teaching the Iliad, the possible portrayal of same-sex relations between Achilles and Patroclus provides an avenue for my students, some of whom identify as LGBT, to consider questions of sexual identity in ancient as well as modern contexts.”

As with any other discipline, classics is facing an existential evaluation of its place in the 21st century. But we are beginning to see an evolution towards a more diverse interpretation of what the subject means in the world today and towards a more inclusive approach to teaching classics. It is clear, however, that conversations like the ones happening in Usherwood’s and Sinclair’s classrooms are helping to break down the elitist barriers around classics.

How these changes will fully manifest themselves is still unclear, but the discipline will have to be creative to keep up with the 21st century. Perhaps in the future we could see local groups celebrating the Festival of Dionysus, or the government promoting classics in Deis schools.